Let’s Save the IKEA Monkey

Darwin’s in danger of losing his home, but you can help save him. 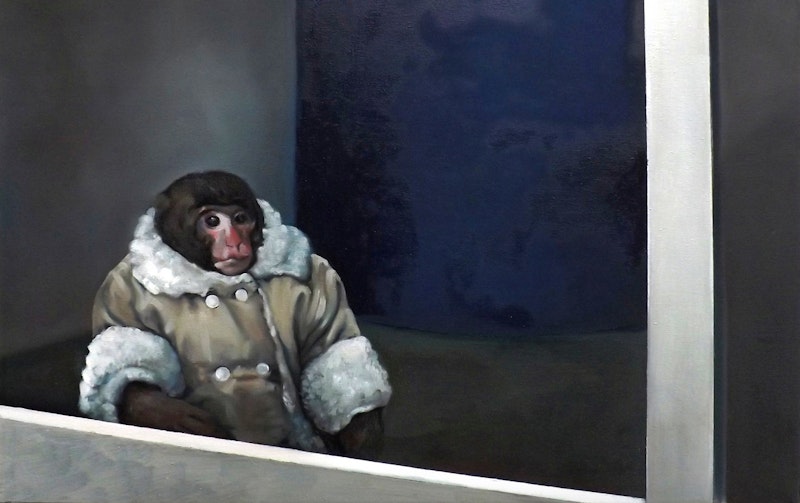 Remember the IKEA Monkey? Who doesn’t? Didn't it happened last year? I was in my apartment a month ago and out of the corner of my eye, I could’ve sworn I saw the little rascal in his fine beige fur coat, posted up in the corner of the kitchen. Alas, it was just a pile of blankets and a pillow. It was a nice reminder of dapper Darwin, who actually made his trip to IKEA at the end of 2012. The meme cycle has obliterated my short-term memory. The IKEA Monkey is equally as enjoyable and potent as The Dress, or Fresco Jesus, but I was surprised how few of my friends remembered or even knew about Darwin in the first place. The other day I asked, “Why isn’t there a Wikipedia article on the IKEA Monkey,” and a woman named Erin (@EOBwrites) implored me to write the article myself, which I’ll do as soon as possible. Because Darwin is more than a mink, he’s more than a meme—he’s a monkey. A living, breathing monkey that’s in danger of becoming homeless.

The Story Book Farm Primate Sanctuary has been Darwin’s home since he was repossessed by the state immediately after his trip to IKEA. Apparently it’s illegal to have a monkey as a pet in Ontario. Maybe the proper permits weren’t filed, but you can’t say that guy wasn’t loved by his former owner—I mean, the coat itself, fabulous. But at least he wasn’t put down on the spot, and Story Book sounds like a pretty nice place, based on this woman that tweeted at me. Unfortunately, they’re almost out of money and in danger of being foreclosed upon, which means not only the end of the sanctuary, but the end of the road for all of their monkeys there, as well. Everyone, please—we cannot let this happen. I know this sort of thing happens every day at overcrowded and underfunded animal shelters, and we can’t save everyone all the time right now. But we can save Darwin. The IKEA Monkey cannot be cast away like this, in such an undignified and tragically arbitrary way. We can save the IKEA Monkey.

Erin from Twitter implored me to donate to The Story Book Farm Primate Sanctuary to save the lives of dozens of monkeys, including Darwin. The IKEA Monkey may be the Sanctuary’s most famous resident, but how could he go on without his Story Book friends? So please, go to this page and give what you can. It would be such a kick in the head to have the IKEA Monkey thrown out onto the streets because of insufficient funds. Show him, show them that you care, that he’s more than a meme, he’s a friend for life.