Nathan Hill’s debut novel is the most overrated book of the year. 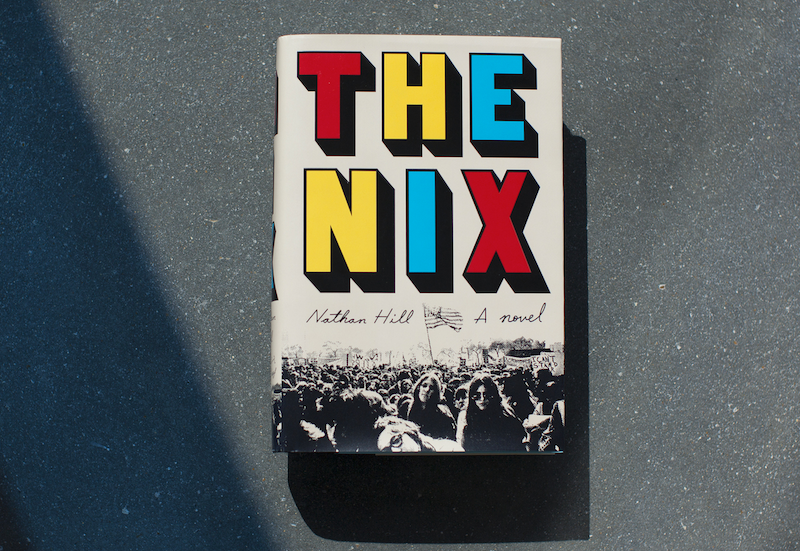 About four months ago, The New York Times published a rave review of a new “ambitiously panoramic” novel, Nathan Hill’s The Nix, a socio-political satire that reads like “the love child of Thomas Pynchon and David Foster Wallace.” I was in the middle of Infinite Jest, and I bought Hill’s book sight unseen, crazy for any contemporary work that applied Wallace’s manic maw on Trump’s America. Infinite Jest may have come out in 1996, but it’s aged remarkably well for a piece of speculative fiction that imagined a near-future dystopia of Americans subdued and pacified by home entertainment, to the point where the free market has to work around the population’s increasing unwillingness to leave the house unless absolutely necessary. InterLace, the book’s entertainment home delivery system, eerily resembles Netflix, and despite the presence of cartridges, Wallace managed to nail not only the mechanism but the effect that it would have on people: the path of least resistance is always the most travelled, and populist revolution becomes impossible to imagine. The centerpiece of the book is a weaponized entertainment so engrossing that people cannot draw themselves away from it, and end up dying blissfully of dehydration, soaked in their own urine and drool. That’s just one strand running through Wallace’s magnum opus, and it remains a colossal achievement despite all the posthumous hagiography that followed his suicide in 2008.

Teddy Wayne’s Times take on The Nix makes it sound tempting, but don’t be hoodwinked by people desperate for a new sensational literary talent or an event book. The Nix is all puff, a bunch of hot air and sub-Franzen realism that never once comes close to the work of the postmodernists that Hill has been compared to. Wayne says, “Hill has so much talent to burn that he can pull off just about any style, imagine himself into any person and convincingly portray any place or time. The Nix is hugely entertaining and unfailingly smart, and the author seems incapable of writing a pedestrian sentence or spinning a boring story.” Quite the contrary: the writing just gets sloppier and sloppier as it drags on. The story is one big shaggy, saggy mess. The book mostly flips between 2011 and 1968, and follows Samuel Andresen-Anderson, a failed writer with an expiring book contract and no ambition beyond subtly humiliating his nitwit university students and playing World of Elfscape with other losers online. Hill really didn’t need to change the name of World of Warcraft and replace it with such a lazy stand-in—why worry about a brand name dating your book when it’s already dated by a focus on Occupy Wall Street as some profound analogue of Chicago in 1968?

Samuel cries a lot, and when he’s shown growing up with his aloof and easily irritated mother, he frequently breaks down in tears, his meltdowns leveled and categorized like hurricanes. His mom abandoned him and his dad when he was 11, so of course he’s a pathetic mess. His mother Faye is a reformed radical, and we spend an inordinate amount of time with her at college in Chicago as she’s unwittingly caught up in a very dynamic historical moment. Hill’s vision of 1968 feels fifth-generation, Xeroxed and laminated with no trace of life. You’ve seen this two-dimensional picture of smelly hippies and blockhead cops with clubs in countless documentaries about the most overrated decade in American history. Hill is at his most pedestrian when he’s putting words in the mouths of Walter Cronkite and Hubert Humphrey, and to what end? The Nix isn’t a contemporary novel because it spends so much time in a recycled version of the past that doesn’t exactly need revisiting. The most fascinating bit—Samuel agreeing to write a book about his estranged mother once she emerges from hiding in a spontaneous act of protest when she throws a handful of stones at an obnoxious but popular Republican goes nowhere. There’s nothing that pertinent in the book because Hill has been writing it for 12 years, and was initially inspired by the protests at the RNC in New York in 2004.

Hill’s observation of disposable plastic pop culture and the soul-sucking atmosphere of American airports is nothing new, and the book just gets exhausting as we’re led through a simplistic and uninteresting family story that in the end offers no resolution. It’s a pleasure reading his colorful editor Guy Periwinkle routinely emasculate and belittle him. For all the shit Jonathan Franzen gets for being a square white guy, he knows how to write multi-generational realist stories about middle class American families. Freedom is a terrific book, one that I expected to hate, and was quickly bowled over by. A year after reading it, his characters and their traumas are still kicking around in my head.

I finished The Nix about a month ago and forgot about it until this week when I was looking over year-end book lists. I wouldn’t bother writing a review of a book that came out four months ago otherwise, but I’m still perplexed by the praise it received. Payola? Hill leaves loose ends all over the place: Samuel’s decade-long pining for childhood love Bethany is sort of resolved, but it’s technically messy, and not at all nuanced or human. The Nix is a failure, offering jejune observations about sensational cable news coverage instead of building a compelling and scary dystopia that reflects our current state of affairs.