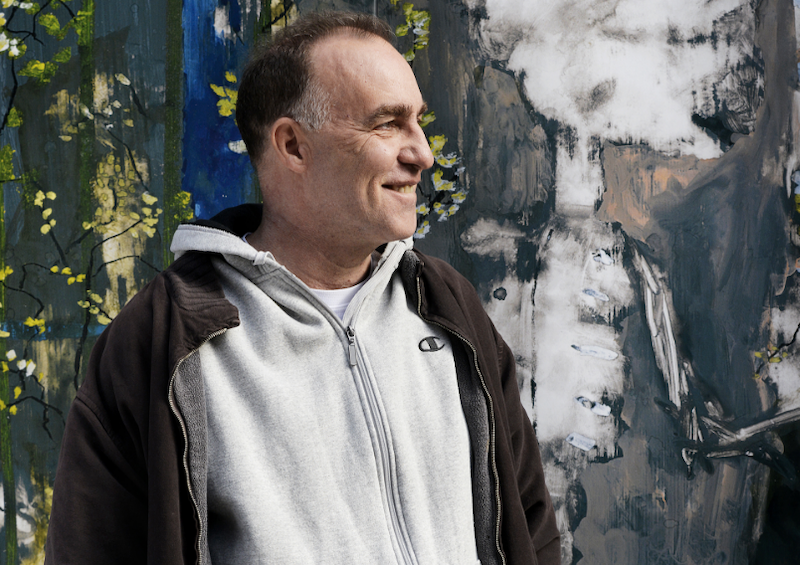 Saxophonist, bandleader, actor, music composer, painter, writer, and producer for television—there aren’t many people who can list such credits on their resume. John Lurie, who first made a splash in the 1970s as the saxophonist and frontman for the avant-garde “punk jazz” band, The Lounge Lizards, is one of the few. The band would eventually complete four studio albums and six live albums, during which time Lurie was also successfully pursuing a career as an actor in 19 films, some of which he scored.

Twenty-six-year-old John and his brother Evan founded the Lounge Lizards in New York City in 1978, an edgy time when a feeling of decline and foreboding permeated the city. In an era when many were looking to flee the impending dystopia, the so-called No Wave bands of New York, such as Suicide, Teenage Jesus and the Jerks, and DNA, embraced it. The Lounge Lizards often got lumped in with the No Wave bands by people eager to pigeonhole their sound, but their level of musicianship (to join the band you had to be accomplished at playing classical music, jazz, rock ‘n’ roll, and African music) was higher, and they didn't sound much like those other bands. Perhaps the common thread was a shared creative ethos to transform chaos into art.

The Lounge Lizards made a major splash. Lurie became a luminary in New York’s cool, counterculture downtown scene, becoming a regular at the Mudd Club. People like neo-expressionist Jean-Michel Basquiat, a budding superstar in the art world, wanted to hang out with him. There were a lot of drugs passed around at that time, and quite a few casualties.

Lurie pursued an acting career when not in the recording studio or touring the world with The Lounge Lizards. Onscreen, he often projected a persona of cool insouciance that speaks of all the hundreds of hours he'd spent in jazz clubs over the years. With his acting, Lurie appears to rely more on pure intuition and trust in the material and director he's working with than pure technique. He starred in—while composing and performing the scores for—Jim Jarmusch’s two best films, Down by Law, with Tom Waits, and Stranger Than Paradise. He also appeared in Martin Scorsese's The Last Temptation of Christ, Wim Wender’s Paris Texas, and David Lynch’s Wild at Heart.

There was also a unique excursion into television with a quirky, tongue-in-cheek early-1990s Bravo/IFC “fishing” show called Fishing with John, in which Lurie would go on fishing trips to various outposts of the globe with such hipster celebrity friends as Waits, Willem Dafoe, and Dennis Hopper. There was little of the good ol’ boy banter of a standard fishing show. One critic called the program—which Lurie starred in, produced, directed, and scored—Waiting For Godot on water. It was full of obtuse, purposefully ridiculous, and often hilarious interactions between the fishing buddies. There was also an unreliable narrator prone to such musings as: “How deep is the ocean? No one knows.” At the end of the episode guest-starring Dafoe which involved ice fishing on a frozen lake, he announced, “On January 19th, John Lurie and Willem Dafoe died of starvation.”

Things were humming along nicely in several fronts for Lurie until 2004, when he was diagnosed with Advanced Lyme disease. The debilitating condition forced him to spend most of his time in his Soho apartment, making it difficult to pursue his music and acting careers. Fortunately, he had another relatively untapped talent to fall back on. Stuck inside all day smoking cigarettes, he returned to painting.

After three decades of living in New York, Lurie decided to leave. He spent some time in a Turkish village, stayed at his friend Flea’s place in Big Sur, and resided for a while in Palm Springs, before ending up on a Caribbean island. He was a painter now—not the type of hobbyist painter you become when you're stuck at home and need to stay busy, or when you want to leverage your celebrity to sneak your way into a new field—a real painter who was selling his work. His mother had taught art at a university, so his lessons had started at an early age. Painting was a career Lurie could have successfully pursued even before he'd gained a name for himself in other fields, although there were always the doubters—the ones who resented this arriviste who’d crashed their exclusive party.

Lurie's paintings, which often project an intentional sense of naiveté, are striking for their extraordinary dream-like quality. Some have eccentric-sounding titles like, “The Spirits Are Trying to Tell Me Something But It’s Really Fucking Vague,” and “King Pig Turned Flowers Into Language,” that people may often read more significance into than the artist intended. The paintings are full of beautiful colors and the quirky, droll humor that's a common thread in all of Lurie's work, including his music. You might see some echoes of Paul Klee or Bruegel or Jackson Pollock, but the paintings don't fit neatly into any particular category, just like his music. You'll also see a lot of flora painted with great skill, and animals—especially birds.

Now 64, Lurie still struggles with his Lyme disease, but he remains a real, modern day Renaissance man who’s always defined himself by his refusal to recognize boundaries for his creative energies and diverse talents. To do a blues album (The Legendary Marvin Pontiac: Greatest Hits) that he'd sing and play guitar and harmonica on, he adopted the persona of Marvin Pontiac, the son of an African father and Jewish mother. Lurie’s art has been shown in galleries and museums around the world, and his soundtrack for Get Shorty was nominated for a Grammy Award.

Lurie, once the quintessential urban artist, is still far from New York these days. He's still living on the same Caribbean island. In an email exchange with him, I asked him what island life was like. He said he could see the ocean from his place, and that there are mango trees, papaya trees, and flowers everywhere. In the dry season, iguanas walk through his yard. I asked him how the painting life compares to the music life. “Painting became for me what music once had been,” he said. “I didn’t suspect that was possible. And the wonderful thing about it, you can just do it, at home in the middle of the night. No broken sound systems, dishonest promoters, no musicians who don't understand the concept of calendars or clocks. Of course, the art world tends to be creepy but I keep my distance. I just make these things that I find beautiful. They hypnotize me.”