It All Led to The Dark Tower 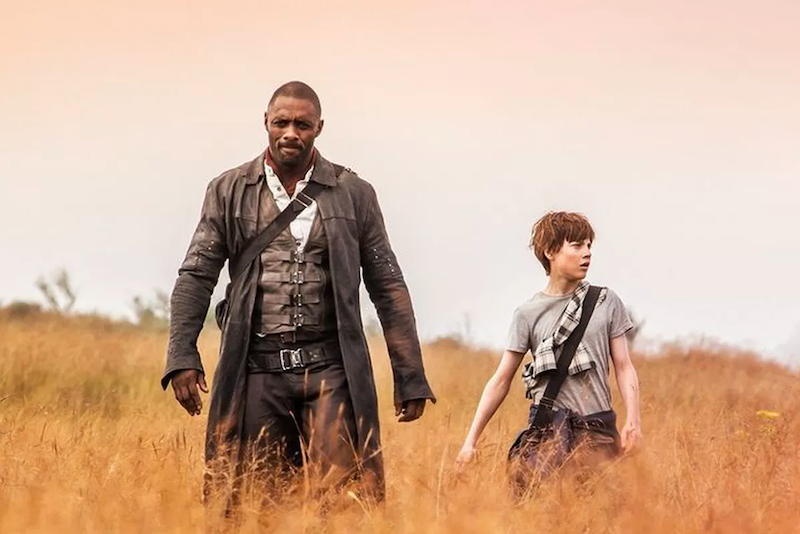 The film adaptation of Stephen King’s Dark Tower is okay but not spectacular, which is unfortunate, since half of Western civilization’s heroic traditions have been building up to this film.

Idris Elba plays a gunslinger hero who hops between universes—battling an obvious Satan stand-in and frequently repeating a prayer/vow about remembering the face of his father. Sounds like the Bible to me.

But wait—he’s also got guns molded from the metal that used to be Excalibur, so he is also the inheritor of the mantle of King Arthur.

That’s not all. The Elba character’s name—and his destination, which gives the film its name—comes from Robert Browning’s mid-19th-century poem “Childe Roland to the Dark Tower Came.”

From the late-19th century, Roland gets his cowboy m.o. From mid-20th-century DC Comics, he gets the name of his temporary home, the “Keystone Earth” of the multiverse, DC having unveiled the idea of the multiverse back in 1961 when the superheroic Flash of Keystone City met the newer superheroic Flash of Central City, the two hopping the vibrational barrier between worlds to team up.

Then there’s the circa-1970s prog rock influence on the film, with the villain, played by Matthew McConaughey, sometimes being called “the Crimson King”—but he has gone by many names including Walter, Randall, and the Man in Black, that last one making him either Satan, an agent of aliens, or Johnny Cash, maybe a little of all three.

Atop all that add numerous references to (Stephen, not Crimson) King’s other works, including a rickety “Pennywise” amusement park sign that should remind moviegoers of the forthcoming It adaptation, the use of the power of “The Shine” by several characters, and a reminder that on each Earth in the multiverse someone must take a “stand” against McConaughey—and this is a battle that plays itself out over and over, with most worlds dying in the end.

But then, McConaughey told us on True Detective that “time is a flat circle.” Maybe it is all connected.

One odd connection between True Detective and Dark Tower is this: Both featured glimpses of a sinister spiral symbol akin to ones the real-life FBI says are used by pedophile rings to signal membership to each other, causing them to figure prominently in some recent conspiracy theories about what the global political elite may be up to behind closed doors.

It may be mere happenstance that Dark Tower’s plot ends up centering on a kidnapping ring literally led by Satan and fake child psychiatrists nabbing kids and taking them to alternate universes via a big-city restaurant hideout, but I doubt the spiral symbol adorning the restaurant’s logo was an accident. Will the conspiracy theorists be pleased or frightened? They can probably safely assume the film’s writer/director, Nikolaj Arcel, dislikes covert criminal conspiracies, since they’ve been a recurring theme in his work, including his screenplay for the original Swedish film version of Girl with the Dragon Tattoo.

From the Bible to the latest political paranoia—and of course bits and pieces of the eight books in King’s Dark Tower series of novels, crammed into what may be too small a container here—this movie has it all, though maybe it should have been more tightly focused. Adding to the weird mix, probably through no fault of the filmmakers, I got an e-mailed ad from Fandango for the film that used the slogan “Their war, our world,” which is catchy, so catchy it was already used as the slogan of the 2007 Transformers movie. (Maybe Keystone Earth is also the planet Cybertron. All the pieces really are coming together!)

The fact that the whole battle between the gunslinger and Man in Black for the fate of the multiverse and the protective tower at its center is seen from the perspective of a kid named Jake (from Keystone Earth) helps a bit. It encourages us to judge the whole film by the standards of an unpretentious adventure for kids, and by that low standard, it does all right. The cast is very good. The pace is brisk. The stakes seem high. Maybe the multiple Earths, barely glimpsed or developed here, can be explored in more detail in the planned TV series (if that plan doesn’t get nipped in the bud when the low box office returns for the movie are evaluated).

Still, if I enjoyed Dark Tower—and I did, a little—I’m surely guilty of thinking like a conceptual artist. What do you expect from a guy whose favorite singer is David Bowie and whose favorite comic book writer is psychedelic anarchist Grant Morrison? From a guy who’s sticking with this season of Twin Peaks to the bitter end (more about that some other time)? The execution may not be perfect, but I’m just cold-blooded enough to award some points for the ambitious abstract idea. “Multiple heroic traditions lead to a showdown at the center of the multiverse” beats “Drunk sister keeps interrupting date” or whatever the plot of the latest rom-com is.

Maybe, to paraphrase the gunslingers’ oath in the film, “I do not watch with my eye. He who watches with his eye has forgotten the faces of his culture’s heroes. I watch with my mind.”

If this isn’t the climax of all of Western culture, it’s at least a neat little synopsis of “our story so far” before we move on to the next thing—the eclipse on the 21st or nuclear war with North Korea or what have you. You might enjoy this de facto greatest-hits montage before the next hellish thing happens.