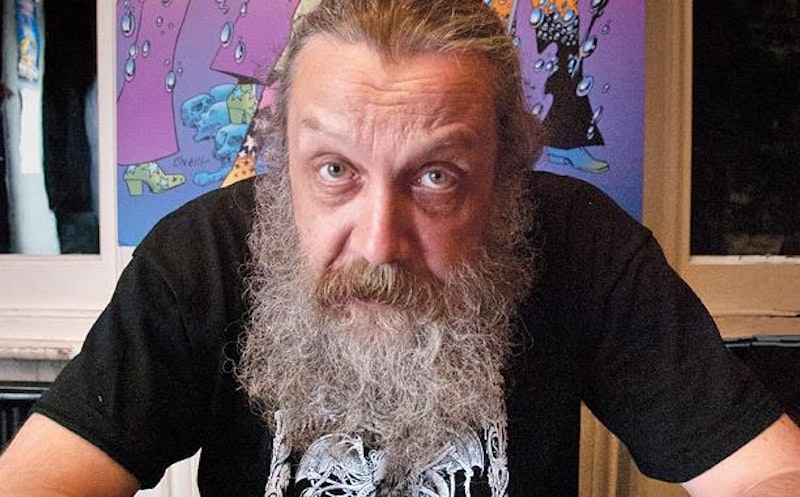 I assume this week’s new Bond film will cement the PC-ification begun in Skyfall, which is fine. The process was probably more obvious to British eyes than to most Americans’. In the space of that one film in 2012, we learned Bond grew up in Scotland, M is Irish, and Miss Moneypenny will now be played by a Caribbean-descended actress. If Daniel Craig makes good on his threats to leave the role, perhaps Bond will even be played next time by Idris Elba, the son of African immigrants.

As usual, there’s nothing wrong with the result per se, but the mad scramble to fulfill the whole affirmative action quota all at once can seem forced, sometimes doing a disservice to both art and the natural, organic, easygoing approach to real human coexistence—sort of like suddenly subsidizing an influx of hundreds of thousands of immigrants from war-torn countries after decades of restrictive quotas.

But the fates of the populations involved in works of art—and political debates—like these have been intertwined for millennia, so trying to reduce it all to any short-term in-group/out-group or us-vs.-them dynamic is bound to yield politically-stupid, simplistic results.

It might be tricky squeezing Spike Lee’s film Chi-Raq, out next month, into a simple left/right formula, for instance. Its depiction of black women in Chicago withholding sex from their men might ruffle some conservative feathers, but the characters are doing it to pressure the males into ending black gang violence, a fairly conservative goal—and the idea is borrowed from Aristophanes’ 2,400 year-old play Lysistrata, which depicted, an attempt to get the Greeks to stop warring among themselves. Can’t ask for more traditional, classical roots than that.

Lee and the Bond filmmakers are all moderates in some sense, in that at least they maintain the bourgeois hope we can all reach some sort of compromise and get along. Nastier in some ways, much as I love him, is the attitude of British comics writer Alan Moore, who explains in a new video interview why he loves American horror writer H.P. Lovecraft but dislikes the American sci-fi character Tom Swift, who happens to have been my first big childhood fictional inspiration: an optimistic, blond-haired boy inventor-capitalist fighting criminals and communists.

Moore says that sort of forward-looking American techno-optimism (which I’m pleased is with us still) is “one of the worst things ever to happen to science-fiction,” a sort of self-congratulatory delusion reigning throughout the roaring 1920s, from which we only recovered after Hiroshima had given us back the proper amount of self-doubt. He says that healthier, humbler attitude dominated the better post-WWII sci-fi, until George Lucas came along in the late-70s and “turned the clocks back to the science-fiction ideas of fifty years before.”

But faced with a choice between plucky Tom Swift and the existential horror-monger Lovecraft (much as I enjoy both), I ask you: which one was the fascist? Tom Swift may have been naïve in thinking nothing could go wrong with his “atomic pile-driver” or his “polar-ray dynasphere,” but he wanted everyone to be happy and safe. Lovecraft was a eugenicist and early Nazi sympathizer who thought that black people and mental defectives were the real-world version of the twisted mutants in his fiction.

Moore is a left-anarchist and would be the first to warn about the dangers of real-world fascism, but might there be a point at which the sheer negativity of his worldview, like Lovecraft’s, becomes a sort of self-fulfilling dark prophecy? My favorite comics writer, Grant Morrison, like Moore a UK left-anarchist, has argued as much, and Moore isn’t fond of him. Moore no doubt also has grave doubts about James Bond, who Moore’s comics have parodied, and looks warily at King Arthur and the rest of the Empire as well.

In fiction, at least, I’ll take a gradually-diversified, more cautious MI6 and a slightly less-radioactive Tom Swift over the snarling, sneering, reverse-sadistic, burn-it-all-down attitude of Moore and some other UK left-anarchists, I think. I may be an anarchist of sorts myself, but first I’m bourgeois. That’s what keeps the world sane, obviously.