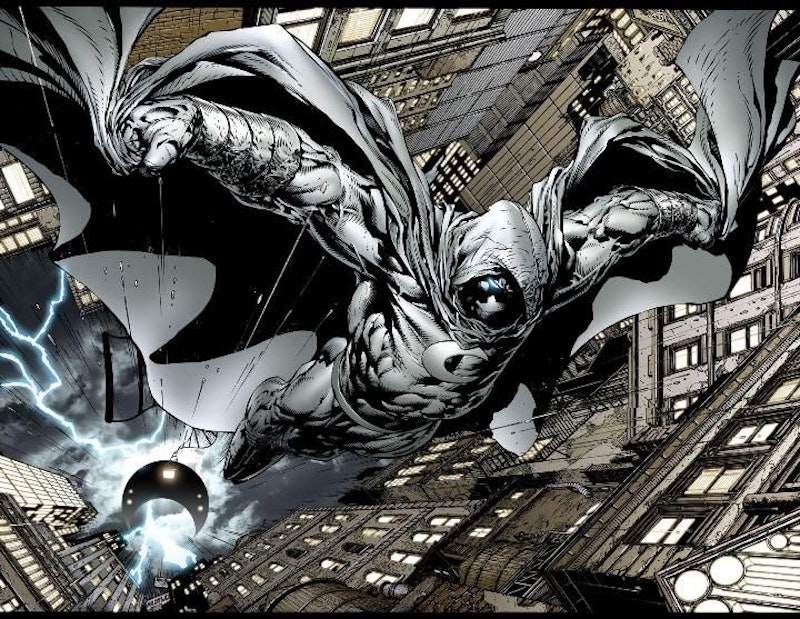 John Landis is bored with the Marvel Cinematic Universe. The veteran director of Animal House, Trading Places, Coming to America, and Michael Jackson’s Thriller, was recently interviewed by the Irish Independent and said: “I’m just... truthfully, I'm bored shitless with the Marvel Universe now. All the superhero movies tend to be interchangeable, you always have these mass destruction of cities and huge computer-generated extravaganzas to the point where you could take a reel from any of the Marvel superhero movies and put it any of the others and nobody would notice. They're very well-made, it's just they're the same thing over and over again. But, I don't know, people are showing up. One of the reasons Wonder Woman has been received so well by the critics is that it doesn't destroy cities! Even the superhero stuff is on a very human scale, it's the gods! We're not seeing skyscrapers tumbling!”

Landis is absolutely right. But it doesn’t have to be this way. Marvel has the money to make a truly great film. In my view, it would be based on the incredible 2012 Moon Knight limited comic written by Brian Michael Bendis and illustrated by Alex Maleev. The series was cancelled for low sales, proving that most modern comic book fans are idiots who want the same junk sold to them over and over again.

Moon Knight is a man named Marc Spector, who produces an action and adventure television show in Hollywood. Spector also suffers from mental illness, a multiple personality disorder that leaves him prone to hallucinations. Spector often imagines he is talking to A-list heroes: Spider-Man, Captain America, Wolverine. And yet when Spector discovers a genuine danger, he begins to have real interactions with the heroes—or does he? When are the characters real and when are they not?

This leads to some ingenious writing and characterization, and a story that could be turned into a film that has both style and substance. In order to combat his enemy, Count Nefaria, Moon Knight creates imitation weapons meant to work like the real thing: Captain America’s shield, Spider-Man’s webbing, Wolverine’s claws. It’s a classic example of what the Jungians call “animus integration,” collecting powerful male energy.

When it comes down to a face-to-face confrontation with Count Nefaria, Moon Knight’s ersatz powers fail. But because he had called the Avengers—the real Avengers—he’s saved in the end. As Count Nefaria is dragging a beaten and broken Moon Knight through a parking lot, the heroes that Spector has been talking to in his chemically imbalanced mind actually appear. “You see them too, right?” Moon Knight asks Nefaria. It’s a touching and powerful line, revealing the kind of adult human vulnerability that comics aren’t interested in showing anymore.

Marvel is hoping to retain its huge audience by repeatedly rebooting its classic characters like Spider-Man and the Avengers. At the same time it’s succumbing to the diktats of modern multiculturalism. Thor is now a woman, the Hulk is Asian, and Iron Man a female African-America teenager. There are new villains and new directions for the iconic characters, and there has been a backlash to this innovation, and in response Marvel has announced a new initiative, Marvel Legacy, that seems intent to return to the golden age of comics in the 1960s.

Marvel doesn’t need to go back to the space age, and it doesn’t need a transgender Hulk. It needs to make Moon Knight into a film.