I'm Not Afraid of Ghosts

Tagging along for a ghost tour of New York City. 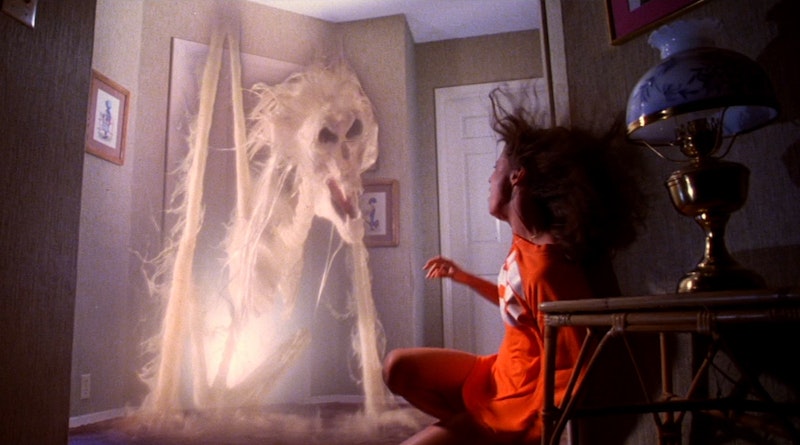 Since I was a child and watched Poltergeist I’ve been irrevocably fucked up. My fascination with ghosts stretched past that movie, though, as I read every book on exorcisms and haunting I could find. When I moved to NYC, I began thinking of ways to experience the creepy side of the city. It was a stretch to think there was anywhere in this city that would be able to give me the same feeling that Poltergeist did, but I was determined to try.

Dr. Phil’s Walking Ghost Tour of New York was the first Google result that popped up when I typed in Walking Tours of NYC. This Dr. Phil doesn’t try to save reckless teens on daytime television, but he does want to educate you on the history of Greenwich Village. Started in 1995, the ghost tour company isn’t concerned with the theatrics and fluff that other ghost tours rely on. There won’t be smoke and fog, and there won’t be a tour guide putting on a gloomy accent while holding a lantern trying to spook you. I sent an email with a media inquiry to the site, and within two hours got an email back with a phone number to Dr. Phil himself. When I dialed the number a jovial and wheezy man answered the phone and we arranged to meet after doing the tour with an Edgar Allan Poe theme.

I arrived on time and mixed with a rag-tag group of tourists and a perky strawberry blonde woman named Karen, who was the tour guide. For the next two hours I learned about the Shirt Waist Factory fire, and the grisly fact that there are a rumored 20,000 bodies buried under George Washington Park.

When I was able to pull Karen aside I asked if she ever had any ghost activity occur during the tour. She told me about a time in New Orleans when she felt a ghostly presence sit in her bed. I wasn’t sure what I was expecting, if I was hoping she had experienced some tragic event that drew her to ghost stories and the great beyond. She wasn’t trying to amp up the theatrics for her audience or tell salacious stories; she was there for the history and the paycheck. I really admired that.

Other things we experienced included watching everyone else on the tour smell a bunch of sap coming out of a tree that’s supposed to smell like the coagulated blood of the people buried underneath it. What got my heart racing was the sighting of Anderson Cooper stepping out of his house looking pissed as we all peered into the windows of his firehouse home. I wanted to stop and ask him for a picture, but refrained because he looked infuriated that we were surrounding his front door. When I asked Karen about Anderson’s demeanor she replied, “Yeah, we’re technically only supposed to look at his house from across the street.”

The tour concluded with Karen reading the first 13 stanzas of Poe’s “The Raven” on the stoop of a saloon where he first recited it to an eager crowd. The rag-tag group of tourists and older natives politely clapped and handed over gratuities to Karen. I asked her about the craziest thing she’d seen on a tour? Her answer didn’t surprise me, which may have been the scariest thing about the entire evening. “I saw two people on this sideway right here,” she motioned a foot away from where she had just been reciting Poe, “they were completely naked and going at it.” I took it in stride.