I Left My Heart In New York City

Trading in the Five Buroughs for some Southern charm. 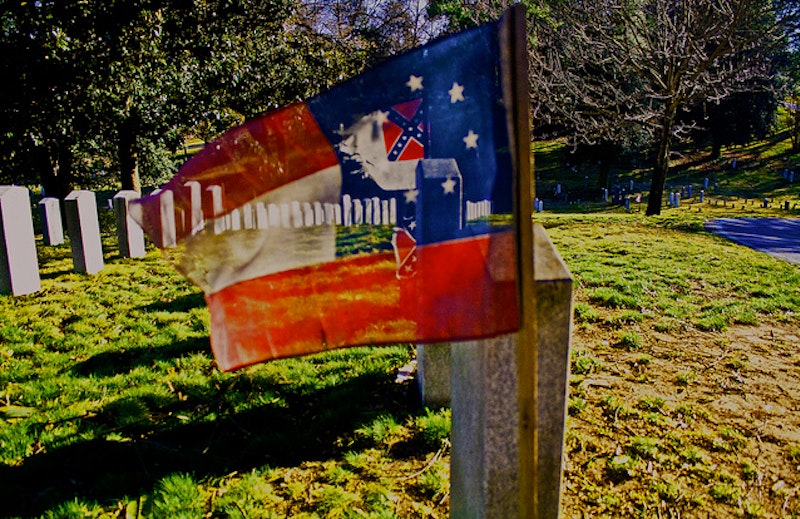 Sometime this summer, me, my sequin catsuits, along with my obtrusive headpieces and PVC pants will be moving to Richmond, Virginia to take up a faculty position at a university in the area. I never thought that I’d venture so far south, and by “south” you know I mean below Canal St. in Manhattan. But the wonderful thing about the opportunity is I will actually get to have the best of a lot of different worlds. The faculty and students are excited about my work (cool!), and I’ll have the freedom and space to do the kind of projects that brought me into this business anyway, which means less talk about dead white people and more stuff on disco balls and lace front weaves. So you know what that means: I’m teaching a class called “Lady Gaga” in the Fall, and it is going to be ridiculous.

I may be physically in Richmond but mentally and emotionally I will still be in New York because... it’s just... I am New York Fucking City, and that’s a piece of my personality that—sorry—I can’t get rid of, tone down, or not be deeply engaged with, and this means I’ll be back in the city and the bosom of my rent-stabilized Brooklyn apartment as frequently as possible. But one thing that excites me about Richmond, aside from teaching this Lady Gaga class and just generally doing my own thing, is in thinking about ways to contribute creatively to the vibrant RVA arts scene. I’m already in the beginning stages of thinking about a scandalous monthly party to create that I hope the police will always have to come shut down.

The amazing thing about RVA is that despite its history as the capital of conservatism and, like, slavery and everything, there is a powerful arts community, anchored in part by Virginia Commonwealth University, whose School of Art is consistently ranked among the top art programs in the country. In some ways, ultra-conservative communities tend to have an aggressive avant-garde undercurrent as a way to push back against norms. It’s the typical “son-of-a-preacher” syndrome: Daddy is mean and locks you in a box, seals your world view so, to retaliate, so you become a slutty bisexual cross dresser who sings in a screamo band and dropped out of school to “make art.” That’s what Richmond seems like, from what I could tell.

But that strong, conservative feeling is visible throughout the city. I mean, I saw a number of Confederate flags on the backs of pick-up trucks—of course!—and started to think... oh fuck. When I was getting a tour of Richmond, we drove down Monument Ave., which is a European style grand avenue punctuated with a procession of statues of people like Jefferson Davis and Robert E. Lee. Um, hello, Confederates! I’m gay and black and fabulous and I’m right here! Eat it. So naturally the first thing that comes to mind, for me anyway, when imagining the social geography of a place like Richmond is the racial politics. Is racism strong? What is the role of confederate values in Richmond today? Do some, like the very white people celebrating Confederate History Month and the Sons of Confederate Veterans, get me?

Monuments celebrating the Confederacy aside, because there’s always something to be said about who gets memorialized and, in fact, what gets memorialized, there’s one thing about Richmond that makes extremely plain the way the city thinks about race. There is a fabulous high-end shopping mall called the Short Pump Town Center, which holds the only Urban Outfitters, Whole Foods, and Apple Store in the Richmond area, all places I obviously need to be able to get to. I don’t have a driver’s license, and I refuse to get one, so I rely on public transportation to get where I need to be. But in Richmond, there is no public transportation whatsoever, from the downtown urban core to the Short Pump. This, to me, is very odd. Wouldn’t a mall want to be a destination—especially given the student population in Richmond—and make it so that anybody could come and waste their money in your space?

I have lived in a lot of different places, and it was always easy to get to the big malls from the downtown urban core. Most malls are usually located in expensive suburban districts next to the highway making them a destination. I could get to Briarwood in Ann Arbor like that, and in New Haven it was no problem taking the bus from the Green to the mall. So far there seems to be no public transportation to the mall from anywhere in urban Richmond, which suggests a great deal about how Richmond and the county that the mall is located in feels about race and class. Look, they don’t want any poor minorities to disrupt the tranquil, classical music-filled Disney oasis they have spent millions of dollars creating, especially not since malls have recently become targets of reform as “troubled, urban youth” (i.e. black people) are seen as a threat to the space. This, of course, touches the historical precedent that the presence of black bodies (on the covers of magazines, in neighborhoods, etc.) drives down property value.

It will be interesting spending some time in a city that has a deep history of racial strife, but that also appears to have a much more progressive undercurrent. In some ways I do enjoy the contradiction because, to paraphrase the French philosopher Jacques Derrida, meaning is created through difference.