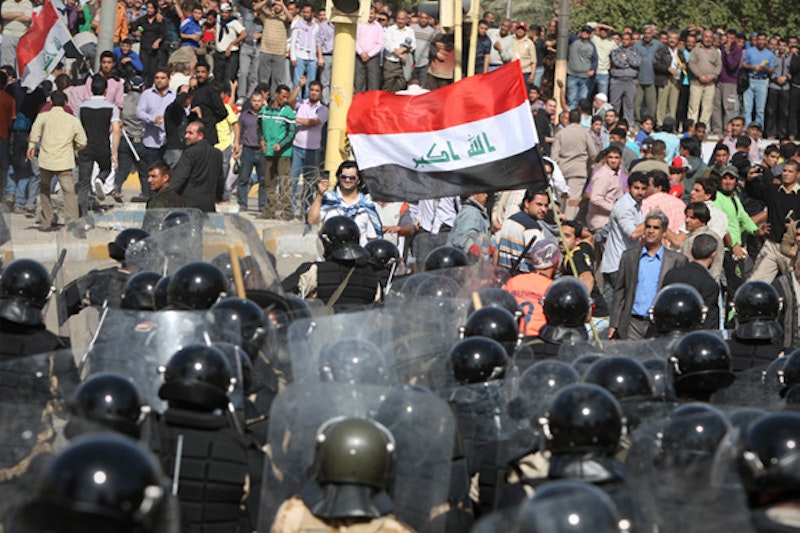 Near the end of Caspar Melville's Taking Offence, I finally put my finger on what it is that I hate about it and several other books in Seagull Books' “Manifestos for the 21st Century” series. The problem is that these volumes are insufferably British. National delusions help to mold our character, both for good and ill. Americans see themselves as basically “good,” Canadians are “nice,” and Brits are “clever”—in this case, clever to an extreme fault.

This series of short hardbound books is underwritten by the Britain-based Index on Censorship, which bills itself as “the only international magazine promoting and protecting free expression.” Melville is editor of the simpatico secularist UK rag New Humanist. The two other volumes I’ve read are Giving Offence, by Guardian cartoonist Martin Rowson, and That's Offensive! Criticism, Identity, Respect, by Cambridge English Lit professor and Nation contributor Stefan Collini.

If you noticed that these are all men of the left, then full marks, Mr. Bond. They believe in the right of free expression, generally, but what happens when people use that freedom to say things they don't particularly approve of? And what is the result when their generic rhetoric about liberty collides with their cherished, quasi-religious beliefs about equality, especially as it applies to immigrants? That's when they get way too clever for their own good.

“What 9/11 has bequeathed the world of cultural and political journalism in which I work” Melville explains, “is a twisted kind of thematic coherence that constrains our way of thinking and provides a predictable track along which debates are forced to run.” He gives as his first example Dutch MP Geert Wilders. Wilders made the short film Fitna in response to the brutal Islamist murder in the streets of Amsterdam of his friend Theo Van Gogh. Melville describes the reaction to Wilders as “muted,” though he does admit that the MP requires “24-hour police protection.” He was also tried in some rather kangerooish proceedings for having supposedly violated his country's hate speech laws, but beat the rap.

If you believe in free speech, full stop, then the Wilders case and associated Muslim flare-ups in the Netherlands over the last decade—Theo Van Gogh and the cacophony over newspaper caricatures of Mohammad—represent a pretty good reason to stand up for the right to offend. But Melville isn't having any of it. Fitna “is a crude and revolting propaganda, stroking anti-Muslim sentiment,” you see, and we should not be suckered into lending it any support whatsoever.

Melville comes back to Wilders again at the end of the book by advising those in the press, “Do not get conned into supporting self-styled champions of freedom who consciously provoke outrage in order to boast of their martyrdom.” Melville explains, “If we are forced to defend their right not to be slain for whatever idiotic thing they do, we equally need to be rigorous in our condemnation of acts of calculated offensiveness.”

Play that again: “their right not to be slain.” I'd never heard it put quite that way before, nor had I ever thought that the right of non-slaughter need be paid for with steady tributes of PC hand-wringing. He explains that the press ought to “offend the powerful, defend the weak,” but to many of us “the weak” often looks like “the angry mob.” Maybe best not to poke at it with a stick, but still.

In Taking Offence, Melville makes some very good points. He goes on at some length about how the Western mania for speech codes only helps fuel Islamist grievance, for one. He critiques Osama bin Laden's highly politicized, almost anti-theological version of Islam, for another. Yet these arguments are swallowed up by his constant attempts to cleverly distance himself from the people that he might agree with if he weren't so worried about being branded a bigot. I found this insufferable, and I suspect that many Americans will have a similar reaction.