I Hope My Son Is an Earthy Greek Peasant

They know where it's at. 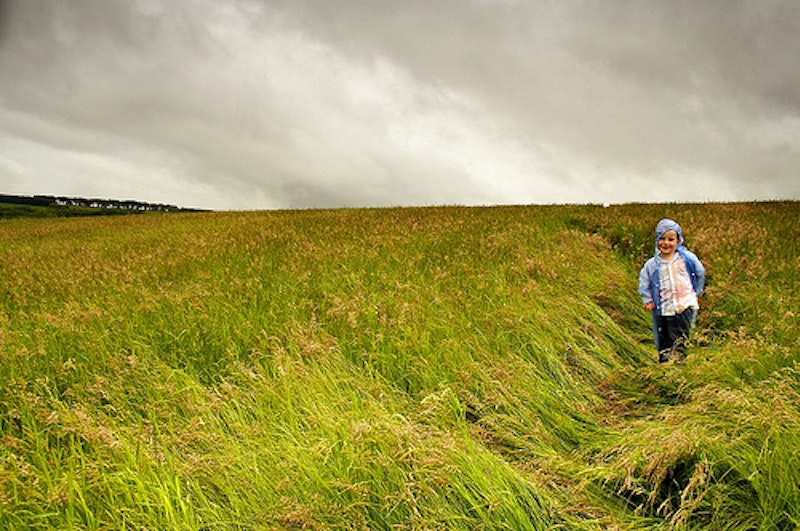 My son is eight years old. He runs and shouts and is generally a joy. I watch him gambol and leap in the backyard, and sometimes he vaults so high and bellows his high spirits so loud that it's like he wants to show the world what living is all about. I love my son. I hope my son is an earthy Greek peasant.

His teacher and I discussed my son the other week. “We call him Zorba,” she said, half-apologetically. I laughed. “Don't you love the hair on his wrists?” I said. We talked happily about my boy and when he might be ready to drink retsina or ouzo in a sun-struck, vine-covered Mediterranean village square while he appraised passing dark-eyed young women in loudly patterned rustic skirts.

I hate people who aren't Greek peasants. Who don't know anything about candles with wine bottles as holders or about passing a grimy wrist across our forehead after toiling from sun up in the earth's frugal bounty or spitting twice into the dirt and muttering a prayer to a saint with the matter-of-factness born of hundreds of years of tradition passed from parent to child, parent to child.

People who aren't earthy Greek peasants look silly with handkerchiefs knotted loosely around their weathered throats, their voices splitting as they let hoarse laughter echo in defiance of life's inevitable cruelty. If you aren't an earthy Greek peasant, you don't know anything about acquainting bookish young intellectuals with the mingled joy and sadness of humanity's common existential plight. If you aren't an earthy Greek peasant, you have never unwittingly rebuked a blasé cosmopolitan sophistication with your simple compassion for all who labor in need of their daily bread.

My son belches after drinking up his juice box and then settles to sleep. His face shows the age-old contentment and resignation of the human animal who encounters each moment in our natural existence as a gift that eventually will be taken away. Soon he will be awake again, and I think today he may finally dance out on the lawn, alone and arms outstretched as he performs the kalamatianos, fast-slow, fast-slow, moving to the sorrowful gladness of unseen bazoukis.

I really think my son is an earthy Greek peasant. But we don't know yet. When he grows up, he could be a warm, vibrant Latino alive to rhythm and strong interpersonal relations. He could be a down-to-earth, gruffly tender Italian-American who wears tight t-shirts and pays a lot of attention to combing his hair. Maybe he'll be a crinkly-eyed old Jewish person who knows amusingly obscene Yiddish expressions pertaining to human shortsightedness.

But I know this. I will love my son no matter what. I just hope he isn't a Scottish Presbyterian bank manager.