And the gathering of hippies. 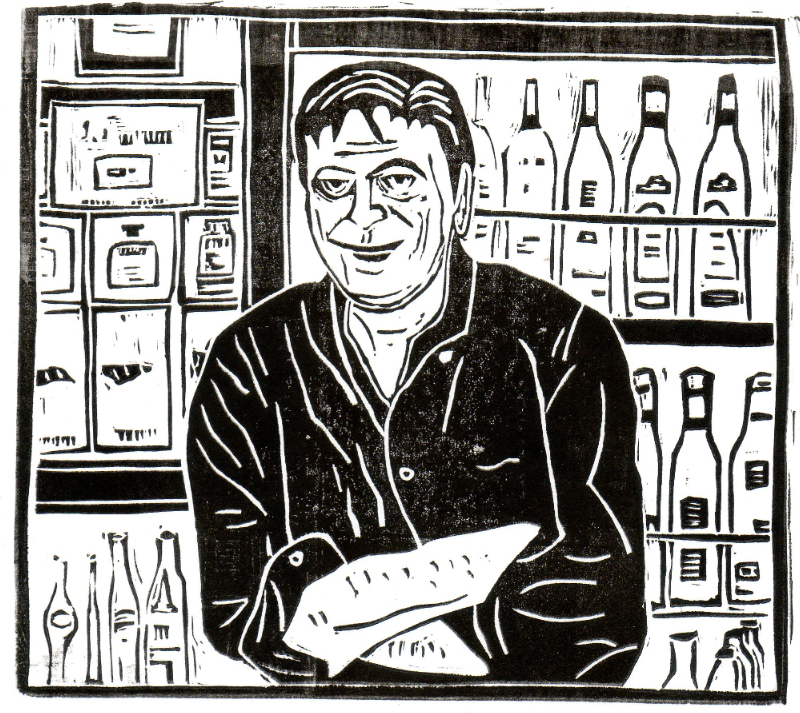 Tommy Bina is owner of the legendary Canyon Country Store in Los Angeles. Located halfway up Laurel Canyon, the store was immortalized by The Doors in the 1968 song “Love Street” as the "store where the creatures meet." Originally built in 1908 as a lodge for local hunters, the Country Store was the center of the Los Angeles counter-culture hippie movement in the 60s. Burgeoning rockers like David Crosby, Frank Zappa and Graham Nash would congregate at the store looking to score weed or a much-needed meal.

When Mama Cass Elliott first moved to L.A., she lived in the store’s basement (now a wine cellar). Bina bought the Country Store in 1982 and quickly became a staple of Laurel Canyon life. He loves to tell the story about the time a stylishly-dressed man came in asking for "Flakes," a British candy bar. When Tommy realized the man was David Bowie he began stocking the chocolate. He added "English Kit Kats" for Mick Jagger and specialty French wines for actress Christina Applegate. Though overpriced, the store is a place where music and film celebrities do their local shopping. I once inquired of Tommy, "Why is your milk is so expensive?" He responded, "Don't ask me, I don't shop here." Every year, Tommy gathers locals in front of the store for the annual Canyon "photo day." Tommy can also be seen on Sunday mornings with a garbage bag in hand cleaning trash from the Canyon streets. The store remains much like it was in the 60s and Tommy is the eclectic steward of Laurel Canyon history.