This generation killed it. 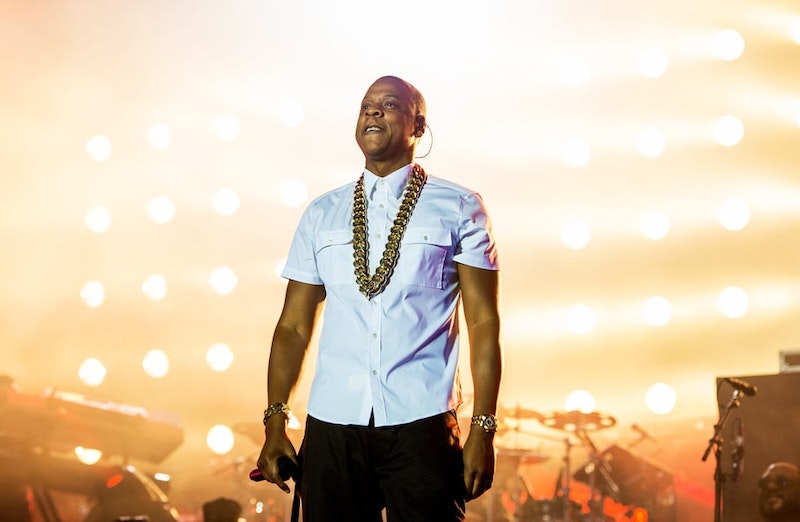 As tragic as the deaths of Tupac Shakur and Biggie Smalls were, they also created openings rather than voids. It left a generation of young and upcoming artists battling for those top spots. Artists who were so street, you hesitated to even call them artists. The mid- to late-'90s was a tremendous time to be a fan of hip-hop, as artists such as Jay-Z, DMX, The Lox, Big Punisher, and Eminem flourished. They carried the flag for hip-hop into the 21st century, while paving the way for those behind them such as 50 cent, Fat Joe, Kanye West, and the rest of Roc-A-Fella Records.

When I was in high school, Roc-A-Fella Records was more like a movement than a record label. Hallways were filled with kids wearing Rocawear coats and State Property shirts, with Air Force Ones and S Dots on their feet. Maybe it’s because I’m from Philly, but the signing of Beanie Sigel and the rest of State Property turned hip-hop on its head. People I went to school with couldn’t wait to tell you how they grew up on the same street as Beanie or The Young Gunz. If Jay- Z and Roc-A-Fella backed an artist during this era, their success was almost guaranteed.

The music was gritty, aggressive, and  violent. For me, it never inspired violence; it was more like a documentation of the lives of the people who grew up similarly to many of those I went to school with. The music was a creative outlet for the aggression pent up in adolescents. It stood for something and had meaning.

The early 2000s saw the re-emergence of artists who established themselves as hip-hop legends in the early-'90s, such as Nas and Dr. Dre. After the massively successful introduction of Eminem in 1999, Dre would go on to release his second studio solo album 2001. Nas released Stillmatic, which featured the now infamous Jay-Z diss "Ether," which led to one of the better known rap battles.

I don’t know when it happened, but the music changed. It lost its meaning and feeling. Some, including Jay-Z on his track "D.O.A (Death of Autotune)," blame the voice changing technology of Auto-Tune for the decline, but to me it’s more than that. The music lost its soul and the fans are as much to blame as the performers. There’s no message in much of the music and few people seem to mind. Anything with evolution goes unappreciated while the mindless matter is massively successful.

Jay-Z has a classic line where he tells anyone who misses what his music used to be about and can’t appreciate his growth as an artist to buy his old albums. Jay released 4:44 earlier this year, and though successful, it was still criticized by a generation of fans who want the 47-year-old, multimillionaire, father of three, to still be rapping about the dope he hasn’t sold in over 20 years. Or Eminem to rap about the drugs he no longer does. It’s just an era and generation I don’t understand or want to be a part of. Nas has a line on his eighth studio album, appropriately titled Hip Hop Is Dead, where he sums up my frustrations, saying, “So if you’re asking, ‘why is hip hop dead?’, there's a pretty good chance, your lame ass, corny ass, is the reason it died man. You don’t give a fuck about it, you don’t know nothing about it…”

Growing up, I recall the older generation not understanding the new music and our lack of appreciation for older artists from their time. Maybe that’s all it is; I’ve grown into the embittered hip-hop fan who’s overly critical of the new music he doesn’t understand and defensive of the artists he grew up idolizing.