Get Your Local Commerce On 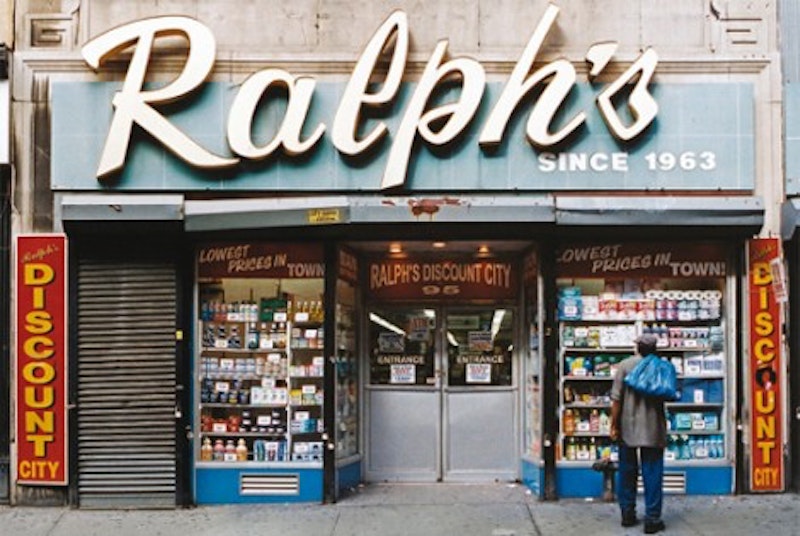 That “Small-Business Saturday” shouldn’t need to be a meme goes without saying. That we need a manufactured quasi-holiday to encourage patronage of non-chain businesses in this country speaks volumes about the physical and psychic distances between producers and consumers, the ways that capital separates us and how separated we are from capital. Most of us never physically touch the money we earn, and information—increasingly a prime commodity—is frequently intangible. So the ease and illusionary nature of modern middle-class life engenders a sort of magical surrealism in which goods and services are fairly willed into being, and a desire to be altruistic in a national economic polity is squashed by dollars and cents self-preservation: if my grocery budget is limited, Wal-Mart wins over the corner Mom & Pop market every fucking time.

This is my reality, and probably yours, too, but let’s be real: would it truly bankrupt or unduly inconvenience either one of us to hit that market up for a gallon of milk or a roll of paper towels now and again? That’s probably what’s driving “Small-Business Saturday.” Nobody really expects people to unload their entire taxes-gnawed paycheck on artisanal blown glassware or hand-sewn vests or honey jalapeno BBQ sauce or, you know, organic hummus tapioca. No one expects you to forsake Jiffy Lube or Whattaburger or anything. In case you hadn’t noticed, America’s turned into one big blinking, neon strip of interchangeable chain franchise outlets staffed by people who’ve had little involvement in creating any of the stuff they’re selling. In most instances, it doesn’t matter much whether or not you’re buying, because they’ll get paid peanuts either way. As a result, there’s little incentive for buyer or seller to care much about each other.

Small businesspeople make what they’re offering or have a close connection to those who do and fight for every sale. And as alien a concept as it may seem, they helped make this country what it used to be: a place where people made and sold stuff, and the people who bought that stuff knew who was involved in making that stuff, with the result being that something that winds up as an heirloom not only has a post-time-of-purchase history, it also has something of a pre-time-of-purchase history. As a result, it’s less a random, disposable thing than an object that really means something. The act of consuming can become an event, something to impart. Taken separately, thousands of shoppers daring to patronize those souls brave enough to risk a business loan and hang out a shingle—online or by daring to wander away from the beaten path—may not seem to add up to much, but collectively and persistently it could put this country back on the road to being known for more than cultural capital and money-circulation.