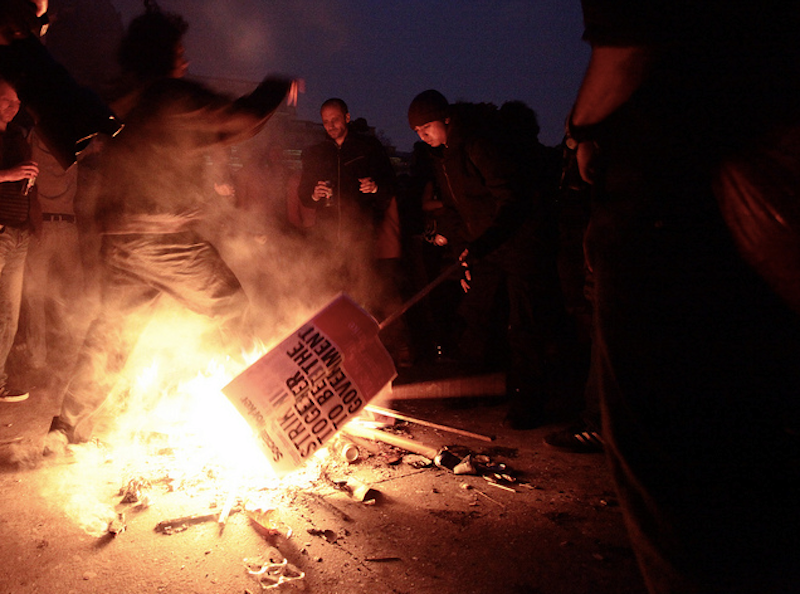 Dorli Rainey: Do you have any questions?

GG Allen: No, not at all. That’s a good question.

Rainey: So, yesterday — I was on my way to one of these boring transportation meetings when I got off my bus to change to another one, I heard tons of helicopters overhead.

Allen: I’ll show you the postmark. Seven states, I believe.

Allen: Jesus Christ, God, and Satan all in one.

Allen: Everybody picks up on the sensational things, but no one really gets it.

Rainey: And they said, “what happened to you?”

Allen: The usual, drunk and disorderly, indecent exposure, assault, I don't know. It's not so much wanting to die, but controlling that moment, choosing your own way.

Rainey: We have to do that, and time is of the essence.

Rainey: And we get arrested there and nobody cares, nobody says anything, except the people who want to drive in and out of the base and earn their living there — they don’t much like us.

Allen: It's like I'm watching this movie, and I've gotta smash the screen.

Rainey: And I see the same thing happening here.

Allen: They say, "Anything worse than this is illegal," so no one will look beyond that thing, but there I am; I'm what's beyond it.

Rainey: I am feeling great. I feel so energized. It’s amazing what a little pepper spray will do for you.