Bringing the present into focus. 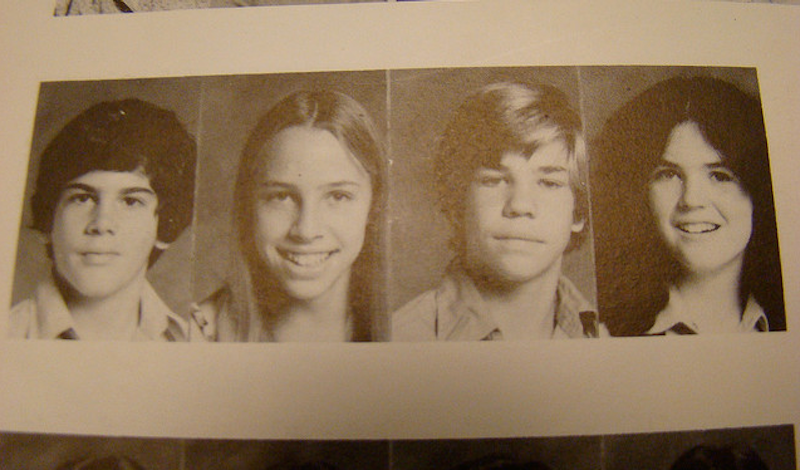 TYRONE PENN ’99 and his wife, Sheila, celebrate the birth of their second child, Tyler, who was born on November 1st. “He arrived at 4:05 A.M., weighing in at 10 ounces,” Penn reports. “Mother and baby are doing fine.”

NORTON BLASS ’69 is restoring a Cape Cod off the coast of Nantucket with sons Nathan and Mitchell. “I caught up with alums Jacques Fink ’71, Zack Eicher ’68, and Mary Aikers ’70 at a Eloise’s, a quaint café here reminiscent of 1920s expatriate French cafes,” he reports. The quartet also sailed in schooner. “A merry time was had by all!”

LISA EVANS ’05 has launched Soft Hands, Soft Heads, a non-profit dedicated to ensuring that under-privileged children in the Chicagoland area have access to ergonomically-correct pillows because, in her words, “in life, a good’s night sleep and success are inseparable.” By day, Evans and husband Dan operate an interfaith storefront ministry and an adjoining soup kitchen.

BART BOWEN ’95 was recently appointed Assistant General Counsel for White & Bloom, a Manhattan-based Fortune 500 firm that manages diversified paradigms for advertising consortiums. He writes, “If anybody wants to catch up for drinks downtown this winter, I’m buying.”

BRETT DAVIS ’07 has returned home to Cleveland after serving two tours with the Marines in Afghanistan. He is mentoring fellow veterans suffering from PTSD and blogs about peacetime re-assimilation and “ironic nihilism” at www.brettsaves.com.

HENRIETTA QUINLAN ’65 is studying tortoise recidivism rates on the Galapagos Islands.
I Could Have Just Died, an acclaimed young-adult fiction novel written by EBONY SULLIVAN ’00, was recently nominated for the Booker Prize. During a recent White House press conference, President Obama joked that “Michelle and I couldn’t get Malia to do her homework until she’d figured out whether mousy, brilliant Cassandra would date Chad, the hunkish heir to a microchip fortune, or Seth, the drummer in a Wiccan witch-house synth band,” a plot hinge key to Died. Sullivan and cats Sneakers and Molly live in Los Angeles, California.

BRITTANY ELIASON ’03 graduated from Stanford with a master’s degree in urban planning this past spring. Fellow Benetton grads interested in gifting her with a digital planner, planning her graduation party, or hooking up viable employment in a largely under-planned urban milieu with a reasonably-thriving underground hyphy scene are encouraged to contact her at itsbritbitches@bmail.com.

Multimedia artist MELANIE OLSON ’10 is organizing what she describes as a “series of intangibly theoretical murals infused with our hopes, fears, and dreams.” Alums are encouraged to share remembrances, diary entries, receipts, postcards, and other “incidental situational ephemera” in exchange for “prayer beads” and “karmic IOUs.” Last year, The New Yorker hailed Olson as “a pioneer in the field of collective hallucinatory assumptive realism.”

JUSTIN TEMPLE ’98 is a Des Moines police officer, which means he carries a piece and is authorized to use it.
Despite a depressed national market for home sales, FRANK ARMSTRONG ’92 continues to flip Florida real-estate at a rate “that’s totally beyond my ability to comprehend, I mean, this is off the hook crazy.”

DESMOND CARRUTHERS ’90, a server at Denny’s, is three weeks clean and invites one and all entrepreneurial Benetton grads with liquid capital to spare to join him in what he swears could be “no shit, the skag deal of the millennium.”