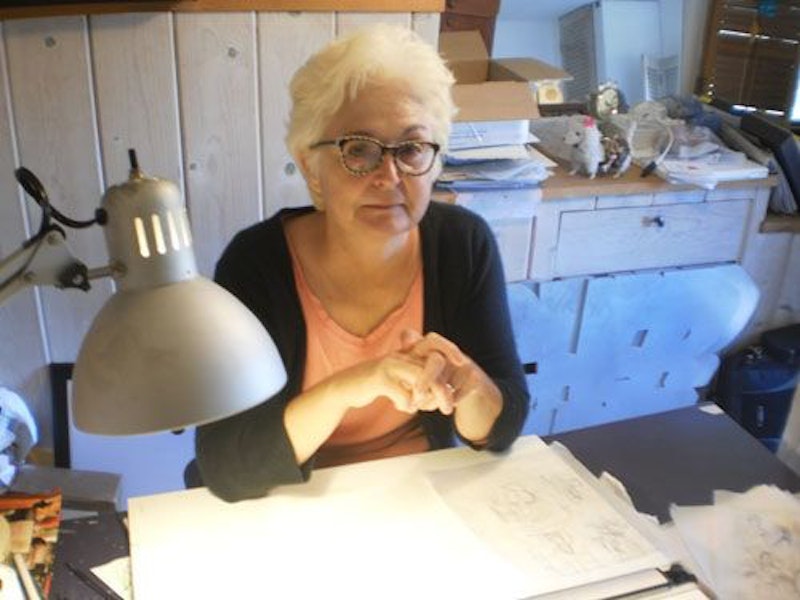 Intellectuals shouldn’t predict. Consider George Orwell in 1939: “Almost certainly we are moving into an age of totalitarian dictatorships—an age in which freedom of thought will be at first a deadly sin and later on a meaningless abstraction. The autonomous individual is going to be stamped out of existence.” Now consider the following, published in 2014: “I instantly recognize the comic, druggy alter ego. It’s one of those things people anywhere from two to twenty years older than me like to do—give themselves silly aliases: Captain America, E.Z. Mark, the Mullah. The subtext is that they are actually so subversive and dangerous (something to do with drugs or revolution) that they must travel under assumed names.”

That’s the cartoonist Mimi Pond, recalling the tiresome counter-cultural street bums of her youth in the late 1970s. She disproves Orwell. The individual didn’t get stamped out. He became gaudier and took up more space. Henry Miller—the chief individual Orwell had in mind when writing his prediction—no doubt had a high-powered rap, but he didn’t insist on a funny name or special gear. The trio highlighted by Pond certainly did, and they also had busy facial hair. The three of them are pictured in Pond’s memoir, Over Easy. There’s a row of panels tucked at the bottom of a page, a miniature gallery for the fellows. And that’s all they get. They’re period atmosphere, not interesting in their own right. In Oakland 1978, their sort was a dime a dozen.

One might argue, in an Aldous Huxley fashion, that the individual had been distorted, that the 1960s survivors couldn’t be individuals without putting on a show. Like the Little Tramp or Superman, the trio lived in costume, as if their moment-by-moment reason for existence were to entertain. Being someone meant being someone who made an impression and who did little else. But distortion isn’t the same as stamping out. Forty years after Orwell made his prediction, the individual was, if anything, inflamed and throbbing, not eliminated.

Orwell’s prediction comes at the end of “Inside the Whale,” his lengthy and engrossing tour of English poetry from the late Victorian Age to the outbreak of WWII. Somehow this tour starts and finishes with an American novel, Tropic of Cancer. Orwell believed that Henry Miller, the book’s author, represented the individualist West as it prepared for the long sleep of totalitarianism. Like Jonah buried in whale fat, the egocentric Miller was buried in layers of indifference. This insulation preserved him, allowed him to stay a whole man as the age chopped and reduced everyone else. He never sold out to the fascists or Stalin; he considered them a rumor, one that didn’t interest him. Miller’s world stayed tight around him and it fit. But a womb fits too, at least for a while. Miller, the whole man, had imprisoned himself. He’d done it on his own terms, but he was a captive. This was the best deal the individual could get as the world darkened. Or such was Orwell’s view.

Over Easy might’ve reassured him. It’s about a diner where the urge to be an artist, and therefore somebody, has been democratized. That’s the biggest change from Orwell’s day: that now everybody, not just the moneyed class, is having a go. Cooks, waitresses, manager—they’re all chasing the glory of the deluxe, high-definition self. They posture for each other and the customers, and the book winds up with a poetry night where they prove, one by one, the art that they have shining inside them. Often enough, the results of their carrying on are a blast, and they make Over Easy an admirable read. Of course, its cast is full of “shrieking poseurs,” as Orwell liked to term artistic wannabes who want attention. But that’s the individual for you.