Most people think of air travel and envision hassles, lines, and inconvenience, but it wasn't long ago that flying felt novel and exciting, 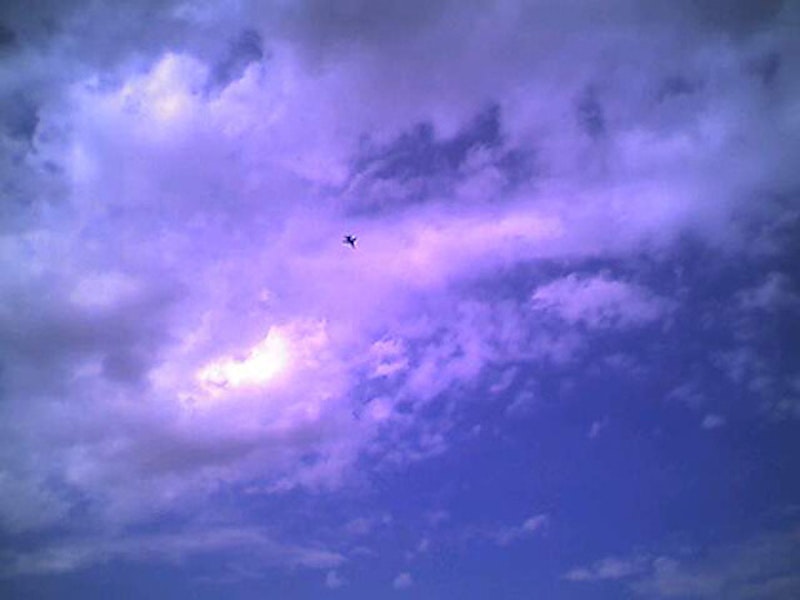 It’s easy to remember the first time I ever flew. I was about six years old, and my Mom and I flew from Mobile, Alabama to Memphis, Tennessee to meet my grandfather for the weekend. We were flying Republic Airlines (which no longer exists), and Mom made it clear that flying was to be thought of as a special occasion. I proudly put on my tie and sports coat, and off to the airport we went.

I can’t recall what security there was for the flight, but I do know that once we were in the terminal, Mom and I went to the airport store, where she suggested that we buy some gum. That was strange, since Mom was no fan of her children smacking gum, but she explained that we might need it in case “our ears popped”—a somewhat scary sounding condition. Any fear, however, was quickly mitigated by a new pack of grape-flavored Hubba Bubba, and I remained very excited.

Onboard the plane, I noticed that everyone was dressed quite nicely—almost as though they were headed to church. I was in the window seat, Mom in the middle, and a man who my parents knew—Mr. Kirby—was on the aisle. As I recall, he actually worked for an airline, so Mr. Kirby was an invaluable resource for my endless series of questions. I recall a flight attendant coming by to give me “wings,” a shiny, plastic set of wings with the Republic Airlines logo that I proudly displayed on the lapel of my blazer. I also remember that Mom asked for a deck of cards, and immediately the flight attendant produced a set of Republic Airlines cards.

It was time for takeoff, and now I was literally on the edge of my seat. Mr. Kirby leaned over to tell me that soon the engines would start to roar, and that in a few seconds we would be going “really fast.” “More than 100 miles per hour?” I asked, wide-eyed. “Yes sir,” he said. “Faster than any race car!” That was all this six-year-old boy needed to hear. We were soon airborne, and as the plane began leveling off, I was amazed by how smooth it was. I remember eating the peanuts and drinking a Coke—also a special dispensation on Mom’s part—and joining her in a game of Crazy Eights.

As we began the approach into Memphis, I was blown away by the descent through the fluffy cumulus clouds, remarking to Mom that they looked just like cotton balls, and not entirely sure how we were able to fly right through them. Soon I felt an unfamiliar pressure in my ear. Obviously anticipating this, Mom was right there with the Hubba Bubba, and she told me to start chewing it, and it quickly worked. Soon I was concentrating on the cars and houses of Memphis below us as we neared the airport. Mr. Kirby kindly told me that when we touched the ground, I would hear a very loud noise and be pushed forward in my seat, but not to be afraid because it was just the pilot “putting on the brakes.” Once the plane had come to a stop, we climbed down the stairs onto the tarmac, and then headed into the Memphis Airport where my grandfather was waiting with a gigantic smile and an even bigger hug.

The weekend there was terrific, and on Sunday, Mom and I boarded our plane in Memphis and headed back to Mobile. Proud of my thorough understanding of flight courtesy of Mr. Kirby, I informed the gentleman next to me just how fast we would go during takeoff, and also give him a warning about what to expect upon landing. He was nice enough to humor me. When we stepped into the Mobile Airport, Dad and my sister were waiting, and I remember a feeling of immense pride when I saw them, a returning conqueror who they had come to welcome home.

I was reminded of this today in preparation for a flight to Boston from New York for business. Like two-thirds of all of my flights to or from New York, I was delayed. I encountered grumpy and rude TSA agents, unhelpful gate agents, and annoyed fellow passengers in no mood for simple courtesies. As someone who flies often for work, it’s become almost the norm, and I usually block it out by reading.

Watching a few of the children here in the terminal, though, I was somewhat saddened by the thought of what a young boy’s first flight would be like today. I doubt he’d be asked to dress up, as flying has long since lost any semblance of being a special occasion or privilege. He’d probably ask his mom why he had to throw away his just opened bottle of water before they joined a seemingly endless line of people. After having his patience tested in the security line, I’m sure he wouldn’t understand why he was being asked to take his shoes off, or why the man in the uniform was yelling at everyone in line about laptops and liquids. He’d watch his mother struggle to find space for his tiny suitcase in the overhead bin, and maybe even get a little upset as other passengers brushed past her and bumped her in a hurry to get to their seats. I don’t think a flight attendant would bring him a shiny set of wings, and even if a Mr. Kirby was there, I doubt he’d be in any kind of mood to encourage and share in the wonder of flying.

I am terrified to think of the response his mom would receive if she were to ask the flight attendants for playing cards, and I hope she would remember to have some cash handy to pay for the peanuts and Coke. His grandfather wouldn’t be able to wait for him at the arrival gate, likely having to circle the terminal instead until the boy and his Mom emerged so that he would not have his car towed by the airport police.

It’s sad to think of the stark differences between the impressions of a six-year old on his first flight today and mine some 25 years ago. It’s unfortunate that one of mankind’s greatest achievements—flying—has become such a hassle. And while there are certainly factors such as terrorism and the price of fuel that are beyond the airlines’ control, there’s no denying that flying today is a downright unpleasant experience—not only for a kid, but for this young adult too.