Fungus Can Save The World

Say what you will about a man who devotes his life to fungus, but Paul Stamets is working wonders in the magic mushroom business. He's helped create cures for everything from E. coli to carpenter ants, all from his work with fungi. With an already impressive resume, Stamets is now setting his sight on finding a cure for HIV and cancer. 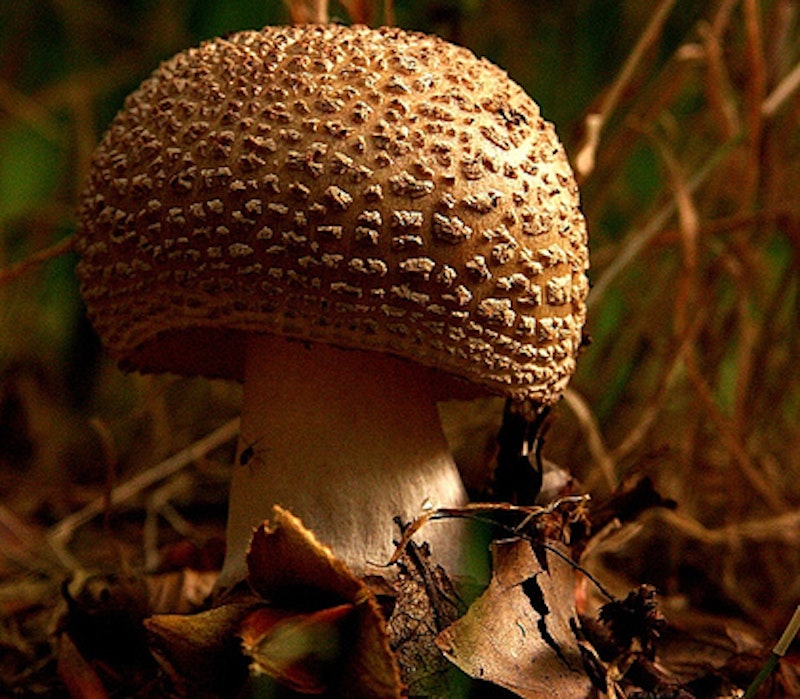 Paul Stamets is probably the most important man you have never heard of. He is trying to save the world, one crisis at a time. And he's not using Yoshi or the raccoon suit; he is just using some mushrooms.

Fungus itself has a much richer history on this planet than humans. It was the first thing out of the primordial ocean soup o' life, well before plants and animals. Researchers have found evidence of mushroom use that dates back thousands of years before Christ. The experiences that early humans and their shamans had with mushrooms all seriously influenced modern-day society. Language, religion and our society came from early ancestors. We needed tree fungus to keep the fire on our nomadic hunts and tree fungus could stay lit for days. Mushrooms were a source of both food and medicine.

Stamets is taking the uses of mushrooms to never-before-seen heights. Stocky, spectacled and, like all great men, bearded, he is using fungus from the old growth Northwest Forests. What he has done with this simple fungus is truly amazing.

Modern farming can produce all types of ecosystem damage. Run-off and bacteria such as E. coli are nasty by-products of our agricultural industry.

By wrapping his mycelia fungi in burlap "earth sacks" of storm debris and placing them at the right point, Stamets was able to cut down the amount of E. coli form bacteria by 10,000 percent in just 48 hours.

That is just the beginning.