A group of high school girls recently made a pact to get pregnant together. It's possible that they haven't yet grasped the seriousness of childbearing and parenthood yet, and that's what Tamagotchis are for. 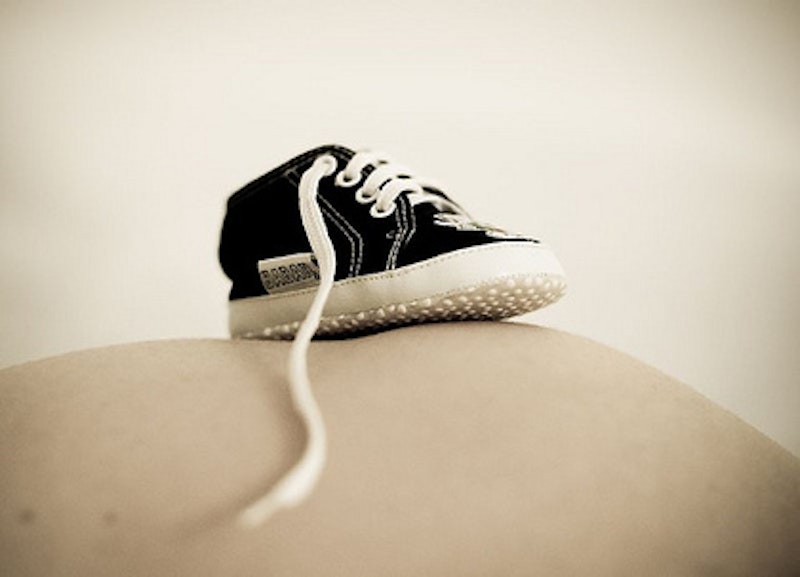 I can’t tell you how many times I sat in 9th grade Biology class and thought, “Gosh, I would love to be a dad right now [cradling an imaginary baby in my arms].” Apparently, this sentiment was shared at Gloucester High School in Massachusetts, where pregnant teens are popping up like pregnant hotcakes. Here’s how it started: some misguided 15-year-old texted her friend, “hey, bff, i tots wanna get pregos!” and her friend replied “samesies, obvi ;-)” and it all went downhill from there.

I didn’t think that at age 24 I would already be scratching my head and thinking “Kids these days” like a crotchety old man (and not just because I have Progeria), but if being pregnant is cool, then high school has changed slightly since I was there. Don’t get me wrong, girls got pregnant when I went to high school, but the typical reaction was to say “I’m sorry” with downcast eyes, not “That’s awesome!” with a leaping high five.

I guess some of the girls entered into a secret pact (or as I like to call it, “The Baby-havers Club”) to get pregnant, give birth, and thus bring a swift end to their adult lives at the same time. It’s even being reported that one of the girls had sex with a 24-year-old homeless guy just to participate in this fertility fest. Mark it down; June 2008—the first, and I hope the last, time anyone felt that they had no choice but to sleep with a homeless person in order to “fit in.”

Whatever happened to sharing a limo at prom as the ultimate sign of friendship? Sure, my friends and I made a pact in high school to lose our virginity. Okay, so maybe it was less of a pact and more of a wish, but still it appears that sex by itself is not taboo enough for today’s 15-year-old. According to BBC News, a pediatric psychiatrist named Elizabeth Guthrie said that “some girls might be viewing pregnancy as a fast-track to adulthood and independence” and that “[i]t may give you an opportunity for unconditional love and attention from the baby.” First of all, I think we’re playing fast and loose with the term “fast-track.” Nine prolonged months of getting larger and more hormone-crazed doesn’t exactly seem like a “short-cut” to anything. Secondly, independence? No, DE-pendence. As in, you will now have a human life that is dependant on you for survival. Unless the kids were looking for independence from fun things with friends. Third, when I was in high school, if you really wanted unconditional love and attention, you didn’t go out and get knocked up—you got yourself a Tamagotchi. Just think; this whole ordeal could have been prevented with a handful of Tamagotchis and maybe some Pogs. The Pogs don’t have anything to do with pregnancy; I’ve just got all of these sweet slammers in my closet, and I don’t know what to do with them.

I don’t want to sound like Andy Rooney (again, not just because I have Progeria), but what the hell happened to sexual education in our schools? It’s not that sex ed teachers scared me from having sex in high school, although they tried. Rather, it’s that the classes made me feel so damn uncomfortable and awkward about sex (at least, that’s how I rationalize not getting laid in high school). For example, to this day I vividly remember watching a video of a woman giving birth from the doctor’s-eye view. Do you think these girls would have wanted to get pregnant after seeing footage of someone’s lady-business being wrecked by the emergence of a slimy purple creature? One hopes not. Side note: I also vividly remember a video of a man checking his testicles for lumps. Despite the full frontal nudity, you never saw the penis. This guy either had a really small member, or he had had sleight-of-hand abilities worthy of Houdini.