Smoking remains tempting in 2008, so much so that even an honest attempt at quitting isn't enough to keep a young man away from the sweet taste of tobacco. 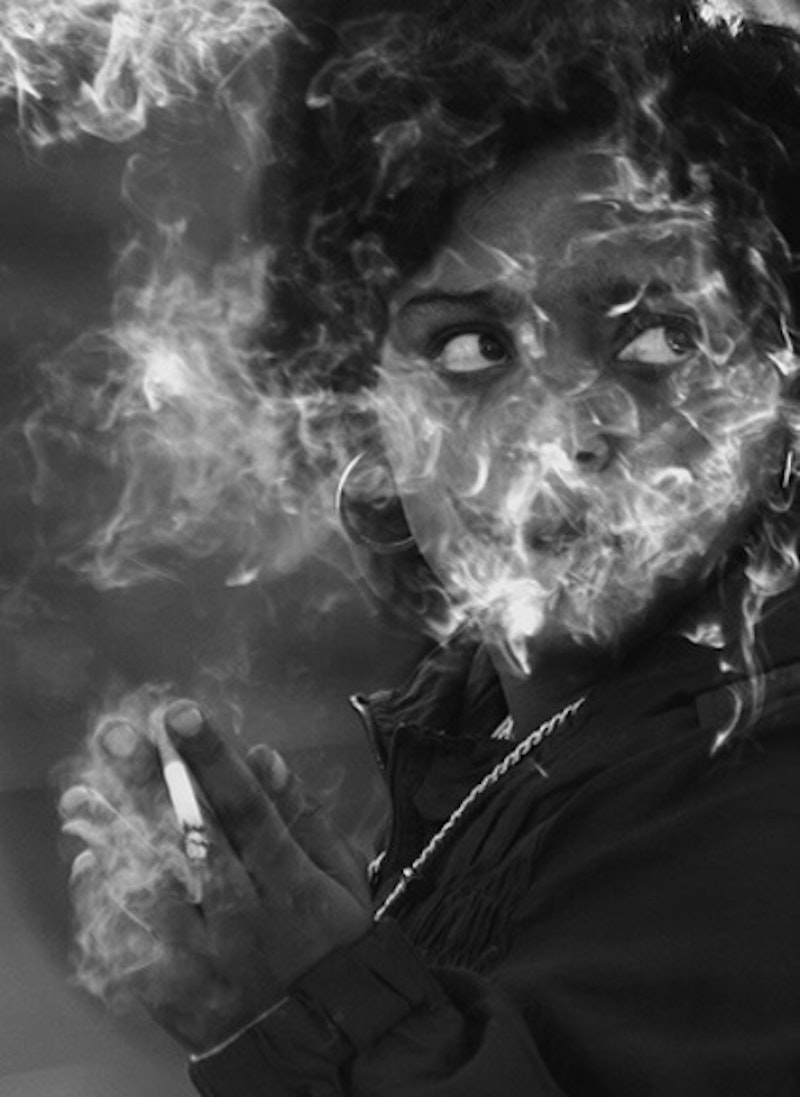 I haven’t had a cigarette in almost five months. This isn’t the first time, of course: I’d stopped a few times before, even for several months at a time, but always cheated. I’d have a cigarette with friends while I was at home for fall break or maybe after a particularly tough day. Before long, I’d be lighting up again—the same as always.

Cigarettes became a part of my identity. At 17, after only a few months of regular smoking, I quit for the first time to get rid of a nasty cough. It felt so strange. All my friends smoked, or at least it felt like they did. It was like being left out of a club you had helped found. When a co-worker found out, he looked at me incredulously and said, “But, that’s, like, your thing. You smoke.”

He was right. Somewhere along the way, cigarettes became my drug of choice. Surrounded by a bevy of available substances, I chose cigarettes over excessive drinking, weed, coke, or whatever people did to pass the time in high school. Frankly, it may not have been the wrong decision. Cigarettes didn’t hurt my grades, lower my inhibitions, cause permanent brain damage, bankrupt me, or impair my driving. Hell, they improved my driving experience.

Cigarettes were cool. Nobody looked at you funny if you turned down drugs as long as you went outside with them to have a cigarette. Smokers comprised a club, and most people around me were members in good standing. Plus, smoking a cigarette is the perfect unit of time. At that awkward high school age, it’s a lot harder to call someone and say, “Hey, do you want to hang out for a bit?” than it is to say, “Hey, you trying to hit a jack or something?” I’ve probably said that phrase—using our local slang for cigarettes—more than any other in my life, save “Please,” “Thank you,” and “Go Blue!”

Functionally, smoking provided necessary five-minute breaks from stressful hours as a college newspaper editor. It allowed moments of separation to work out a thesis for that paper due in eight hours. It gave a nice boost of stimulant during an all-nighter.

Leaving the confines of my smoker-happy town in Maryland for Michigan was a drastic change in environment. Instead of a smoker haven, Ann Arbor was populated by kids from upper-middle-class New Jersey, New York, Massachusetts, Michigan, California, and other largely anti-smoking demographics. Strangers would come up to me to tell me how wicked smoking was. Oh my God, did I know it would kill me and everyone around me? Of course, I did. In fact, I appreciated the opportunity to have so much influence upon my destiny.

Because of a burgeoning freshman-year rugby career—ended months later with a string of injuries—cigarettes were excised from my life. At this impressionable moment, I stopped smoking. Instead of seeking out smokers, the nonsmokers around me became my closest friends. And when the smoking inevitably restarted, they heckled me endlessly with a string of “Oh, you think you’re cool or something?” and “You’re such an idiot.” They were and are real friends, though, and never let it affect our relationship once it became clear that I was back in the realm of smoking no matter what they said or did.

In Chuck Klosterman’s Sex, Drugs, and Cocoa Puffs, he explains that he thinks about death more than he thinks about sex. This caused a bit of introspection to figure out a personal list. After keeping tabs on my thoughts for a few months, I realized this was my list:

Cigarettes came in third, and it wasn’t even close. Movie ideas were way behind it, and it was a lot closer to death than you’d expect. And that’s why quitting was such an impossible task.

Then there’s the physical aspect. For those of you that have never experienced the downside of nicotine withdrawal, it feels something like this: First, you realize your vision is slowly going out of focus, and everything begins to look like a movie with poor production value. Then, the blood running through your veins begins to feel thinner and slower, like your body is struggling to pump even 70 percent capacity. You can’t digest food—it just sits in your stomach, making your whole body feel bloated and greasy. An odd buzzing sensation consumes your temples and face.

Several roadblocks go up in your head, preventing your mind from going anywhere but a frustrating state of inescapable blankness. You’re operating on a much shorter fuse, ready to snap at any moment—whether for something real or for something as stupid as “Which one of you assholes moved my soda from the top to the bottom drawer?”

Breaking the physical addiction is simple because it’s very cut and dry. It’s a clear obstacle, and getting past it gives you something to do. The hard part comes a month later, when you realize that it wasn’t that tough to stop and you could always do it again. You find yourself compiling pros and cons lists to not smoking.

Every time an acquaintance, friend, or family member says, “I’m proud of you,” you feel a little sick. You know you’ll probably let them down. Plus, you didn’t really want to quit smoking, you’re not ready yet. You’ll quit when you graduate, or when you get married, or when you have kids, or when you have cancer, or fuck it, probably when you die in a car crash at the age of 33.