Everything I Love Dies

My favorite TV shows get cancelled. 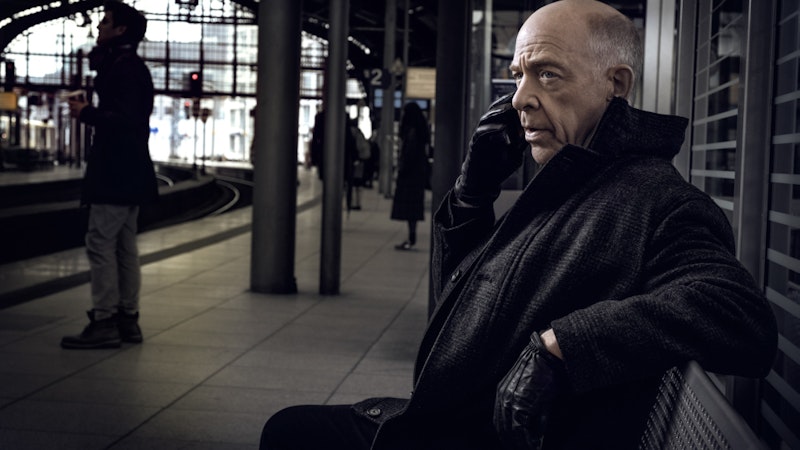 Simmons is stunning; you can look at him in any frame, regardless of clothing choices, and tell which of the two characters he's playing. The rest of the cast is almost as good. The twisting storyline is beautifully dreary, and the finale was satisfyingly bleak, with a sort-of cliffhanger that wrapped up every character arc but left the world about to plunge into an apocalyptic flu pandemic. We watched all 20 episodes in about two weeks; we'd love to watch more.

Of course, Starz cancelled it.

I say, "of course" because this keeps happening. We got into the space-opera-with-memory-wipes show Dark Matter shortly after its third and last season. SYFY also canned Blood Drive, a post-apocalyptic humor/horror tribute to exploitation film that ran for only one season in 2017.

There are some places where my taste lines up with everyone else. We love Killing Eve, so we’re confident Sandra Oh will continue to chase Jodie Comer around our living room for the foreseeable future. Other shows we've been lucky with so far feel like they're waiting around to die, though. AMC's Preacher is a brilliantly blasphemous show with great acting that has attracted little critical attention over the course of its three-season run. It's still around—but I can't help feeling its days are numbered.

So why do these shows I love get cancelled? The obvious answer is that everyone else's taste sucks. I can make a good case for that with the Australian superhero/science-fiction series Cleverman, which was a brutal examination of racism and genocide directed at indigenous people. The series was grim in its portrayal of bigotry and the power of hatred; The Handmaid's Tale, with its occasional fist-pumping pop-music fueled feel-good montages of resistance looks like a cheerful utopia in comparison. Cleverman was amazing, but I knew it wouldn’t last.

Dark Matter and Counterpart aren't especially cerebral or grim, though. In tone and approach they're similar respectively to The Flash and Westworld, two successful shows I find largely irritating and unwatchable. I think people are wrong to love the latter and dislike the former, but I don't have any glib explanation for why I'm right and they're wrong. Maybe it isn't about right and wrong, though. Maybe I'm just cursed. Not by God, but by capitalism.

Contrarian critics have a bad reputation. When your taste is out of sync with your neighbors, people tend to think you're willfully blind or rude. But the neighbors have the last laugh. Maybe you were irritated that I said that The Flash, Westworld and/or The Handmaid's Tale were mediocre, but at least you get to keep watching them. Unless there's some minor miracle and some other network picks up Counterpart, though, I'm never going to know what happens to either Howard, or to their worlds.  You can survive a flu pandemic, maybe, but if a harbinger of doom loves you, you might as well give up.