They Call Me Mellow Yellow

Too many angry faces in the crowd. 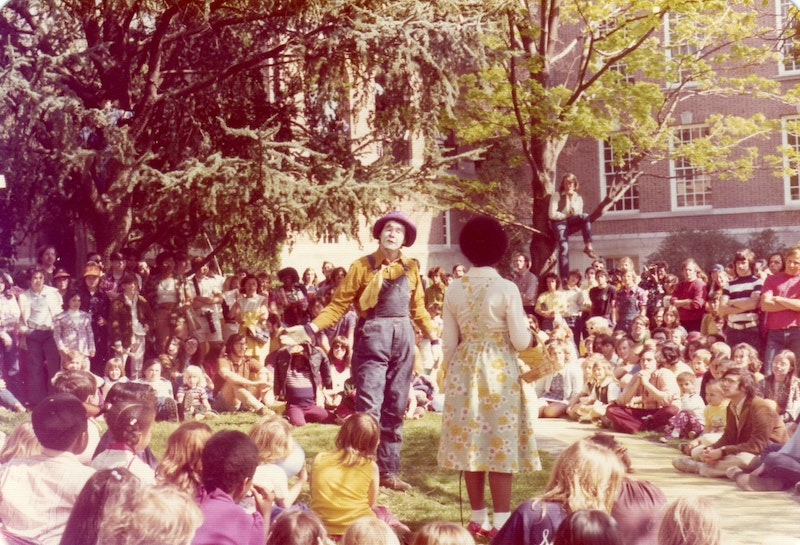 It can’t be repeated enough: nonagenarian Bob Dole, longtime political hack, decorated member of Tom Brokaw’s “Greatest Generation,” and the “hatchet man” on Gerry Ford’s doomed ’76 campaign, was weirdly ahead of his time in 1996. During his lackluster presidential campaign against Bill Clinton that year, referring to all the (pre-Monica) scandals, he was exasperated at a fall rally and said, “Where’s the outrage?”

One assumes that Dole’s on his last legs now, but man oh man, there sure is outrage aplenty today in America. Judging by the instantaneous explosion on social media after Green Book won the Best Picture at the Academy Awards, you’d have thought Trump had sent 50,000 troops to France, or that Mike Trout was ensnared in a child prostitution ring. On Twitter, one leftist wrote, “Watching my entire TL, regardless of ideology, people are recoiling in horror at Green Book win.” That’s the problem with all outrage all the time: it loses any meaning when slights and snubs and breaches of political etiquette are magnified beyond comprehension.

I happened to enjoy Green Book—rated it a B—mostly for the NYC setting and performances of Viggo Mortensen and Mahershala Ali, and while I thought Paul Schrader’s First Reformed was the best film of the year—Ethan Hawke’s career performance went unnoticed by The Academy—I didn’t lose sleep, to put it mildly, that it was ignored. Seriously, we’re talking about the fucking Oscars, just one more awards extravaganza—like the Nobels, the Pulitzers, Grammys and baseball’s Hall of Fame—that are rigged this way or that, tainted by logrolling, favors and politics. Ultimately, the ceremony’s a fleeting cultural event.

I take the outsized outrage in stride. Sen. John Cornyn, a ninny, makes a bizarre reference to Mussolini? Par for the course these days. Presidential candidate Amy Klobuchar eats a salad with a comb and berates her staff? I’ve heard worse. Kamala Harris, speaking about the first time she smoked pot and muffs the music she was listening to? Small potatoes. Beto O’Rourke posting, in detail, pictures of a dental exam? Bad image, but now forgotten. And then there are the worrywarts who fear that if Trump’s defeated next year (or in the unlikely event he’s forced from office pre-election) he’ll refuse to leave office, engineering a coup. Pure speculation. If Trump really wanted to jab his detractors, he’d propose federal legislation to legalize marijuana, touting the tax revenue and jobs created. As a popular pop star sang in 1965, “I got a head full of ideas and they’re drivin’ me insane.” That’s Trump, and it doesn’t matter that such a campaign promise would contradict his get-tough-on-drug-dealers rhetoric.

As I write, Michael Cohen’s testifying before Congress and 4,000 new lawyers on Twitter are saying the “smoking gun” has been found and Trump’s done. Could be, but it worth wondering when Cohen, a future jailbird, became Joseph Welch.

My friend and Splice Today colleague Crispin Sartwell, a professor at Dickinson College, writing for both ST and The Wall Street Journal this week, detailed the current blacklist climate—so to speak—that’s threatened the very purpose of American education. In the Journal, Sartwell wrote about the case of Gettysburg College alumnus and donor Bob Garthwait, who, it turns out, dressed as a German guard at a theme party as an undergraduate in 1980. The offending photo was discovered in a yearbook, publicized in the school paper, and Garthwait was forced to apologize and sever relations with the college. A professor there demanded that his sizable donations be returned. Sartwell writes: “Colleges portray themselves as communities of learning. But you can’t have a community when people are constantly denouncing each other, and you can’t have learning in a place where expression is so intensely constrained.”

I don’t donate to my alma mater Johns Hopkins University—I think Michael Bloomberg has that covered—but it’s unlikely anyone would dig up any dirt on me in a photo from the time. I didn’t dress up for parties—except for one time a lightning bolt was painted on my face—and it wouldn’t have even occurred to me to wear blackface or put a swastika on my arm. I don’t remember seeing such displays during my time at JHU, but perhaps I traveled in different circles. But Sartwell’s correct that “learning” is inhibited when extracurricular shaming is so prominent, and ought to be more important than the past stupid indiscretions of donors (politicians are a different story).

As I recall—and former classmates can agree or disagree—the vibe at Hopkins in the mid-1970s was fairly vibrant politically, but there weren’t student cops ratting out undergraduates for particularly vituperative opinions. It’s a stretch, but I suppose some of my News-Letter articles could be condemned for the acidic remarks I made about student government representatives—I once dubbed a woman who opposed the News-Letter as “Comic Book April,” and one of her confederates as “Shifty Sheldon”—but that’s pretty mild. Besides, I’m the most minor of public figures, so there’s not much interest in embarrassing me.

I do think students were more tolerant than today. Once, in the spring of ’75, a fellow whom I knew from freshman year bong parties, a good guy, approached me at the News-Letter and almost whispered that he was forming a gay group on campus, the first of its kind, and wondered if I’d write about it. I had no idea he was gay, but didn’t bat an eye, wrote a story and that was that. As far as I know, the new organization wasn’t the object of ridicule, as it might’ve been at other campuses. I was liberal at the time, a big fan of California Gov. Jerry Brown, but if one my conservative acquaintances requested a similar favor, I would’ve obliged. The more views the better was the prevailing attitude, at least in my corner of the JHU world, including most of my professors. There was some homophobia: one time a closeted buddy of mine made the mistake, while drunk, of grabbing a mutual friend’s dick and got a black eye for it, but I’d guess that would today be classified as sexual assault.

The picture shown below is from the spring of 1974, a roving campus performance of The Wizard of Oz, which was a lot of fun. Thinking about it now, today some might object to the depiction of the “cowardly lion,” proclaiming it as an example of speciesism. That’d strike me as ho-hum, but there’s no limit to lightweight outrage today.