Everyone Wants to Kill Baby Hitler 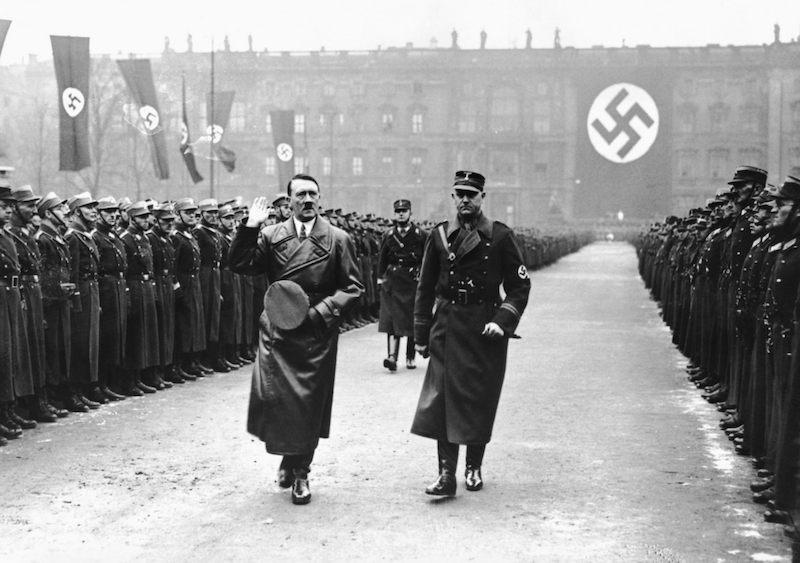 The New York Times Magazine asked readers last week, "If you could go back and kill Hitler as a baby, would you do it?"

The question prompted a slew of articles examining the morality of the decision. But what was less discussed is the narrative implications. That is, going back in time to kill baby Hitler isn't just a moral question. It's a story.

Specifically, it's a story in which moral decisions are predicated on extraordinary knowledge. If you have a random baby, X, you do not know that baby's future. Will X grow up to be a civil rights leader or a genocidal monster? There's no way to tell, because you can't see the future.

The Hitler question, though, is dramatic because it puts you in a position where you know more. The story is that you can see what will happen. The question then isn't should you kill one baby to save millions? Rather, the question is, if you know the future, if you can see possible outcomes with more clarity than anyone else, are you released from the conventional bounds of morality?

The baby Hitler story is hardly the only example of this particular convention. In fact, stories about just violence are very often stories about omniscience. Think about the ticking-time bomb scenario. You have a terrorist who you know has information that can save the lives of, say 200 people, who will die in 24 hours (apologies to Jack Bauer). Should you torture the terrorist? Of course you should, because you know—know for certain—that torture will save lives. Water-boarding in this scenario is justified, not so much by morality, as by prescience. When you know, anything is permitted.

This isn't just true in fanciful narratives. It's the basis for real-world war justification as well. During the Iraq war, the main argument for invasion was that Saddam Hussein was developing weapons of mass destruction. If left to his own devices, the rationale went, he would have functioning chemical, biological, and nuclear weapons, which he could use against us. We knew the future, therefore we knew he had to be stopped. Except in hindsight, we didn't know the future, and pretending we did ended up needlessly killing hundreds of thousands of people.

In a similar vein, the United States regularly approaches Muslims and tries to get them involved in terrorist plots. Arun Kundnani, in his book The Muslims Are Coming!, writes about Farooque Ahmed, a man convicted for trying to bomb the DC Metro. The plot was entirely conceived and organized by the FBI; there's no reason to think Ahmed would’ve, or could’ve, put together the attack without the planning and support of the federal government. Because they were certain that someone would be a terrorist, the FBI worked hard to make him one.

And, indeed, Hitler's Final Solution was itself rooted in a prediction of the future. Hitler believed that Jews had betrayed Germany in World War I, and lost the war. He also thought Jews were plotting to take over the world, and destroy Germany and Aryan people. For Hitler, the Holocaust was basically a chance to kill baby Hitler. Hitler knew the future, and knew the atrocities that the bad guys would commit. So he took steps to kill them first. Perfectly logical, if you think you're omniscient.

The baby Hitler question initially seems outlandish or improbable: a sci-fi scenario. But it's a sci-fi scenario that comes up all the time. Violence is almost always justified on the basis of a supposedly known future. You must resort to arms now, because otherwise more death will result later. We're always pretending we can identify the next Hitler. Everyone is always looking in that crystal ball, and seeing a call to murder.