Eric Testroete should quit his bitchin'

Recent claims that he'd been ripped off by directors Kristjan Pütsep and Hanna Samoson don't stand up to scrutiny. 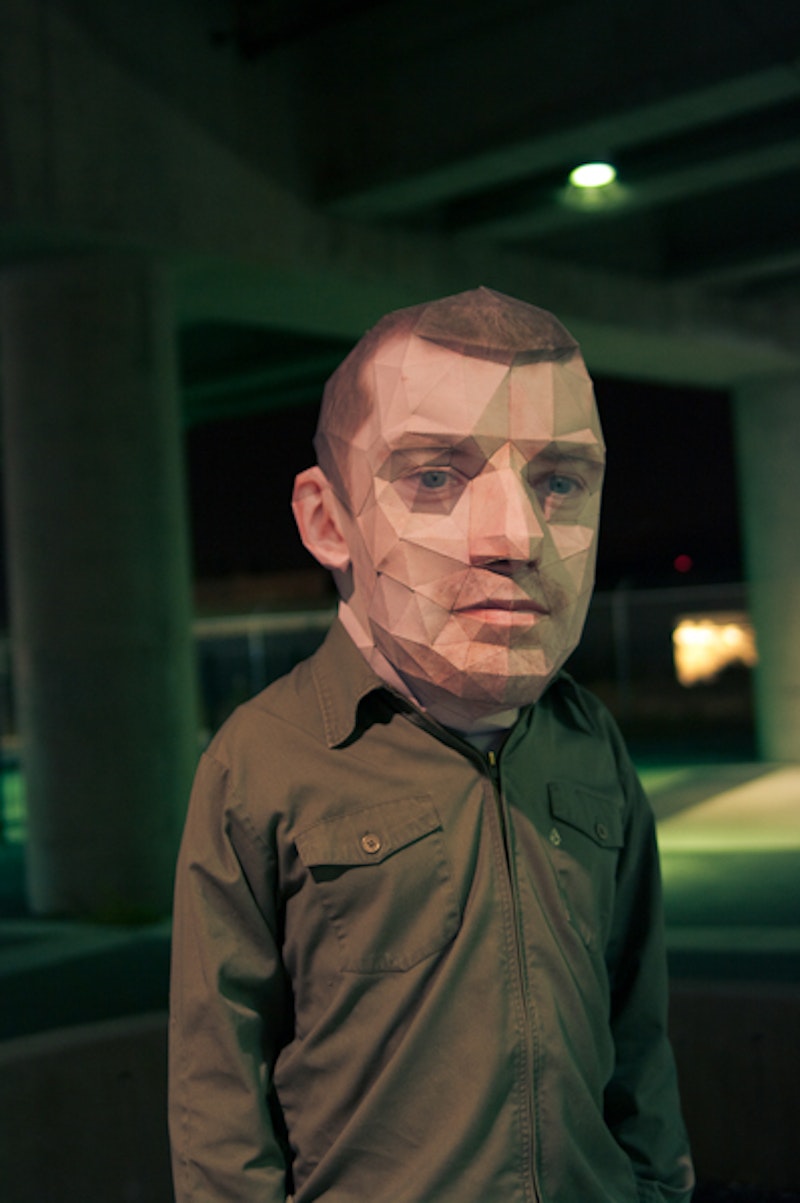 Artist Eric Testroete recently appeared on one of my favorite angry-time (in that it always makes me furiously angry to read) blogs, You Thought We Wouldn't Notice, declaring that he'd been ripped off by directors Kristjan Pütsep and Hanna Samoson for their music video Siren. Testroete's giant, wearable paper sculpture of his head made its way around the internet back in 2009 because frankly, it's very cool. Testroete's history in video game design naturally lent itself to creating a physical work based on the crude polygons which many video games employed in the early 2000s. Anyone who's played GoldenEye will feel familiar with this imagery.

Admittedly, Testroete's work itself is very strongly based on the earlier work of Bert Simons and artists who use similar techniques, though he's quick to point out these differences when accusing Pütsep and Samoson of plagiarism. As a working artist, it's easy for me to side with anyone whose creative property has been apparently ganked by someone else. Unfortunately, Testroete is kind of a prick. This is how it went down in the comments section of his initial complaint.

Hanna Samoson sent an e-mail to Eric, and subsequently updated any public information that she could to describe the influence of Testroete's work:

I’m writing to you regarding the Malcolm Lincoln video for the song “Siren.”

Before I made this video, I came across several artists who had used this idea of a 3D paper head. The very first was Bert Simons after which I google’d the idea and looked up other artists who had used this idea in their work. We didn’t mention anyone regarding this idea in the credits because I simply couldn’t find out where this idea originated. Also, to use the paper head in a video context is something I have not seen before.

If you do find that you should be mentioned in the credits as one of the influences then I will do that. I’m sorry if I have offended you in any way, that was never my attention [sic].

Which Eric replied to, via e-mail, and posted for the world to see in a fit of rabid self-unawareness:

Bert was definitely the first that I know of to create these paper heads. Despite the fact that my version varies quite a bit from his, I still managed to give him a nod/credit.

Berts are designed to be extremely smooth and to be mounted on a wall. Mine were designed to be faceted and hard edged, over-sized and to be worn over someones head. I would say the head depicted in your video is very similar to mine.

In fact your idea to use this in a video isn’t even original as countless people have approached me to make heads for their videos. The idea is fairly obvious.

Is it me, or did it just get a whole lot more asshole-y in here? Not only does Testroete deny Samoson's genuine and reasonable apology, but he insults her own creativity. If we're going to draw such superficial distinctions between Testroete's work and the work he borrowed so heavily from, let's assume that Samoson's clever (and somewhat meta) conversion of a large, faceted form back to digital from a physical object which is based on a digital object, is equally intellectually distanced. But really, Eric, you're kinda like the dude who calls and complains to the cops after a crack deal goes bad. Maybe making a grossly inflated head was the perfect metaphor for what eventually went down, buddy.

People are inspired by other people, sharing your intellectual property is dangerous, and creative coincidences occur based on subtle influences which we may not even be conscious of. Still, the idea that everything has been done before is something spouted by people who aren't genuinely creative enough to come up with anything original. The very idea that nothing is original is a logical fallacy. We live in a finite world of infinite possibilities, so to limit or measure yourself or others based on existing creations is an excuse which doesn't fly.

And don't bitch about someone stealing an idea you stole.