Be my God tonight. 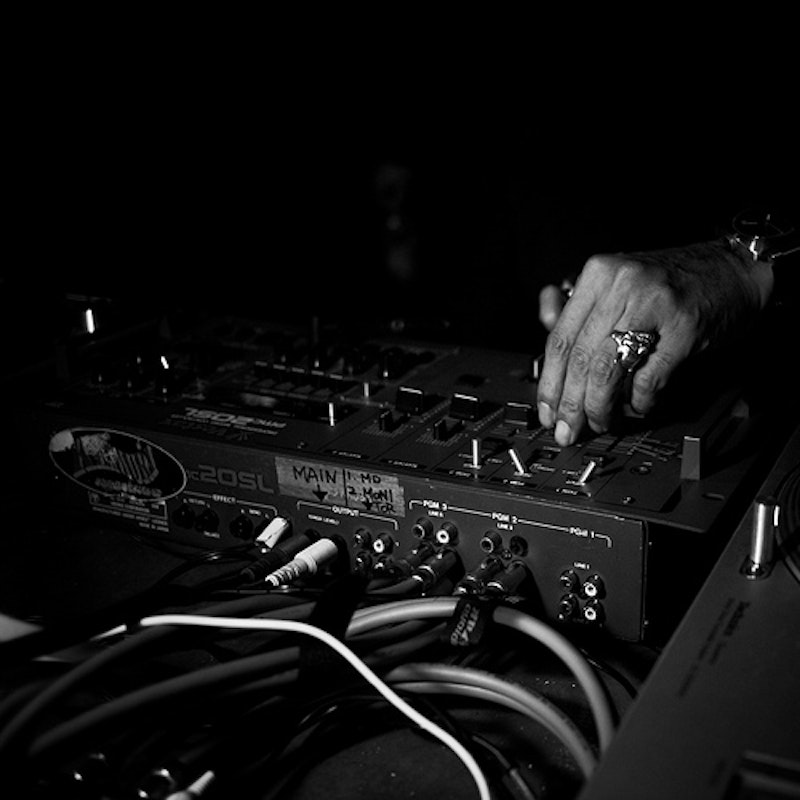 Picture this: You’re at the club with your BFFLs but you know you’ve got to be at work in the morning. “Okay, girl, I’ll come out for one drank. But then I gotta bounce!” Now you’re a little tipsy—you can still see straight, don’t get it twisted—but you’re tired off your ass. “Alright, girl. I gotta to go get some sleep now.” You move out the door. Then: “Woo that’s my song!” So you stay for it. Then the next song is your song, too, as is the one after that. So you stay. Before you know it, it’s five a.m. and you’ve got to be at the office by eight. Fuck! Why do you do this every weekend? Don’t you know no better?

If you’ve ever been out dancing, you’ve been in a situation just like this. The music gets to you, as does the ambiance. And now, thank god, you’ve finally made eye contact with the hot guy you’ve been dancing next to for an hour. Maybe he’ll start dancing with you? Or maybe he’ll skip the dancing and just straight up start making out with you. At least now there’s the chance you might get laid tonight—holler! The point is, in the context of the glamorous nightclub, with those big beats and beautiful people (while the lights are off) you forget all your responsibilities and stay in the moment.

As a facilitator of moods, the DJ does this for you. Ever been to a party where nobody dances at first? And then the DJ plays a long like “Don’t You Want Me Baby” (I hate this fucking song) and everybody pours onto the dance floor. An on-point DJ selects songs to which you’ll get bootylicious, if they’re right for the environment. He mixes them into and out of each other, and basically creates music right on the spot, music that will get your blood flowing. The goal, of course, is to keep you moving so you won’t want to leave, not now, not ever.

As a number of recent books on dance music cultures have shown, the DJ is kind of like a superstar—a God-like figure who controls the club world. It’s no wonder that some of the hottest nightclubs like the Limelight (which is now a fucking shopping mall!) were held in churches. If the DJ plays a stupid song, the seas part and he might not get invited to spin again. But the minute he plays your jam, woo lawd you take your panties off right on the dance floor.

From my perspective, the most interesting thing about dance music and nightlife culture is how a DJ uses music to create the scene in the club. I’m dedicating a whole chapter of my dissertation to this topic, and I’m going to try to talk about how glamour, music, dancing, and photography work in the scene of the nightclub.

If you think about it, a particular kind of music is associated with a certain kind of person, a certain style of event, and each type has a way of embracing itself through dance. You don’t dance to Hot Chip in the same way you would to Jay-Z. I always have a tough time when I’m out and the DJ plays R&B music or standard pop, mostly because the beats aren’t as fast as house or techno. But as soon as you give me some indietronica, dance rock or house, you better believe I know exactly what to do.

Have you ever wondered how people decide what to do with their bodies given a musical prompt? Or how music has the power to take over your body? We have all seen these people on the street and in the music store: they be at the listening station, just jamming, working the song like they are really Mariah Carey.

I was walking down Lorimer St. the other day when Daft Punk’s “Robot Rock” came on my iPod and the music kind of possessed me for a second: the beat took control over me and I acted out the song as I moved down the street. People probably thought I was crazy. But that’s the power of music—to make you forget all your surroundings and just live in the four-minute moment the song carves out for you.

And that’s also the artistry of the DJ: to keep you in the club (there is a reason the French word for club is “boîte”—when inside you’re closed off from the outside). The DJ reads a crowd and knows his records so well he can remember the one track that always gets everybody hot. He doesn’t just play music—he totally sets the stage, the scene, for the social interaction of the night.

Last week I had my first DJ lesson in a studio out in Bushwick. It was a blast. First of all, I was totally fascinated by all the technology that goes into it: turntables, a mixer, then all the little knobs and dials, plus special computer programs. It’s a world all on its own—an expensive one!—but I can’t wait until I’m able to make music happen on a dance floor near you. You will not want to miss my outfit that night.