DC Comics writer E. Nelson Bridwell deserves a place in the pantheon of historians including Gibbon, Herodotus, and Shirer. 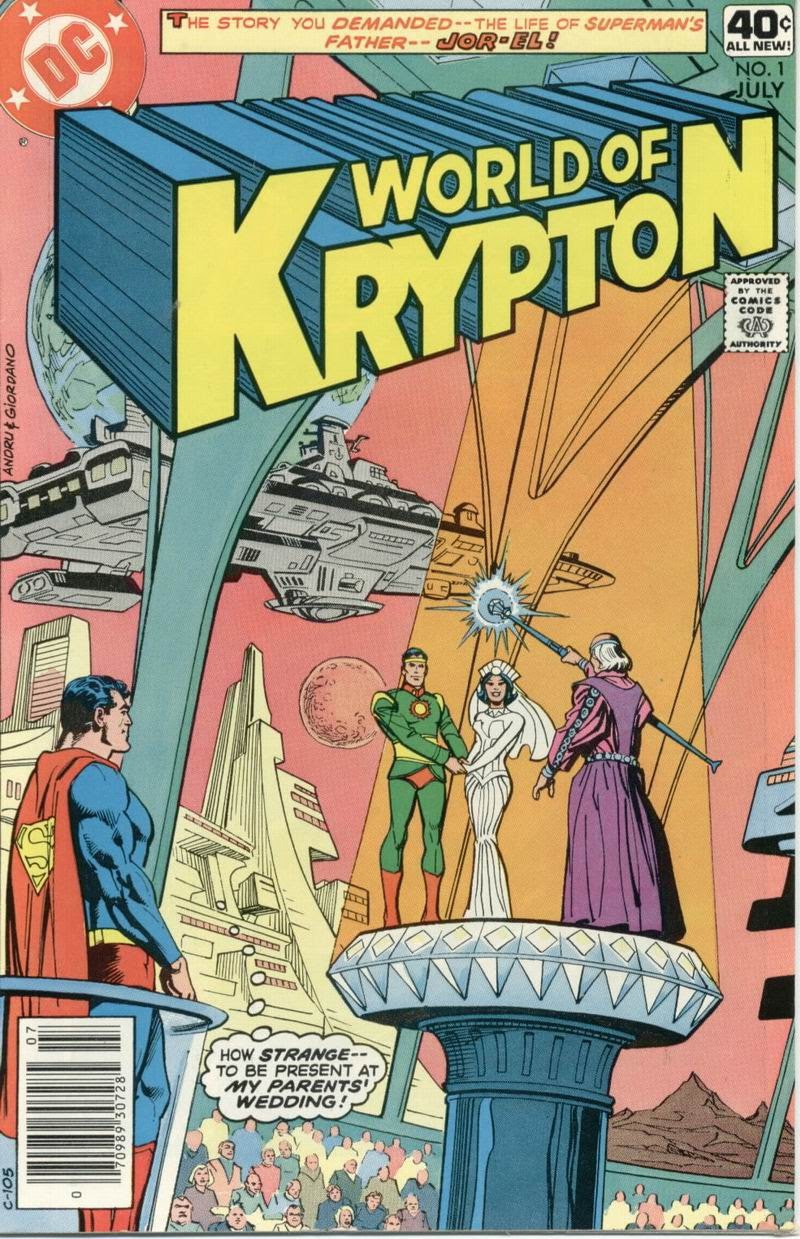 When intellectuals and academics rattle off the world’s great historians names like Gibbon, Herodotus, and Shirer are usually mentioned first. There’s one other name that deserves a place in the pantheon. That’s E. Nelson Bridwell.

During the late-Cold War era shallow consumer culture, the abysmal failures of Jimmy Carter’s administration and the horrors of Reaganomics inspired an obsession with imaginary history. Western society was bobbing and weaving after decades aboard a tilt-a-whirl of light speed cultural evolution. It was time to take a deep breath and consider how things got so crazy. The TV mini-series Roots, Shogun, and Winds Of War were historical fantasies that addressed the introspection of a world looking for meaning beyond immediacy’s narrow parameters. These works created a connection to the past minus the damage of nostalgia, a new understanding of time’s ouroboros.

DC Comics writer/continuity guru E. Nelson Bridwell felt the impact of these pop historical narratives and came up with an imaginative take on the dramatic arcs. Under the guidance of editor-in-chief Jeanette Kahn, in 1979 Bridwell launched The World Of Krypton, the first DC mini-series and the first in an unofficial trilogy of Bridwell-plotted historical mini-series involving the company’s most popular characters. It was the co-creation of Bridwell, DC stalwart Murphy Anderson, scripter Paul Kupperberg, and penciller Howard Chaykin. More than just an addition to the Superman canon, World Of Krypton was an attempt to frame Superman’s personality and existence within a logical context similar to that of a non-super human. World’s chronology of the character’s home planet Krypton spanned from ancient times up to the disaster that dumped The Man Of Steel on Earth.

World Of Krypton reads like the one of those old educational comic books in the vein of Golden Legacy or the more historically-themed issues of Classics Illustrated. There’s a stoic tone that’s really a hybrid narrative constructed from Kryptonian history’s greatest triumphs and tragedies. Each appear in summary form, strung together throughout the first two issues—a montage of adventures, scientific discoveries, wars, political uprisings, love stories, births, and deaths.

World Of Krypton no. 3 (the final issue) jettisons this format with the series’ best story, “The Last Days Of Krypton.” Energized by Wally Wood-inspired art from Chaykin & Anderson (with uncredited layouts from Alan Kupperberg, Paul’s brother), the tale’s an apocalyptic drama that focuses on the destruction of Krypton and the exodus of Kal-El, the Kryptonian infant who grew up to become Superman. Even with this cataclysmic jolt, World Of Krypton becomes powerful only when viewed as the first chapter in a lengthy epic.

Late-1981 brought The Krypton Chronicles, the trilogy's third section. This was a focused examination of Superman’s ancestors in The El family encompassing 10,000 years of Kryptonian genealogy. For this portion the art chores were handled by famous Superman artist Curt Swan. Despite knockout cover art collaborations from Ross Andru, Dick Giordano, and Rich Buckler, from a visual standpoint Krypton Chronicles is the least interesting of the historical mini-series. Swan’s an artist you either love or hate. Along with Wayne Boring, Swan established the wholesome, streamlined late-20th century look sported by Superman. Outside of a handful of humorous/absurd tales, this didn’t add much excitement to The Man Of Steel’s adventures. Luckily Bridwell’s eccentric storytelling scope overshadows Swan’s formulaic art.

KC’s central El Family drama holds a few impressive thrills, but the series’ meta-peak comes early in an introductory scene. Bridwell employs Daily Planet newspaper bigwigs Morgan Edge and Perry White and Superman alter ego/journalist Clark Kent to indirectly sum up the purpose of all three historical mini-series. More importantly, the sequence directly acknowledges the therapeutic emotional impact that real and imaginary genealogical explorations were having on society. It unfolds as Clark Kent is assigned the task of writing a lengthy piece about Superman’s interplanetary ancestry. The writing process pushes Kent/Superman into a strange adventure where time travel, interstellar political intrigue, and complex technology provide the best means for understanding the past. The latter element is a dense stream of virtual reality that bears uncanny resemblance to modern forms and functions of the Internet.

Roughly a year after World Of Krypton ended, a year before Krypton Chronicles began, DC debuted Secrets Of The Legion Of Super Heroes, the unofficial “part 2” in Bridwell’s grand chronology and the writer's most daring work of imaginary history.