Chasing Ambulances in the Name of Culture

When someone dies, the calculus changes. 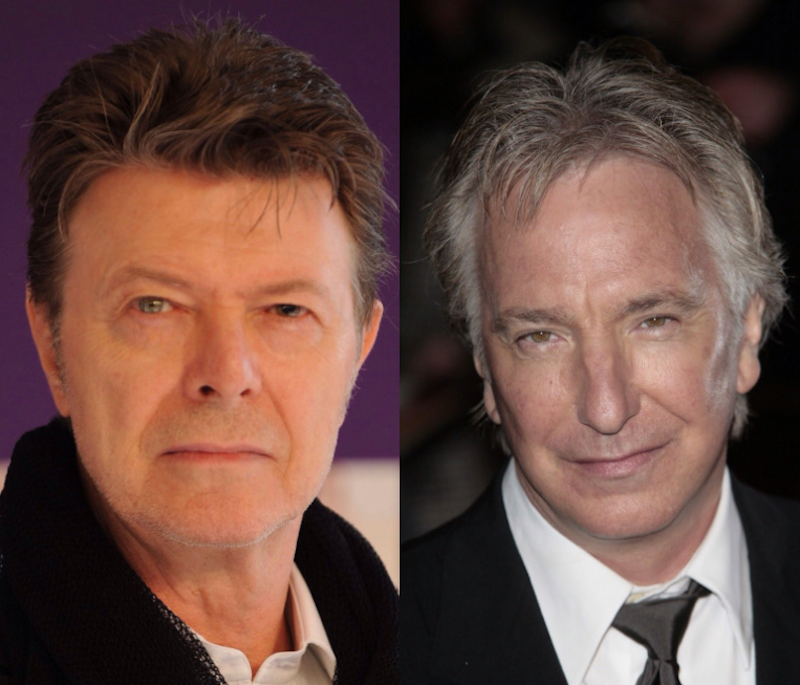 David Bowie, dead. Alan Rickman, dead. The year 2016 has already been too long. Unless you're a cultural journalist. Then it's been a bonanza.

The queasy fact is pop culture writers are just waiting for someone notable to keel over and the news of the death to scroll across social media. Yes, the passing of a beloved cultural figure is sad. But look past that sadness, and what you'll see is a bright shining news hook.

In the normal course of things, writing about culture means writing about the next, new thing—Jessica Jones, Rihanna, Game of Thrones, Adele. You have to write about what everybody’s talking about—which means that you're generally writing about the same things over and over, because what people talk about doesn't necessarily change that much day to day, week to week. And it also means you're writing about things that you may or may not care about that much, and definitely haven't thought about that deeply.

But when someone dies, the calculus changes. Suddenly, your childhood passion for (say) David Bowie is transformed, through the magic of mortality, into a salable product. Alan Rickman is gone, and your lifelong relationship with Die Hard is something that can be refashioned into a marketable product. Death rolls the past up, all at once, and deposits it in the present. For a moment, caring about old things matters.

It's easy to be disgusted about this process, and about everyone involved in it. Over there are all the trendy websites obsessed with trends, who never want to hear what you have to say about Alan Rickman until he's a cancer-riddled corpse. And over here are writers like myself, whose first thought when they see that a beloved rock star has finally passed away is not, "The beloved idol of my youth has died, and how sad his family must be," but rather, "Hey, the beloved idol of my youth has died, now at long last I can write about his influence on me and on those of my generation!"

So, yes, basically cultural journalism is just ambulance chasing, like all journalism. Everyone's misfortune is the journalist's fortune. A fascist wacko spouts racist bilge at Mexicans, Muslims, and other marginalized populations, and newscasters join hands with Lorne Michaels to dance a little jig. Hurricanes, typhoons, dead celebrities; that's how we vultures make our money.

Vultures do have a kind of gross grandeur, though. Those great, ugly birds circling the fresh kill, tearing off hunks of the recently living to cycle them back into the food chain: it's nauseating, but it's also part of the order of things. David Bowie, at least, was always hyper-aware of his own public image. He wasn't the first pop star to master flamboyant self-presentation as money mint (see Liszt and Ma Rainey to start) but he's certainly one of the most iconic of the last 50 years or so. There's something not exactly comfortable, but still right about having him go out in a final blaze of glitter and think pieces, triumphantly humping the crass celebrity he birthed, and which birthed him.

The depressing truth is, you don't get universally beloved celebrities without the media and/or cultural journalism working to make them universally beloved. The mass consumption of culture is entangled with the mass communication of culture. Everyone mourns Bowie at the same time for the same reason that everyone would think about the live Bowie at the same time. He did that thing celebrities do, and built mass cultural awareness and affection out of big releases and news hooks. You get to be the man who sold the world by figuring out how the world can sell you. Bowie was always just vulture poop, like the rest of us. His trick though was to remind us that the vulture poop is sprinkled with stardust.