One more from the Westboro Baptist Jerks. 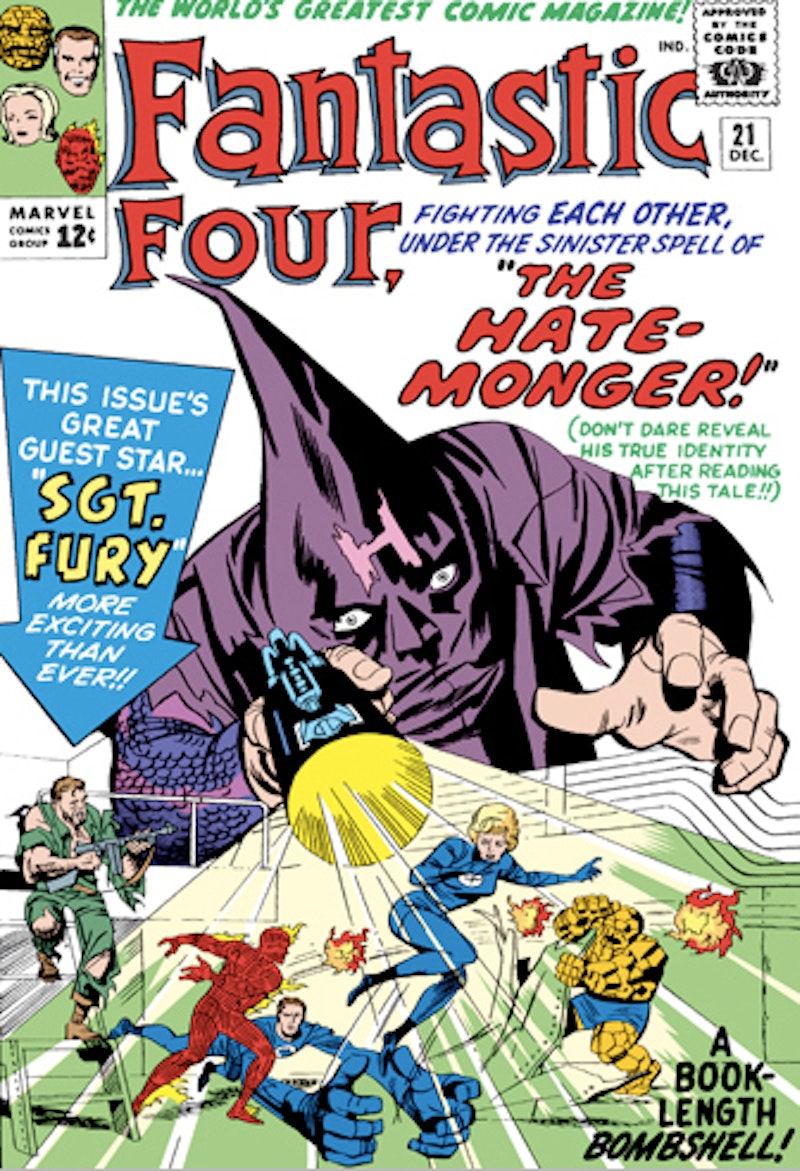 The Westboro Baptist Church doesn’t need any more attention that it already gets for being apeshit insane, inbred abominations of humanity. I apologize in advance.

Additionally, nerds don’t really need to be more trodden upon and abused than they already are. As a guy who was violently shoved into a few lockers and told to “shut the fuck up with all those big words” in my day, I know this firsthand.

We’re eagerly awaiting the results of these two mighty forces going head-to-head in a battle that was surely foretold by ancient prophecy. In a fight between Jesus and The Silver Surfer (Fantastic Four #48, March 1966), who would really win? We’ll find out next week at San Diego Comic Con 2010.

The Westboro Baptist Church plans on taking a break from protesting the funerals of dead soldiers and getting high off of the rich musk of hatred and egg salad which emanates from Fred Phelps to make an epic journey to that fabled geek mecca, San Diego Comic Con. There, they’ll froth and sputter at the gentle cosplayers and attempt to convince them that Jesus is the only superhero who they should be worshipping.

This is not news, but there will be a whole lot of fake weapons at SDCC, and as fake as they are, they can cause actual damage if they’re swung hard enough. I’m as tempted as anyone else to take a Klingon bat’leth upside one of those hollow zealot skulls—so, I issue a plea:

Don’t give in to nerd rage. I know that we’ve been picked on, teased and even physically abused by our less intellectual peers. I know that we’ll have weapons on our persona, and that we’ll be dressed as heroic or malevolent characters, and the inclination to behave as such will be powered by the thrill of pseudo-anonymity. But don’t. Fred Phelps is the closest equivalent we have to a real-life Hate-Monger (Fantastic Four #21, December 1963), and he funds his mission of hatred by provoking people to violence and subsequently suing them.

We’ve all imagined vengeance upon those who trespass against us, and our plots might contain varying degrees of violence. There’s a very real, very tragic reason that situations like Columbine happen, and The Incredible Hulk (The Incredible Hulk #1, May 1962) himself is an ideal expression of nerd id breaking through physical limitations to cause all manner of violence and havoc—this is something that dwells within us. I’m asking you to channel your real inner hero and remain balanced.

Comic nerds can be some of the most upstanding, morally excellent people around. We’re steeped in stories that often promote the value of equality, love, confidence, positive action, and understanding. I’ve never met a true comic book fan who bore any prejudices against any ethnic, religious or social group. We thrive on the morality of these stories, and bristle when it’s compromised. We might stumble on our own social graces sometimes, but we’re good people—and I hope that we all remember that inaction can speak just as powerfully as action.

Artist Matt Fraction and his wife have a similar idea, and have begun a fund drive with the purpose of actively ignoring the Phelps Klan as they perform their theatrics near the convention center. All donations will go towards human rights organizations—an equal and opposite reaction to their actions. It’s never been more scientifically, mathematically perfect. This is nerd power.

So, my fellow nerds, stay your hands. Practice the powerful stoicism of Batman (Detective Comics #27, May 1939) and benevolent wisdom of Superman (Action Comics #1, June 1938). Let the nameless goons exhaust themselves by playing out their scheduled 45 minutes of vocal ignorance, and spend your energy breaking through the impenetrable Mattel lines and sweaty nerd aroma inherent to excitement and closed spaces.