Mountain Man - Made the Harbor 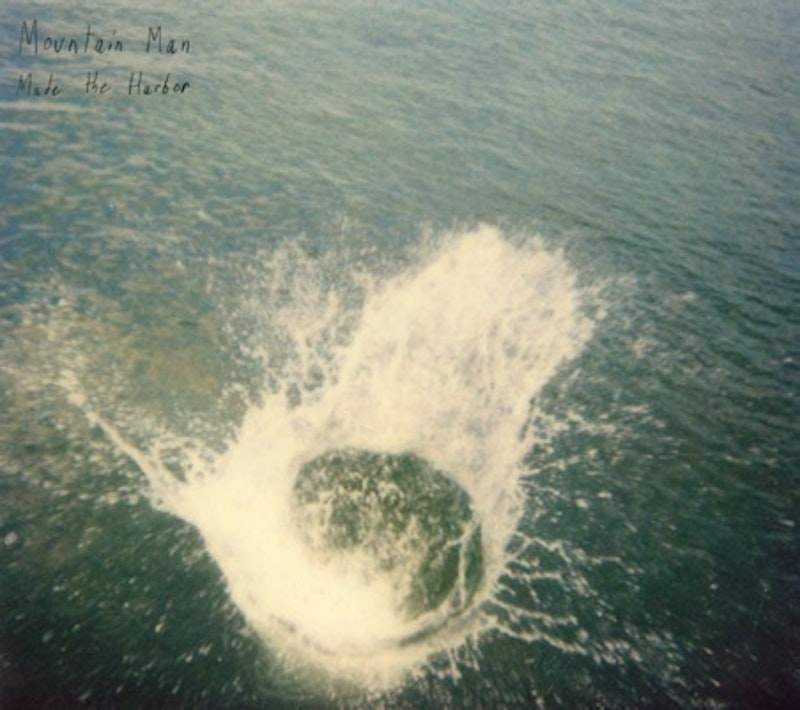 It’s been hovering precariously around 100 degrees here in upstate New York. The days are a bleached-green color and cicadas loudly dominate the entire valley where I live, unseen but perpetually vocalizing their presence in a breathless wail that can’t be ignored. The nights are equally alive with the sounds of crickets and frogs, and the dripping hum of air conditioners fading across the hills, with the occasional hiss of tires against hot pavement and a glimpse of headlights falling from the sky and spiraling down the hills around me. And the stars, which I can’t imagine not growing up with, are almost always visible.

So, I guess it should come as no surprise that Mountain Man’s debut album, Made the Harbor, was recorded in an old ice cream parlor in upstate New York. There’s something about the calm, simple, rural vocals that radiates a certain New Yorkness, none of which are so Southern that they come across as roots music, gospel, or heaven forbid, hillbilly music. We’re north of the frenetic pace of Manhattan, and we’ve passed through the fading grayness and false greenery of Westchester on the Taconic by way of the Sprain, and we’ve reached the northern expanses of the Hudson Valley past Putnam and Ulster and into someplace timeless, but very distinctly New York—and almost more distinctly, forgotten New York. There’s a lot of it, and most of it’s been named like no one ever expected it to appear on a serious map—Doodletown, Onderdonk Lake, Vanderwhacker Mountain.

Maybe I fell in love with this trio of female vocalists for the simplicity they embody. With little more than an occasional guitar, the echo-y vocals conjure the same cicadas and crickets and moths that define the deepest part of the summer months for me. I’m on a perpetual, constantly failing quest for some holistic form of simplicity, and a few minutes of this album reveals the possibility of that actually happening. It’s a kind of recorded proof that three voices and a guitar can be the world for a little while.

It’s easy to get pretentious when channeling a musical genre that is decidedly unhip or delves into a historical period, but the quiet dignity of the album precludes any hint of that. It feels completely organic to its core, complete with the quiet hiss of ambient noises. This “unprofessional” recording has been a point of contention for some listeners, but criticisms of this nature are generally a product of self-proclaimed audiophiles and their endless Quixotic quest for the most lossless digital file humanly attainable, just to be able to complain about its quality. Not to get too hipster on anyone, but a little bit of realistic recording noise presents a very real wall between the listener and the musician, and it generates some loneliness in the process. The Mountain Goats’ All Hail West Texas and Elephant Parade’s Bedroom Recordings use a similar barrier between them and us. It’s just the visible brushstrokes inherent in the process, even if the increasingly digital world tries so desperately to hide them.

Made the Harbor isn’t like sitting through a series of songs as much as it is a succession of very peaceful reverberations delivered in a uniform style, beautiful in its complex harmonies and lack of complication.