An Argument for Wall-to-Wall Ass Coverage

Mastodon may be onto something big. 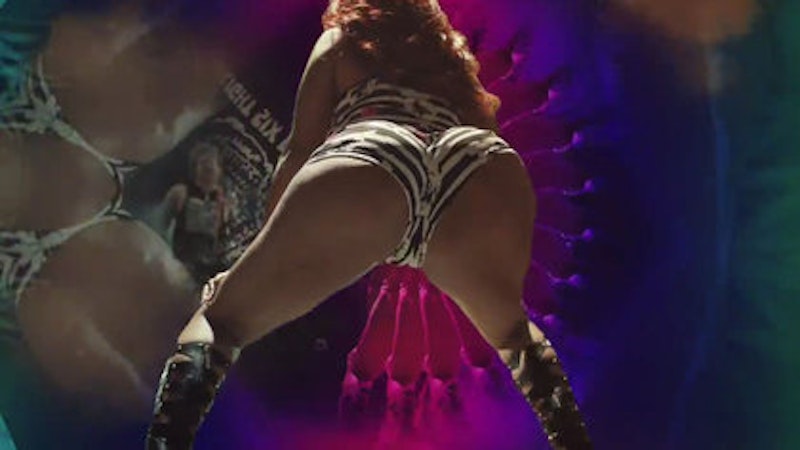 I don’t know much about Mastodon, beyond the fact that they’re a popular prog-metal outfit responsible for 2006’s Blood Mountain, a reasonably enjoyable record I purchased, spun 10 or 12 times, sold back to the store, and promptly forgot about. The band’s video for the "The Motherload" is home to a lot of stock “metal” imagery: sinister figures in cloaks, tortured dudes pretending to be trees, bearded men performing on a stage and a woman outfitted to resemble an alien extra from Star Trek: The Next Generation. The clip also features women of various ethnicities twerking in gratuitous slow motion, which suggests that Mastodon has figured out something that Worldstarhiphop.com, rap video directors, and the pop sphere grasped eons ago: the incessant shaking of bare, cellulite-thick asses has an innate ability to bring about world peace, cure virulent diseases, and bridge social and ideological divides. Laugh at Mastodon if you must, but know that you’re part of the problem, not them.

Watching “The Motherload” video again—it’s so thought-provoking that I can hardly turn away from it—it occurs to me that we’re suffering a dearth of undulating booty.  It should be everywhere. We should be drowning in it. NFL broadcasts lavish attention on scantily-clad cheerleaders; if the NHL and MLB truly desire that most-watched-sport crown, why don’t they follow suit? Why deprive us? If the tinfoil-hatted leftist protesters who gather outside of the post office downtown with “BIG BROTHER IS WATCHING YOU” placards on Saturdays when the weather is fine want my sympathy, why not draft some like-minded strippers to grind nearby? If Sherwin-Williams wants to sell more paint, why not film Vivid Video vixens and average-looking housewives wrestling in a tub of turquoise for the right to have the company give their McMansion a facelift and a makeover?

After all, nothing livens up a real estate open house or a youth choir performance at a nursing home or Easter dinner at Aunt Veronica’s like a spirited faceoff between Ukrainian twerk troupes. All of which is to say: more ass now, please, on the corner, in the boardroom, around the Vatican, outside the Capitol, on Fox & Friends. Too much is never, ever enough, particularly if the rapid over-extension of this trend is enough to deflate it quickly and irrevocably.