The Perfect Queerness of Portland

I admired how creative the whole city felt. 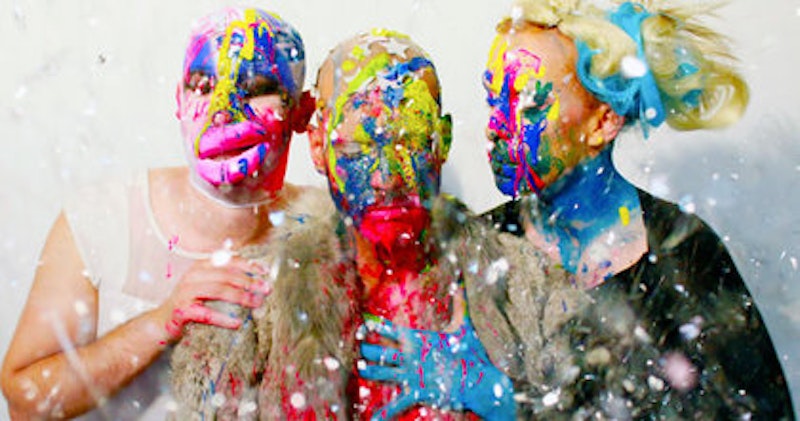 I recently got back from a four-day stay in Portland, Oregon, which is the queerest little city in the United States. The only thing I knew about Portland before spending any time there came from the skits I’d seen on IFC’s Portlandia, the sometimes-funny comedy about hipsters in Portland that’s really about hip, free-range young people in lots of different places. When you’re in Portland, Portlandia always comes up in conversation somehow. A delightful queer older gentleman (and radical faerie) I met at Russell Street Barbeque asked me what I thought about Portland. I told him it seemed just like the show.

Portland is a surprising place. When you stroll through the Pearl, the former industrial core of the city that’s been transformed into a fabulous urban enclave of shops, boutiques, grocery stores and bakeries, you get the feeling that you’re in some sort of super clean urban oasis.  It’s urban but nature is right around the corner. With around 600,000 people the city offers a great deal of shopping and culture. Powell’s City of Books, perhaps the largest independent bookstore in the world, thrives in multiple locations around the area, whereas most independent bookstores in other cities—and even the big box ones—have closed shop.

As for culture, the city offers a big-ticket intellectual punch. I was in town for the Portland Institute for Contemporary Art’s Time-Based Art Festival, where I was one of the guest artists, and I admired how creative the whole city felt. For instance, the TBA Festival is a month-long showcase of cutting edge performances by a range of interdisciplinary artists from various artistic genres. One piece I loved by Eisa Jocson was called “The Death of the Pole Dancer,” a challenging meditation on gender, exoticism and sex work. Cello rock star (no, seriously) Maya Beiser captivated an auditorium of 500+ by virtually turning her cello into a guitar and wowed everyone by playing covers of classic rock and roll songs, all while wearing insane platform heels and a fabulous sequin dress.

By now I’ve been to Portland several times and with each visit I’m impressed by how aggressively queer the place feels. That’s the thing I love most about Portland: it’s so queer, and queer in a way that even big cities like New York or Chicago don’t feel queer. Just a few days before arriving in Portland I was in Chicago where my friend took me to a party called Men’s Room, a type of gay male only party a la the 1970s where you’re forced to take off either your top or your bottom. By day the venue is an upscale restaurant but when Men’s Room happens it becomes a den of blowjobs, ecstasy and amazing house music. Great!

Except it was largely full of eager, masculine gay bears, which was cute for the little hour and a half I was there, but after a while it was so boring. I was sick of dancing on the box by myself and staring out into a sea of sweaty straight-acting white guys. Where were all the faggots? Where were all the sissies and divas? A party without sissies and faggots just isn’t my flava.

I’ve frequently written about how sick I am of masculinity and the overstated role it plays within the gay-male-sex-having-industrial-complex. During my stint at the Time-Based Art Festival in Portland I was a guest judge at Critical Mascara: A Post-Realness Drag Ball, meaning I got to play dress up and be all performance art-y with the Portland area faggots and sissies. It was a really powerful experience because I got to see how important clothes, fashion and playing dress up was for queer people.

If you know drag, even from a little bit of RuPaul’s Drag Race, then you know that most people do drag in a way that impersonates femininity, and there’s a real art in the work these queens do. But at Critical Mascara the people who inspired me most weren’t just the drag queens. I was living for all the bearded bears and boys in dresses who also turned looks, giving you skirts, heels, lipstick, pearls and all the rest. It was so exciting because from what I can tell in New York or Chicago the majority of gay men aren’t always so quick to embrace faggotry. I was the only fag at Men’s Room in Chicago that night and so I left. The lack whimsy and play with gender really ruined the experience for me.

In any case, Portland’s a great place to be for the artsy leftist queers among you.