You Can't Glorify That 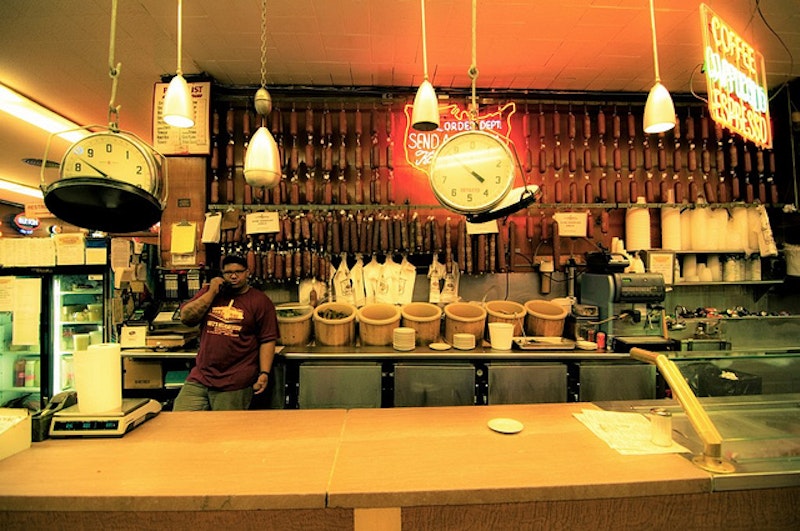 Pat Boone: One clip I remember was her making love to a priest on top of a coffin.

Nicky Barnes: I didn’t expect him to start fucking her.

Boone: We’ve both written about our challenges.

Barnes: What about the guy who died in the mob riot?

Boone: That created an additional strain, which is not an excuse, but it is a reason or a rationale.

Barnes: Yeah. That’s why I cooperated.

Boone: I went running in and the audience was still applauding.

Barnes: Maybe I was aware, but I just didn’t give a fuck.

Boone: First of all, we loved each other deeply and even though I hurt her, she forgave me. You don’t mind, right?

Barnes: I heard you’re in a wheelchair. You can’t glorify that.

Boone: As an energy source you can’t get a more abundant, free, environmentally perfect fuel than air and I think this is a huge development for the future.

Barnes: It is always about the product.

Boone: Yes. Where do you plan to go?

Barnes: Too many people would be gunning for me in New York.

Boone: I went back home. It was in total shambles.

Barnes: I guess there’s some nostalgia in it.

Boone: That triggered something in me so I became determined to use every brain cell and every ounce of energy for something good, productive, and fun and something that would benefit somebody else, not just me.

Barnes: Well, I can’t see how a guy can be considered strong if he lets a bunch of assholes walk all over him and he doesn't respond, just because of some code that a bunch of idiots have cooked up.

Boone: At one point we had pigs, chickens, rabbits, and a vegetable garden because we were augmenting daddy's thin income that had to take care of a wife and four kids.