Your Tax Returns Should Be Public

If people are exempt from media scrutiny, where is the line drawn? Are actors and athletes fair game? If not, what makes them different from business people? 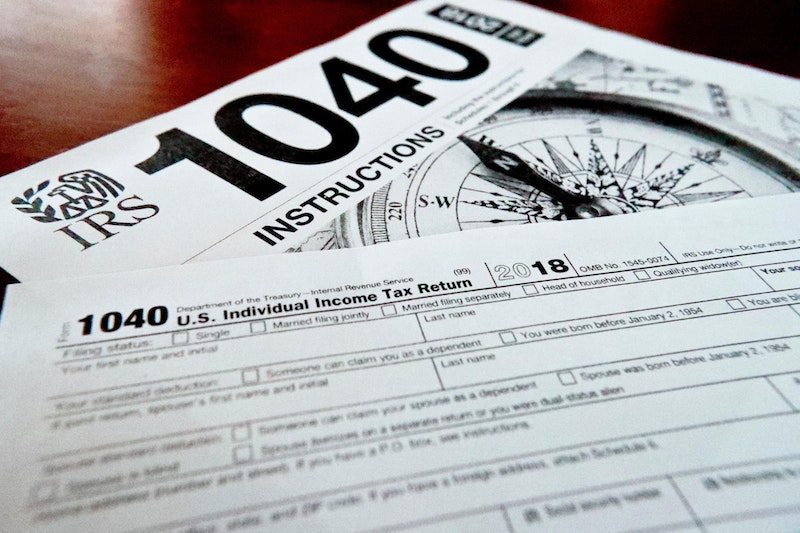 On Tuesday, ProPublica published an analysis of the tax returns of some of the wealthiest Americans, including Amazon founder Jeff Bezos, Tesla founder Elon Musk and Berkshire Hathaway founder Warren Buffett. ProPublica then indexed the amount of taxes paid to the reported wealth of each tycoon and found that the tax bill for each is a low single digit fraction of wealth, sometimes less than one percent. When you measure a middle-class family’s tax burden by total household wealth, rather than income, you’ll find they often pay more in taxes than they gain in net worth over the years.

The culprit here is that most people derive their wealth from their income while the very rich build their wealth through ownership of financial assets, real assets and businesses. None of this is new. Warren Buffet has been saying since the Financial Crisis that he pays a lower income tax rate than his secretary. Nobody had to steal his tax return to prove what he has already admitted.

That, by the way, seems to be what happened. ProPublica has no idea who leaked these documents. Editor-In-Chief Stephen Engelberg and President Richard Tofel surmise that the documents might’ve come from an IRS employee, which would be an illegal leak, or that they might’ve been obtained by hackers. “Provenance is not essential; accuracy is,” they wrote. ProPublica argues, as a news organization should, that so long as they broke no laws obtaining the information, they can report on it as a matter of public interest. So it was with The Pentagon Papers and Wikileaks, so it should be for ProPublica. Nice scoop, provenance be darned.

But the decision raises inevitable questions. One issue is that Bezos has had personal information leaked before, including photos of his privates that were shared with the press after, Bezos believes, his phone was hacked by Saudi Arabia’s ruling family, who’ve also been credibly accused of murdering the journalist Jamal Khashoggi, a critic of the Saudi royals who worked for The Washington Post, which Bezos owns. So there’s always the chance, when you accept data leaks about prominent people from unknown sources that your news organization has become a patsy for some nefarious foreign power. This is why Twitter justified censoring The New York Post’s pre-election reporting about Hunter Biden.

It’s also fair to ask whether ProPublica would publish or report on your tax returns, mine, or any number of people who might’ve had their annual filings scooped up by an IRS employee eager to hand them to the press. Bezos, Musk, Buffett and George Soros are all public figures, rewarded by society and in the public interest. But if one person’s tax return is of interest to all, then maybe all tax returns are similarly noteworthy.

If people are exempt from media scrutiny, where is the line drawn? Are actors and athletes fair game? If not, what makes them different from business people? While I have mustering tears of concerns for multibillionaires who are about to take leisure space flights like Bezos, the privacy issues here concern me and ProPublica confirms that they should, noting in their explanation for why it’s okay to report on the private finances of wealthy people that state returns are public records in Wisconsin, and all tax returns are publicly available in Norway, Finland and Sweden.

In America, taxes are like commercial air travel—you have no way of knowing if the person in first class paid less for their seat than you paid for a middle seat in economy. ProPublica believes the very rich want it this way. Everything’s a secret unless somebody voluntarily gives up their returns to run for office (a normal practice famously shirked by Donald Trump, to little detriment) or if you wind up in court in front of a judge who refuses to seal the juicy stuff. For most people, the legitimacy of a home office deduction will never be an issue and, if it becomes one, will never be known to anyone but the taxpayer, an accountant and an IRS auditor sworn to secrecy.

Maybe we should take ProPublica’s stance to its logical conclusion and just make tax filings, like any other permit filing with the government, a public matter. Total transparency might add the force of social censure to the tax enforcement process, and it would also expose the uneven application of the law where some taxpayers are dinged for infractions that are let to pass for others.

Or, ProPublica can just admit, as any news organization would, that publishing and analyzing the private matters of the rich and powerful is too good a story to pass up.