One move that takes little effort and no legislation could have a modest impact on the environment: your search engine. 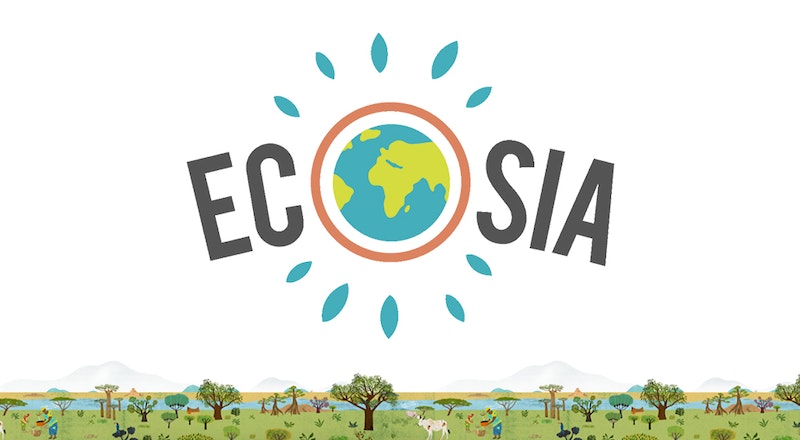 In a time when the environmentalist movement is alienating some people with articles going after meat eaters, people who want to have children, people with asthma and everyone who wears clothes, it's important to look at manmade climate change from a realistic perspective. There are people who don't believe in it. That's a problem, as are those who are trying to use the change to enact a Soviet Union-style takeover of the American economy disguised as environmental policy (see: Green New Deal).

Meanwhile, there are Americans who live in coastal communities who take rising sea levels seriously as they see rampant coastal flooding during storms—and many of those people want serious solutions to a serious problem. It's hard to see any major environmental reforms coming to the United States soon, but ditching Google (or another search engine) in favor of Ecosia is one minor way to help.

The Berlin-based search engine donates 80 percent of its profits to reforestation efforts, according to Snopes, planting trees across the globe. Renewable energy powers the whole operation (they produce twice as much of it as they need). As its site explains, for every 45 searches (on average), they plant a tree somewhere in the world. And every search on the site generates revenue to remove one kilogram of carbon from the atmosphere. Ecosia mostly plans these trees in South America, Africa, and Southeast Asia, although they also target Cuba, Central America and Spain.

Planting around 74 million new trees since its founding in 2009, the company continues to grow at a rapid pace. As of November 9, 2019, it ranked 379th in global web traffic, according to Alexa.com; this means the site climbed 99 spots in 90 days. However, it still has plenty of room for improvement in the United States. Although it ranks among the top 100 websites in European countries like France and Germany, it ranked 453rd in the United States.

It's a pipedream, but the site states that if they became as big as Google, all the trees they’d plant could absorb 15 percent of earth's CO2 emissions. This probably will never happen because Google controls more than 90 percent of the global search market, as The Visual Capitalist points out. Also, according to National Geographic, terrestrial plants absorb 29 percent of the planet's carbon emissions. However, even if Ecosia took off and became one-fifth the size of Google, that would be an extra three percent points of carbon absorption. And if Google feels threatened by their presence, they could promise to help in the reforestation effort to incentivize people to stay with them.

Their site also rips Google for using tax avoidance strategies and tailoring search results to one's prior web search history—which they claim leads to skewed results. It's smart to point out these flaws of Google because there are people who despise massive corporations and others who think Google has a (insert worldview here) bias. Might as well peel away the frustrated Google users and offer than an eco-friendly alternative.

Ecosia isn’t a perfect site. When it comes to advanced searches, nothing beats Google—despite its flaws. For the most part, Google is useful in search for exact phrases while excluding specific words and only in articles from certain dates. This makes fact-checking easier along with keywords showing up in bold on the results. It doesn't always comply with the task but Ecosia doesn’t either. However, Microsoft, the creator of Bing, powers Ecosia’s search engine, so it is usable.

The best thing that could happen to the site to boost its traffic would be American politicians using the bully pulpit to encourage people to use the website. Someone like Rep. Alexandria Ocasio-Cortez could blast a quick tweet out to her 5.7 million Twitter followers telling them what the site’s about and how to make it their default web/mobile browser. It would have a more positive impact on the planet than crafting some bill that has a zero percent chance of being enacted into law.