Pudovkin was foolish on at least one occasion. 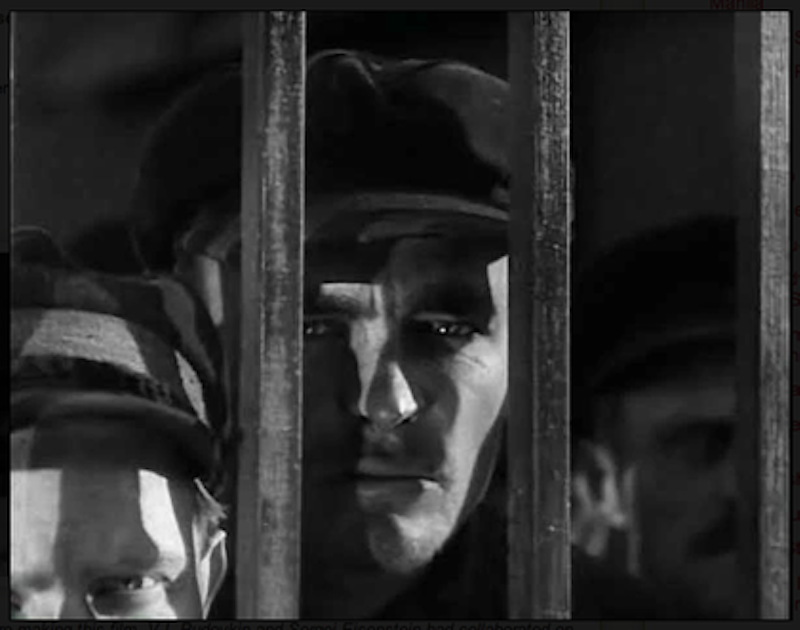 Not quite 90 years ago, an august man made a prediction. His name was V.I. Pudovkin and he made movies in the Soviet Union. He also wrote, thought and spoke about movies, and I'm told that in doing so he made quite a difference to the study of film. But at least once he made himself look very foolish.

Sound films had a great future, Pudovkin announced to an audience. “But one must never show on the screen a man and reproduce his words exactly synchronized with the movements of his lips,” he said sternly. “This is cheap imitation, an ingenious trick that is useless to anyone.”

Pudovkin figured that since the director assembled bits of film and made a movie out of them, then the director should also assemble sounds and make them into a collage that would accompany the flow of images. That is, he was all for soundtracks as long as their sounds could be moved about and brought into play as the director pleased. But to hear a tinkling crash just because a character dropped a glass at that moment, or to hear a word spoken in the actor's voice just because his character spoke that word, was unseemly and would bog down artistic creation in mere reproduction.

Pudovkin said, “dialogue films” were “nothing but a photographic variety of stage plays.” Here comes the prediction: “They are, of course, new and interesting and will undoubtedly at first attract the curiosity of the public, but not for long.” Mere novelty value, you see, it'll soon wear thin. But people can see and hear each other when speaking face to face. Wouldn't they want to hear as well as see the people they're watching up on the screen? The thought didn't occur to Pudovkin. He knew the kind of film he wanted to make, and his thoughts revolved around that sort of film. They didn't get sidetracked into consideration of what people might want. That side of things was taken care of by a swift, clear assumption: audiences wanted what he wanted to give them. So synched dialogue, unlike recording action with a film camera, was merely mechanical duplication and a flash in the pan.

This is another example of how theorizing and thinking are not really the same thing. One can theorize away and at a certain point drop coherent thought in favor of unexamined preferences. With luck, though, Al Jolson won't come along and make you look like an ass.

Confession. My feelings are hurt when I get one of those computer overrides with a text box telling me I have to pay up if I want more articles from The Washington Post or The New York Times. I feel like they caught me out and now they're going to make something of it. Yes, I was freeloading, but do they have to put me on the spot?

I don't feel that they're unfair in charging for their product. I just mind that they want to put me in the wrong. I feel this way even though they don't say I did anything wrong. In theory we both know the score. They've got their business model, and it includes letting me graze before I'm told to put up some money. Even so. When their pop-up forces its way onto my screen, I feel like I'm not welcome, and they're a bunch of jerks for drawing attention to my wrongness and not letting it slide. Like I do what everybody does but I'm the one who gets to feel dingy.

No, this is not reasonable on my part. But it's the sort of twitch your mind gives when your personality is set up like mine. It happens 50 times a day, for one reason or another, and it always sucks.