Attempts to delete the top country star of the moment are backfiring badly. 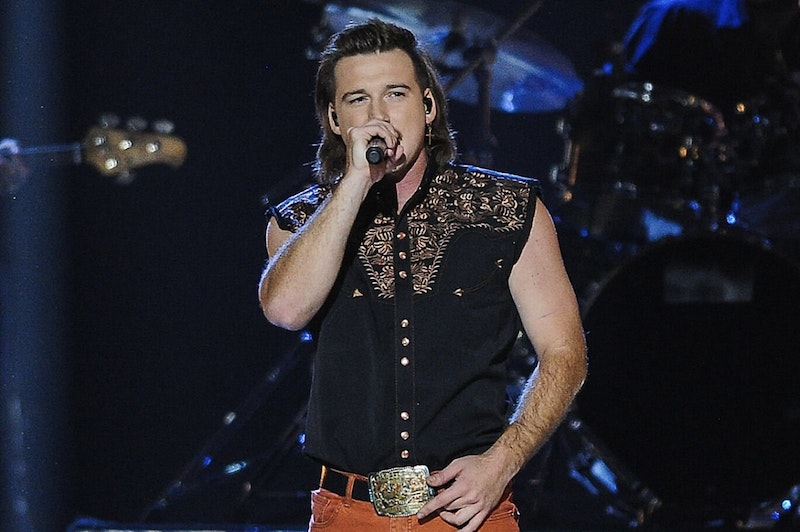 Friday night, like many others, I bought and downloaded both of Morgan Wallen's albums. At the moment I did, he had nine of the Top 10 country songs on iTunes, even as his label dropped (or "suspended") his contract. Wallen, the heaviest rotation dude in history, had disappeared Tuesday from country radio as though he'd been guillotined; all the banner ads for his recent album Dangerous disappeared. But, nine of the Top 10: I've never seen anything like that. Or not since London 1977, when people were stampeding from record store to record store, trying to find a copy of Never Mind the Bollocks, Here's the Sex Pistols after the BBC banned "God Save the Queen."

It struck me at some point last week, as it evidently struck hundreds of thousands of others, that Wallen's oeuvre might start disappearing from every platform immediately (it's a rocky mixed bag on YouTube right now, for example). It's like we were gun enthusiasts late in 2008, stockpiling ammo on the rumor that Obama was coming for our weapons. This time, though, "they" really are coming for our music. Let me ask you this: why is it supposed to be wrong to buy his albums? Or asking for myself: was that a morally wrong download?

Let's briefly review the case for cancellation. On February 2, a video was posted showing Wallen, after a night on the town of the sort relentlessly celebrated in his songs, yelling insults and/or endearments at a group of his friends. These include that word: The word that ends in “r” and features a double “g.” You know the word I mean. The word of power. The word of evil. The supernatural weapon first developed in the dark satanic mills of John C. Calhoun.

Wallen was the most dominant presence on country radio at that moment, and if you've gotten anywhere near country radio since 2018, you haven’t avoided "Up Down (feat. Florida Georgia Line)," "More Than My Hometown," or "Whiskey Glasses" (with the immortal line "She's probably making out on the couch right now with someone new"). When TMZ posted the video, Wallen was dropped instantly from radio, with Billboard reporting 1500 plays on its survey stations on February 2, a mere 25 on February 5. But sales spiked amazingly: from 5100 on the 2nd to over 35,000 on the 5th. Right now, Dangerous is the #1 album in any genre on iTunes.

My view is Wallen’s about as good as it gets in pop country right now, mutating the bro plague into something a little more traditional. I'm happy to put it on and let it play. He's a sharp writer, and I just spent the last 24 trying to get Whiskey Glasses to stop running in my head. This isn’t the first time. There are 30 songs on Dangerous: The Double Album, and it’s better than his debut long-player If I Know Me from 2018, which was good. Without the current conflagration, the album might’ve produced five or more Top 10 hits, been the best-selling country album of 2021, and remembered 20 years from now as a summary of this moment in the history of the genre. He effectively hits a variety of moods. (I'd still rather listen to Chris Stapleton, though.)

So I imagine that as 2021 went on, I'd have bought it anyway. And I'm trying to figure out why people might think I shouldn't, or want to make it impossible for me to. Perhaps, since we've confirmed that Morgan Wallen has uttered the infernal syllables, I’m liable to be corrupted by listening to his album, as the youth of the UK were corrupted by the Pistols in '76 or young Floridians by 2 Live Crew in '89. Perhaps I need a new Tipper (call her Maren Morris) to protect me. I'm not a youth anymore, and am as corrupt as I’m going to get. Also, the Pistols and the Crew had actually disturbing (and funny) lyrics about actually disturbing (and funny) stuff. Dangerous: The Double Album focuses on fairly wholesome partying in extremely wholesome small-town America.

So it's not the content, such as it is, that's going to corrupt Wallen's unsuspecting audience, though he’s awfully whiskey-positive. It's not even his famously rowdy behavior or the failure to wear a mask that got him temporarily kicked off SNL. It's that once (or maybe, more than once!) Wallen used a bad word.

This is a version of famous puzzles in philosophical aesthetics about the relation of moral and aesthetic value, and the relation of the artist to the art. For example, Leni Riefenstahl was a fundamental innovator in documentary film. You can't really narrate film history without her. But she was funded by the Nazis and a friend of Hitler. She made Triumph of the Will, an effective piece of Nazi propaganda. Was she a good filmmaker, an important filmmaker? Should we screen her films at all? Should you stream Olympia tonight, if you can find it? It is, one hates to say, very beautiful.

I have a set of answers to that, and I think it would be (and has been) wrong to restrict the screening of Riefenstahl's films. But good heavens, people. Morgan Wallen is no Leni Riefenstahl, and Dangerous: The Double Album is no Triumph of the Will. There are no Trumpian anthems on it, and even if there were...

And as usual, I think people had better reflect on how they're thinking about "the power of words." It’s some sort of primitive (I use this word advisedly) or savage belief system according to which the world can be controlled or preserved by speaking the right words in the right order, and people can be assaulted with incantations and spells performed in the driveway at someone else's house. I'd call it "voodoo," but voodoo is an ancient and profound belief system. You and your tiny taboos are merely quaint, folksy superstitions, though they'd be a fit object for anthropological study.

I don't know what you believe you’ll have accomplished by deleting Morgan Wallen, but it's too late now. We've all got the prohibited material on our hard drives.