The point of reviewing public art is to distinguish propaganda from legitimate history. 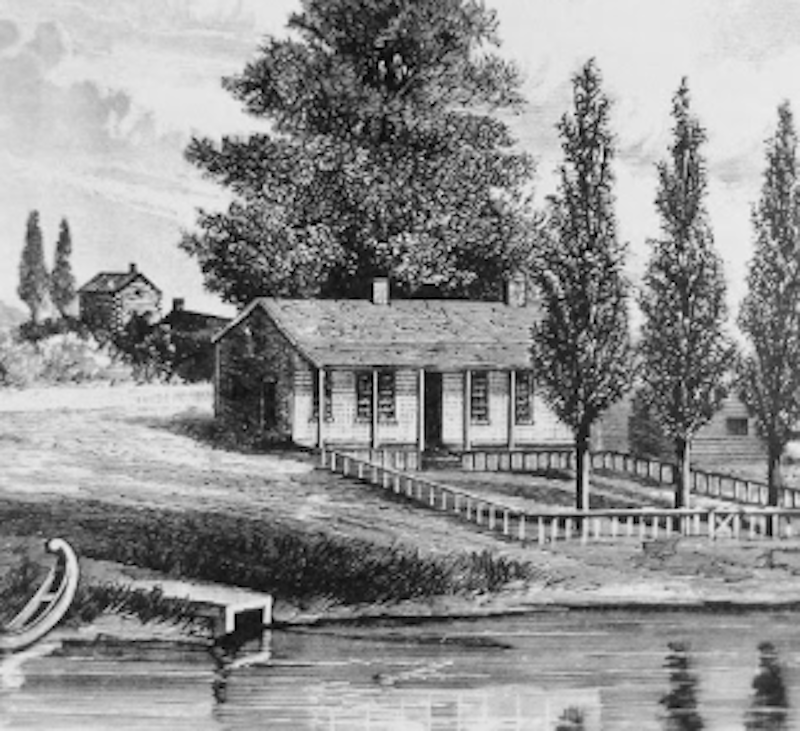 Towards the end of February, the City of Chicago announced that 41 public monuments were "under review." On the Chicago Monuments Project website, city residents are encouraged to give feedback on the listed statues, reliefs, and plaques. Detractors of the program have suggested that this is an extravagant use of resources while the city’s under heavy strain from a stalled economy and a surge in violent crime. There’s no clear-cut plan about what to do about the monuments after collecting the feedback.

As it stands now, the program will likely be a slow-paced slog to enact any changes if it decides to do so. A few of the monuments listed have been sources of controversy for decades, but remain standing. Others have interesting histories, even if items like the Kinzie Mansion plaque, commemorating the birth of "the city's first white child," are already in storage and probably staying there. There are several whose need for review doesn't seem explicitly clear, and some are such beloved local favorites that their removal isn't worth the fight. In addition, some are so big, or are built into a structure's architecture, that the effort and expense weigh against their removal.

There are two monuments that have been a source of controversy from the moment of their erection. The first is the Haymarket Police Statue. Dedicated in 1886 to police officers killed in the Haymarket Riot, a lone cop stands atop a pedestal, waving to the city. There are conflicting accounts of how it came to be struck by a streetcar in the 1920s, but it was bombed twice by the Weather Underground, and frequently vandalized. After moved several times, its current home is the courtyard of the Police Training Academy.

The other perpetual source of controversy is the strange Italo Balbo Monument, located in the shadow of Soldier Field. Given to the city in 1933 by Benito Mussolini, it was meant to commemorate the first trans-Atlantic flight by the Italian Air Force, led by Balbo. The sculpture is a Roman pillar dating back to the second century placed on a travertine pedestal created by local Italian-American artisans. The pedastal's inscription makes the intention clear: "Fascist Italy, by command of Benito Mussolini, presents to Chicago, exaltation, symbol, memorial of the Atlantic squadron led by Balbo, that with Roman daring flew across the ocean in the eleventh year of the fascist era." Balbo would go on to participate in Mussolini's conquests of Libya and Ethiopia.

Since the end of World War II, no one has figured out what to do with it. The monument's one saving grace is that it doesn't depict a person. I suspect that if it were a depiction of Mussolini or Balbo, it would’ve long ago been destroyed. The debate has mostly been over whether to give the pillar back to Italy, or dismantling the monument and putting the pillar in the Art Institute of Chicago. I think there's a lot of merit in putting the ruin in the Art Institute, if only to protect it from the elements.

Because Illinois was a Union state, Chicago has been spared the Confederate statue problem. Our Civil War monuments are tributes to the fallen, or to Union military leaders like Ulysses Grant and Philip Henry Sheridan. In particular, Grant and Abraham Lincoln are Illinois' favorite sons, with several tributes in the area. The history of slave ownership has been a source of consternation for statues of the Founding Fathers, as well as Christopher Columbus' role in establishing the slave trade, which is why their statues are under review. Grant and Sheridan's post-Civil War "scorched earth tactics" used against Native-Americans are the reason their monuments are under review. I don't see any reason why the five Lincoln statues are under review, and I can't think of one on my own. I'm fond of the Young Lincoln statue outside Senn High School, depicting him barefoot and studious, as well as the axe-wielding Lincoln Rail Splitter, a tribute to the idea that a simple laborer could become president.

Monuments pertaining to Native-Americans are some of the more conflicting. The reliefs on the DuSable Bridge depicting the white man's "noble conquest" are neoclassical behemoths whose removal might require some kind of rebuild of a bridge on one of Chicago's busiest streets. About a mile south along Michigan Ave., are the Spearman and the Bowman, two Native-American warriors astride their horses with weapons drawn, marking the entrance to Grant Park. Even the criticism can't ignore how beautiful these local favorites are: "Impressive for their heroic scale and bristling energy, the sculptures have been criticized for their romanticized and reductive images of American Indians."

There are quite a few tributes to Native-Americans under review that were always intended to be in salutation. The Alarm, depicting a Native-American couple, is dedicated in gratitude to the Ottawa Nation. A Signal of Peace, by Cyrus Dallin, came from the Utah-born artist's lifelong admiration for Native-Americans. First displayed in the Paris Salon, A Signal of Peace was purchased by prominent Chicago attorney, Lambert Tree. The statue was installed in Lincoln Park in 1894, a memorial to those "oppressed and robbed by government agents, deprived of their lands... shot down by soldiery in wars fomented for the purpose of plundering and destroying their race, and finally drowned by the ever westward tide of population."

If there's any proof that we shouldn't be afraid of change, it's the William McKinley monument. Produced shortly after the President's 1901 assassination, it was made by melting down an existing bronze statue of Columbus, and the McKinley was put in its place. A frequent critique is that removing statues is a way of erasing history, and this example shows how spurious that is. The point of reviewing public art is to distinguish propaganda from legitimate history. The next is to consider which history is worth celebrating. Over time, society's perspectives shift, and the tributes that seemed pertinent in my grandparents' time are sometimes irrelevant to the present.

Who we choose to exalt, or not, through public tributes says something about the time and place that produce them. That's the reason Westerners saw liberation in the toppling of statues of Vladimir Lenin and Saddam Hussein. Chicago has a terrible history of failing to honor the local contributors of the arts who impact the world, and that's largely rooted in bigotry and snobbery. Chicago's best writers have long made a point of writing about the city with an unflinching realism descended from Zola, which might explain why there's little in the way of public appreciation for Studs Terkel, Richard Wright, Upton Sinclair, and Nelson Algren. Even worse are the lacking public acknowledgements of the immeasurable gifts Black Chicago has contributed to music. If there's a fear of losing history when irrelevant monuments are destroyed, then there’s certainly a blank space when other parts of history are ignored.