Correlation is not causation. 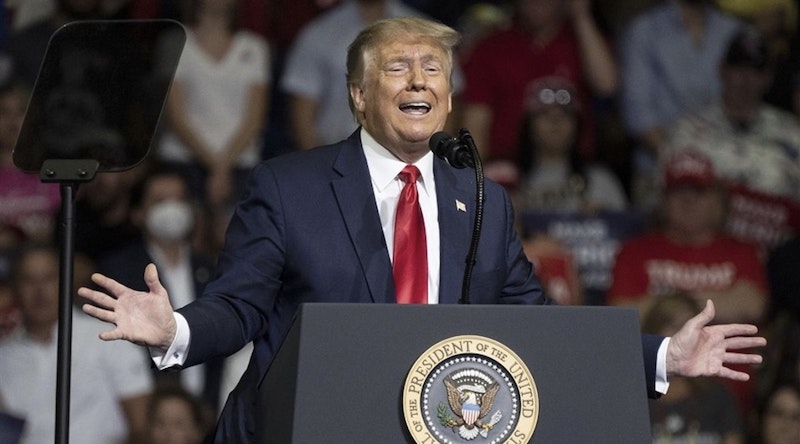 "The killings horrified the Asian American community," The Washington Post reported high up in one of their initial news accounts of the events in Atlanta. Asian-Americans, the story said, "saw the shootings as an attack on them, given a recent wave of assaults that coincided with the spread of the coronavirus across the United States. The virus was first identified in China, and then-President Donald Trump and others have used racially charged terms to describe it."

Many outlets managed to get this into the first few sentences of the early news reports on the events, when there was no information at all on the killer's motives. The op-ed pages solicited columns from Asian-Americans making the connection, before there was much substantive information. Others generalized the accusation to include more Republicans.

In arguments connecting bits of political rhetoric or the speech of politicians to unfolding news events, standards of reasoning are relaxed. Surely placing that paragraph at that point in the story suggests there’s a direct causal relation between Trump using the phrase "China flu" and Robert Long's rampage, or even that Trump's rhetoric is a sufficient explanation for the event. To say that the available data provided no support for such claims is to put it mildly. The evidence for it is something like this: it's something no decent person could express doubts about, even in a condition where there’s no evidence for it. Or, it’s the kind of unanimous assertion that requires no evidence, because it's so obviously true, like the view that illness is caused by witches, for example.

However, it appears to be a direct claim of the form “x caused y, and hence y is to be explained in terms of x.” This is a claim for which journalists or social scientists might normally require some empirical evidence, and in which people defending the claim normally can provide evidence. That everyone nods along while you assert it doesn’t constitute a reason to believe that it's true, and neither does muttering "words have consequences." That the Post has determined how the event can be explained before there's any substantive information about exactly what happened or why suggests that we're having an epistemic problem.

What would count as showing that Trump's rhetoric caused or partly caused Long's actions? Was Long a Trump supporter? Is there any evidence of his absorbing or reproducing Trump's "anti-Asian rhetoric"? Did he blame Asians for COVID? You need to circle in closer to the actual events to demonstrate a connection. That would be a start. As it's turned out, Long seems to have been dealing some sort of devil's brew of sexual desire and sexual guilt, which we might attribute more to the rhetoric of Saint Augustine than to that of Trump. The Asian aspect of this is liable to be complex, including economic questions about why so many Asian women work in massage parlors and the way Western men eroticize Asian women. But that's pretty far from the phrase "kung flu."

Reminder to science fans: correlation is not causation, and even if it were you'd have to do better than "Trump used this phrase and a few months later that happened. Coincidence?" And in general, the question of the role of Trump's rhetoric in what’s a rising or more explicit American racism has to remain open as between the hypotheses that Trump's rhetoric drove the racism and that the racism drove Trump's rise. Any plausible picture is going to have to be complex and needs to look at factual data.

On the News Hour on Friday, David Brooks said, "One thing that we've learned in recent history is that the presidency is really the cultural determiner of the country." At a hyper-general level, Brooks is indicating that Trump's rhetoric is responsible for events like this. But again the generalization—a simplistic advocacy of a kind of cult of the presidency—just doesn’t get you near enough to specific events to explain any of them, without more information.

If Brooks is right, and in general those who say "The words of the president matter" or that the words of the president define, as Brooks claims, "the soul of America," we should expect a reduction in racism and racist violence over the next few Bidenesque years. But let's suppose that there’s no such reduction or that, God forbid, American racist violence grows worse. Brooks isn’t going to withdraw his claim, which is immune to evidence, non-empirical. People will find the still-rising racism to be a hangover from the Trump administration, or they'll blame the rhetoric of non-presidents among their opponents.

But however we may think about the hyper-general questions about the relations of rhetoric to reality, particular events are still going to require particular explanations, showing causation is still more than showing correlation, and understanding what's actually happening still requires more than waving vaguely at the atmosphere or plucking out a bad phrase.