Its Name Is Called Aftermath

Paranoia is the new national pastime. 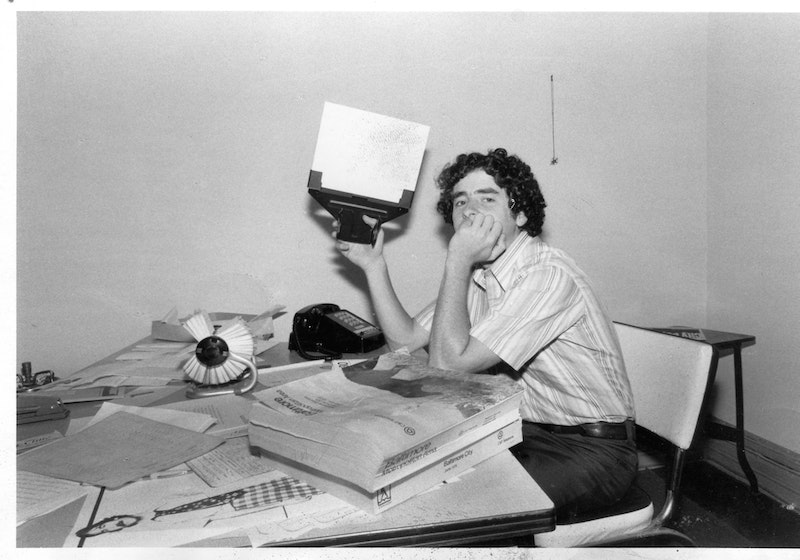 A popular topic on social media right now, as lockdowns slowly end and vaccinations soar, is the hand-wringing about the “new normal,” specifically how awkward it may be to see finally see friends and acquaintances a year after COVID’s midnight cloud hovered over the United States and the rest of the world. “What if my gym instructor has changed, and how do I reconcile our different experiences during the pandemic,” wondered a person on Twitter last week. You’d think this worrywart concern—not uncommon—would rank low on the scale of problems (there’s always something to worry about, and believe it or not, that was the case before the pandemic) Americans face, but I suppose paranoia is contagious, and, in some cases, intoxicating.

(My wife has, in recent weeks, started listening to Marc Maron podcasts, and on occasion I catch a snippet of his show. Maron’s a mealy-mouthed “progressive” who drives my son Nicky up the wall, but I liked him a lot in the 2019 comedy Sword of Trust, and he’s preferable to NPR, which is on auto-pilot in Melissa’s Jeep… not a Cherokee, so my hunch is she’ll be permitted to continue driving it. We have a Wrangler, so it could be on borrowed time: the word “wrangler” must be “problematic” to some scolds, and I rue the day when the Jeep is egged. And, if the travails of Pepe Le Pew and Speedy Gonzales—forget Dr. Seuss, he gets cancelled every other year, just like Huck Finn— weren’t vexing enough, I can see Mr. Peabody ostracized for dogsplaining to Sherman. Rocky and Bullwinkle are nearing the chopping block, too. I hope Bullwinkle, should it come to pass, is given the courtesy of a last Chesterfield before he’s lined up for the firing squad. Still, I grimaced when Maron closed a podcast—I’m not sure of the date—with the sigh, sigh, sigh world-weary admonition: “Listen people, do everyone a favor and wear a mask. Don’t listen to those morons who think it’s a breach of their liberty. Wear a mask, for yourself and everyone around you… Please, please, please, just wear a fucking mask.” I thought he was about to break out in tears, which is, apparently, popular for males, of any age, today. Oh, and it’s not as anyone who listens to Maron doesn’t already bow to Father Fauci and the CDC already.)

Anyway, a week ago, I met up with longtime friend Alan Hirsch (we met in 1973 at Johns Hopkins as two of four freshman English majors, although, as he’s noted over the years, I fell down on the job and graduated with a Humanities degree, an easier path) at a Starbuck’s in Roland Park, 51 weeks after our last meeting. I was rankled at the steep price hike at Starbucks—the second in three months, and that’s how you spell inflation—but after we retrieved our coffee, we set out for an hour-long walk on a reasonably warm day. Alan’s a traditional conservative who was disgusted by Trump, which doesn’t bother me (not my ideal politician/entertainer, but I think he’ll fade sooner rather than later), but not a quadruple masker, thank God, as we both removed our masks upon exiting the establishment. I didn’t ask Alan, if, like my Splice Today colleague Ken Silber, he’s changed party registration.

Was this rendezvous “awkward”? Not on your life, Farmer Jones, we just picked up the conversation like normal, and it was really delightful, catching up—what emails or phone calls can’t convey—on our respective families (we both come from relative large extended broods, so there was a lot to cover), very briefly kvetched that we’re both 65, and agreed that the failure of Congress to institute a $15/hr. minimum wage was a fiscal bullet dodged. Alan’s spent a long part of his career in the restaurant business—he was my partner at Baltimore’s City Paper, and after we sold the weekly (he’s pictured above in 1978, in our Charles St. office, probably procrastinating on signing checks), I took off for NYC while he ventured into an entirely new territory— and feared that the proposed minimum wage would further decimate the industry, as if it’s not in bad enough shape already. From my point of view, it’s a matter for the 50 states, since wages and costs-of-living aren’t at all uniform across the country. As for the $1.9 trillion “Biden/Harris” legislation, we lobbed back and forth on its merits, but were in accordance that too much was given to unions, and that it was correct that more affluent Americans don’t need another stimulus check (not that either of us returned previous outlays to the U.S. Treasury).

Since the Orioles (Alan’s team since he was a kid growing up in northwest Baltimore) are re-defining “re-build mode,” there was no talk about baseball. Although I’m a Red Sox fan, as a Baltimore resident, I don’t at all like the rumors (and perhaps that’s all they are; like so many subsets of the media, sportswriting is measured by “who got the scoop first” rather than accuracy) that team owner Peter Angelos’ family is eager to sell the franchise, which could precipitate a move to another city. That would be a disaster not only for morale reasons—it’s hard for me to imagine living in a place that didn’t have live baseball—but for local retailers as well.

Going back a year, this is what I wrote, a day after seeing the last screening of a movie at downtown’s Harbor East Theater: “I was up early Monday morning, before the newspapers arrived, but on my second walk outside the house the sun was rising and it was gorgeous, so incongruous with the novel coronavirus that’s threatening everyone. I imagined, with no factual basis (that’s why it’s called imagination), that the pandemic seemed like the fallout after a very limited nuclear war, where people dropped dead one by one, food and household items were scarce, and, since this was the first real crisis in the social media age, all sorts of information [was] posted that’d make you go crazy trying to sift the helpful from the propaganda, or worse, willful disinformation.”

Twelve months later, disinformation and propaganda define the media even more—there was a recent Washington Post headline that claimed Biden’s pork-laden bill would cut child poverty in half, as if his signature immediately accomplished that—and the smorgasbord of reliable news outlets has shrunk more than Sir Paul McCartney.