Not even professional defenders of markets put up much of a fight. 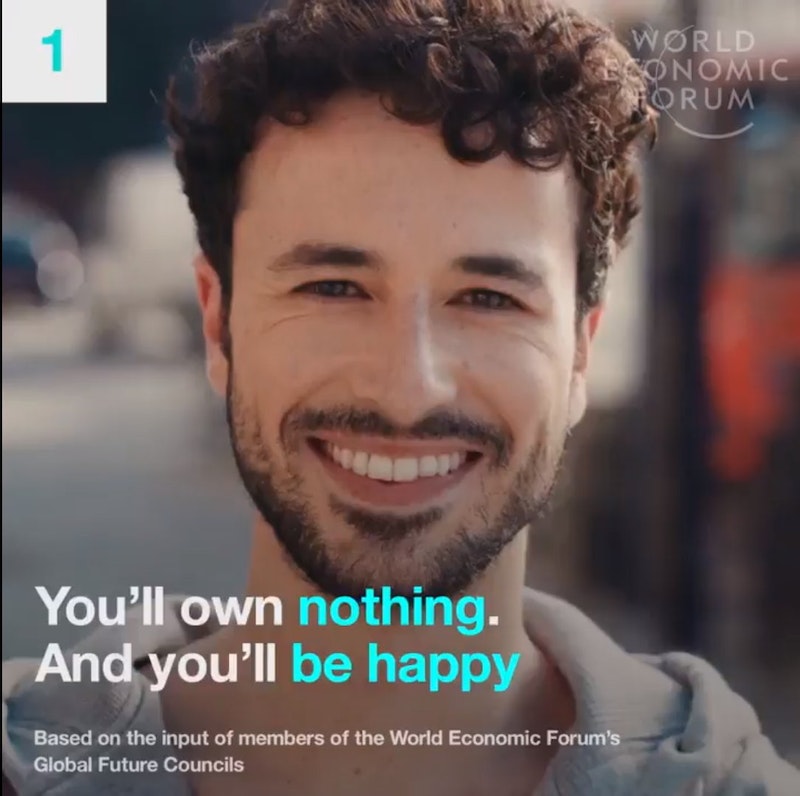 There are virtually no defenders of capitalism in the world, yours truly and a handful of others being the rare exceptions. Capitalism endures because it works and its basic principles accurately describe the physical universe, not because of any significant cultural pressure to believe in it. Nonetheless, you hear claims that “market fundamentalists” abound, as if the world is full of maniacs consistently bashing government and praising property rights.

Even I shouldn’t properly be called a market fundamentalist, if that slur is meant to imply an allegiance to an overall pattern of market activity for its own sake regardless of the consequences for the human participants involved—a position that may be held by no one. At a fundamental level, in fact, I’m a utilitarian, wanting the greatest possible happiness for the greatest possible number over the lifetime of the universe. I don’t really understand what else would or should morally motivate anyone. And I think the greatest happiness is made possible by secure property rights.

Unfortunately, as Lenin wisely predicted, most practicing capitalists—businesspeople—feel so little loyalty to the principles underlying the system that created them that “they’ll sell us the rope with which we will hang them.”

The billionaire investor vice chairman of Berkshire Hathaway, Charlie Munger, for example, praises the power and decisiveness of the Chinese Communist Party, currently the world’s most influential engine of non-capitalist central planning, and says he wishes the U.S. were as tough in crushing its business mavericks as China has been in slapping down Jack Ma’s ideas for more free-market-oriented banking options.

The commies aren’t capitalism’s only adversaries these days, though, not by a long shot. This month brings a conference in Alexandria, Virginia that shows how useless the long arc of conservative thinking has proven to be in making the case for capitalism.

Populist-leaning figures including Sen. Marco Rubio (now de-emphasizing his long history of sugar industry subsidies), Senate candidate and author J.D. Vance (now rapidly deleting his old anti-Trump, pro-Evan McMullin tweets), and new National Review editor Ramesh Ponnuru, under the auspices of the Catholic-inclined Intercollegiate Studies Institute, will talk about topics such as capitalism being “anti-family” and the need for economic thought to be transformed in the wake of (largely imaginary) decades of social devastation wrought by global markets. This may at least help clarify some of the grievous miscommunications between libertarians and conservatives over the past decade.

Before people of any political stripe wish for the “taming” of purportedly heartless market institutions, it’s worth noting that those institutions are often at their worst when they are least market-like. It seems like only yesterday—the 1990s—that increasingly customized, personalized services were the direction markets were headed. Our biggest complaints about them now seem to be generated by the handful of aberrant, still somewhat novel, large companies that presume to behave like governments.

Big Tech and the Trump Organization alike have their critics, but isn’t each adjacent to government, and prone to behave like government, to a degree that few of the world’s millions of other companies are? more commercial and less governmental—less authoritarian—behavior is needed, even within the private sector. Do you really want either Big Tech or the Trump Organization becoming more entangled with the actual government, constantly mingling with regulators? Enforcing simple laws that ensure Big Tech and the like do not become Big Fraud would be enough to keep capitalism coloring inside the lines.

Instead, each political faction in its own way seems lately to flee from entrepreneurs and into the arms of regulators. The right now wants God or populist government to smash chaotic markets. The left always disliked capitalism. The liberals want every inch of it regulated and its participants guilt-tripped any time they interact with each other (and then liberals want to be rewarded for their vandalism with praise for their tolerance and compassion). Even many libertarians, though pro-capitalist in principle, find economics confusing or embarrassing and would rather talk about something ostensibly separate and more popular: sex, radar scanners, constitutional law, medicinal marijuana, you name it, anything that keeps them from sounding like stock-trading fuddy-duddies.

Give capitalism a chance, though—not just in the world but within your own perceptions. Even when you see some ostensibly non-governmental civil society institutions screw up, note the high frequency with which the screw-up ensued from a brush with government or mimicry of government. It’s sad the Boy Scouts just had to pay $1 billion in settlements for overlooking child molestation incidents, but before you try pinning that one on predatory capitalism, notice the Boy Scouts, always a bit paramilitary in tone, have in recent decades had both a past CIA director and a future Secretary of State as their president. Maybe if Boy Scouts spent more time buying and selling and less time following leaders’ orders in darkened woods like good soldiers, they’d be a billion richer right now.

A libertarian architect friend of mine—also a solid family man and pillar of his community, rest assured—points out to me the release this week of Anthony Fontenot’s book Non-Design: Architecture, Liberalism, and the Market, an argument that the best things in architecture and urban design in recent decades have happened when planners were held at bay and the spontaneous order of the marketplace was allowed to play out. Such observations were growing more common back in the 1990s, in the wake of Communism’s catastrophic failure and the reduced perceived necessity for the U.S.’s own military-industrial complex, not to mention the welfare state.

Let’s rekindle the playful courage to see what markets can do, and this time let’s be more explicit about it. Non-libertarian political thinkers constantly claim they have the “courage” to do what’s necessary—always meaning the “courage” to use force against their various enemies (or at least recommend someone else use force on their behalf). We should respond by summoning the courage to teach economics and argue openly for defending individual rights. No more hiding behind the latest popular environmental, military, anti-racist, electoral, or aesthetic cause and pretending that “Us too!” is a powerful enough slogan to carry the day for liberty.

Have the guts to tell the next market-basher and property-rights-violator you encounter he’s wrong, whether he’s conservative, communist, corporate CEO, or even craven libertarian thinktank staffer.