Donald Rumsfeld Was a National Hero

In a new series called Beak/Counterbeak, Monica and her husband Rooster debate the merits of the former Secretary of Defense. 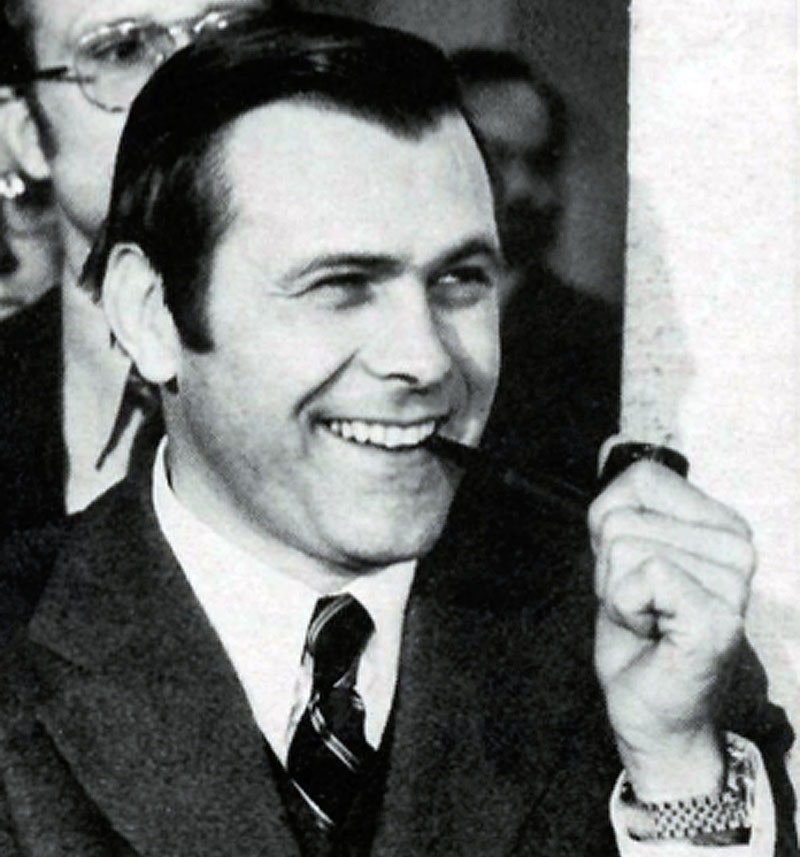 I remember it like it was yesterday: I was on the way to my bowling group when I heard that the Towers had come down. “Wow, finally. Took them long enough. I thought Larry was going to take care of this a month after the USS Cole.” Even before I joined Special Forces, I was privy to the secrets of World’s Masters: do I need to go into my involvement in the 1973 Chilean coup against socialist goblin Salvador Allende? I think not. You’d have to be neutralized, and I don’t want to do that. Because I love you, I think you’re special, and gosh darnit, I love the attention you give me.

Donald Rumsfeld wasn’t a bad man. I’d go further and say that not only was he good, not only was he was he great, he was, in my opinion, a great man of history. You can’t say that he didn’t leave his mark on the world. Really, in a physical sense, in a metaphysical sense, in a sexual sense (he was wild), Rumsfeld was someone who marked his territory, which for him, was all of terra firma. You may remember him best from his time under George W. Bush from 2001 through 2006, but Rummy was never a layabout—even when he was laying about on his couch with his dog in a caftan, smiling and looking just divine.

How can you get down on this man’s happiness? Okay, sure: he tortured some people. Barack Obama did the same thing! He even said as much! Are we going to “piss on his grave” when he meets his eternal reward on Apri— I mean whenever his day comes. What I’m trying to say is that Rumsfeld is no different than Mr. Rogers, or Pee-Wee Herman. These are globetrotters, world traders, revolutionaries in their field. How many people can say they sold weapons to despots in the Middle East and then double-triple-crossed them and ended up invading their country and starving millions of their innocent subjects? Rummy did it all!

You may ask, “Monica, Princess—what about the Iraq War? Afghanistan? Guantanamo Bay? The Torture Memo?” Oh, please! Give me a fucking break. You think we’re so innocent? Rummy didn’t start that. Neither did Donald Trump, who is, I will admit, a better Donald. Rummy could never be as nasty as the 45th president, at least publicly: I never met him, but I was in a room with him several times, and I heard him speak frankly about Radical Islamic Terrorists and their victims. “All of these lawn jockeys out in the desert need to realize that we’re going to turn their backyard into a sheet of glass if they don’t immediately submit to the fist and glove of the United States Military.”

He was looking rather Village People that night, if you understand what I mean (gay). Leather bondage attire was not so flattering to Rummy, but he made do. That’s all I can give you in behind-the-scenes action. Perhaps a personal anecdote would make Mr. Rumsfeld a more sympathetic character? Dig if you will the picture: it was early-2003. Rooster and I were trying to get groceries in town. Marshfield is luckily not a liberal “oasis” like Cambridge or Allston, but it’s still got a fair share of Vote Blue No Matter Who idiots, and it did then, too. At the start of the Iraq War, there were protests, but nothing like we see today. It was still a relatively niche thing for most of the country, and in most places you’d seen Food Not Bombs or Greenpeace organizing something, but never the people that would one day don pink Pussy Hats and march in the cold for absolutely nothing other than selfies and self-affirmation.

So Roo and I are in line at the farmer’s market—you know, the one for animals. Naturally it never crossed the minds of our bleeding heart neighbors that their insistence on a “separate but equal” policy when it came to shopping, public parks, and bathrooms was all too reminiscent of their parents and ancestors, who stood by as Black Americans were forced to use different facilities, and, even earlier, beaten up or lynched simply because of who they were. You may forget, but we birds, we’re dinosaurs—we’ve been here a while, and we’ll be here long after you’re gone. That’s why I’ve never taken mankind or their foibles seriously—they’re all retarded. It’s not my fault that they were born fucked up! Why can’t I come in the grocery store with you? Is it because you’re going to buy a pound of my brothers and sisters to cook on your macaroni grill at home? Fuck off, whore!

I can be a bit of a catty chatty Cathy, so I’ll get to the point: these yoga women came over and asked Roo and me if we wanted to join the protest. Roo was enthusiastic, even telling them that, “Bush belongs in a maximum-security prison for what he did,” but before they could answer and give him one of their stupid signs, I jumped, leapt using Roo’s right wing, and propelled myself up to this woman’s face and spur-clawed her into the ugly zone, from which I doubt she has returned. She and her ugly friends ran away crying, saying they “were only trying to help the cause,” but they never pressed charges, probably because it was too embarrassing. Who wants to admit that they lost their eye from a “chicken” attack? A monkey is one thing, a chimp another, but a “chicken”? I mean, they’d rather get caught fucking their dogs (which they do, by the way—all of them).

I bring all of this up in defense of the late Donald Rumsfeld, who I wish I could say was a friend. But like I said, we only joined spirits briefly, once, and though I could tell he was “my type” (gay), I didn’t have enough time, and we remained ships passing in the night. By the time I was active in Special Forces, Obama was president and Rummy was enjoying his golden years, on that couch with the caftan. I wish him well! Hell is very hot, so I hope he brought some ice.

Oh, I don’t think he’s in Hell because of the Iraq and Afghanistan Wars—no, no, not at all. That’s probably what my husband (an idiot) is going to say tomorrow. Rummy, as much as I love him, is in Hell because he was a Catholic. No pagan has ever entered the Kingdom of Heaven, and I like that. It’s going to stay that way, too—I talked to God. He wasn’t crying, no—he was happy. “Monny, you’ll never guess what I’ve got in store for next year.”

I should stop now. My relationship with God, as with all religious peoples, is very private, and I intend to keep it that way. Rest in power, Donald Rumsfeld.