With all the potential money from taxes, it just makes sense. 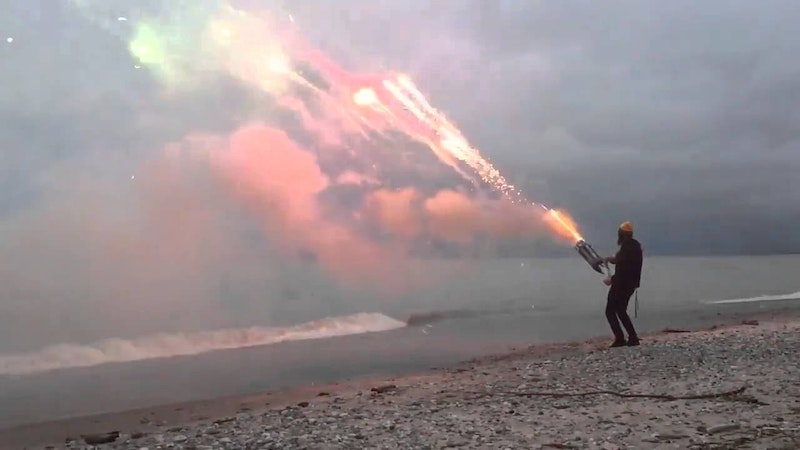 Massachusetts is the one state in the country where people must elsewhere to buy fireworks. It’s the only state left where all fireworks are illegal, and it doesn’t look like that will change this year. Gov. Charlie Baker has never addressed the topic and the few bills to liberalize the state’s laws never went anywhere. It’s doubtful that they will in this legislative session.

It’s well past time for Massachusetts to legalize fireworks. Opponents point to many reasons why they need to stay illegal. However, critics point to problems that already exist under the current system. That's the one where fireworks are illegal. They’re loud and annoying. They upset children, pets, and military veterans with post-traumatic stress disorder. They’re dangerous. Some people get hurt and start fires because they don’t use fireworks properly. They include drunk people and children—even though fireworks are illegal for children in most other states (and alcohol and fireworks don’t mix). The firefighter associations don’t like it—and firefighters are public-sector union members. Their endorsements still count, unlike police unions that now typically endorse Republican candidates.

The problems laid out by opponents are understandable. However, that’s stuff that already happens in Massachusetts even though fireworks are illegal. One can receive a fine of $10 to $100 for having fireworks in the state, and the police will take them away, but when do they ever enforce that law? Sometimes, if a police officer pulls someone over on the highway and there are fireworks in the car, they’ll confiscate them. Maybe the cops will issue a small fine. But when fireworks are going off in late-June and early-July, they’re not coming to people’s houses to enforce the law—at least not in the white suburbia I grew up in. Maybe they do in urban areas. If so, that’s an example of a selectively enforced law.

One of the key points that opponents miss, however, is we get all of the downsides of firework legalization in Massachusetts without any of the benefits. There’s a fireworks industry. It creates jobs and tax revenue. Indiana, a similarly populated state, has 4,000 seasonal jobs per year in the fireworks industry. It’s not the best comparison because Indiana is a much larger state in terms of area, but the point stands: jobs. Plus, Massachusetts has a 6.25 percent sales tax and a 0.75 percent local option sales tax that many communities capitalize on. That’s revenue for the state and its municipalities.

Thanks to federalism, Massachusetts can have its own set of rules for what’s acceptable and what’s not. That includes the time of year where residents can use fireworks, the time of day

they can use fireworks, the age one must be to use fireworks, a hard decibel limit, and which types of fireworks people are acceptable. Not to mention individual towns can further regulate them by requiring permits if they wish. They can also offer safety courses for those who want to use them. The state could require stores to give each customer a flier with some safety tips as well. As much as I favor fireworks legalization in my state, I also think that someone lighting off a bottle rocket or artillery shell at two a.m. in February is wrong. Book them for disturbing the peace.

At least the data shows that as more states have legalized fireworks, the injury rate decreased.

The Bay State should start by legalizing some of the quieter, less dangerous fireworks. Sparklers, snakes, fountains, and military satellites, among others, make that list. Maybe throw in lower decibel roman candles as well.

People will use fireworks in Massachusetts regardless of whether or not they are legal. Let’s capitalize on the upsides of the industry and create standards to limit the downsides—as many other states have done.