Landlords are able to apply for financial assistance depending on where they live. 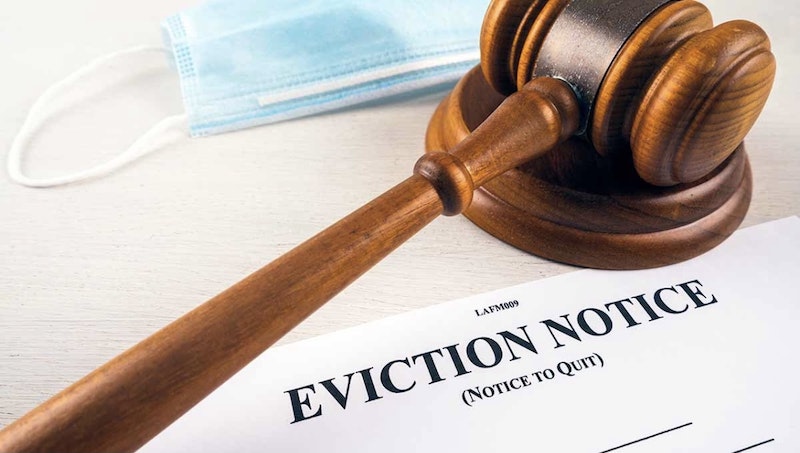 The Centers for Disease Control and Prevention’s moratorium on evictions is ending. What was scheduled to expire on June 30th was extended through July 31st, and this is intended to be the final extension. That’s good because a property owner’s loss of income has been ignored in recent months. It remains to be seen whether the CDC has legal authority to announce a temporary halt in residential evictions.

“When a federal agency says that it has regulatory power, it needs to be able to show where in the statutes Congress actually gave them that power,” attorney Luke Wake of Pacific Legal Foundation (PLF) told me. “Here, they are citing a statute from the 1940s that allows them to impose conventional disease control measures to control contagious disease, but they definitely are stretching their statutory authority when they are claiming that they have authority to impose this moratorium, and in fact, by their logic, they can do any of the same closure orders that the governors have done for businesses across the states.”

The federal government argues that landlords are allowed to sue for back rent once the moratorium is over, and, according to the CDC website, landlords are able to apply for financial assistance depending on where they live. In other words, not all landlords are eligible, even though a tenant earning up to $99,000 or $198,000 (if filing a joint tax return) can ask for and receive protection from eviction.

Some may see the word “landlord” and envision a greedy guy with a five o’clock shadow and chewing on a stump of a cigar while he counts a wad of cash, but many property owners are mom-and-pop landlords that got into the real estate game for a variety of reasons including extra income and building a nest egg.

“Landlords that I’ve talked to have expressed concerns that they have to pay their mortgage in order to stay afloat, to stay in the black, that they depend on the money not just to pay their mortgage, but to upkeep the property and even to pay for their daughter’s college or to continue covering their retirement,” attorney Wake told me. “Some people depend on their income to do things such as pay for their prescription meds.”

Just as tenants need a place to live, landlords rely on rent to pay bills and make their living.

“Most of the landlords, especially the ones I’ve talked to in the last year have really been sympathetic to people who have difficult positions and said that they want to work with them, that they want to try to work with people who are making a good faith effort, but at the end of the day, we’re a country where it’s a rule of law and they have rights and they should not be required to give away their property rights without compensation,” said Wake. “Unfortunately when we’re putting those public burdens on landlords they are in a difficult bind because, again, they rely on that income and there will be all sorts of unfortunate implications for that where landlords end up raising security deposits and screening people more seriously if they’re looking for housing as a direct result of these sorts of policies.”

In a February 26th article for The Wall Street Journal, Robyn A. Friedman recommends property owners have sufficient reserves on hand to cover unexpected property expenses, adding “experts suggest having three to six months’ worth of property expenses in reserve at all times.” Because this is 21st-century America and people, including landlords, choose to live paycheck to paycheck, I can only assume that’s not the case with many if not most property owners today. It could be that landlord’s spouse lost a job due to COVID, and it’s also likely that the landlord is so behind that he or she will not take the time to sock away a few dollars. That’s why it’s necessary that landlords get their rent money, even if it is through some sort of payment plan as articles and blogs have suggested during this eviction moratorium.