The Miracle of Corona

The virus with the power to alter politics. 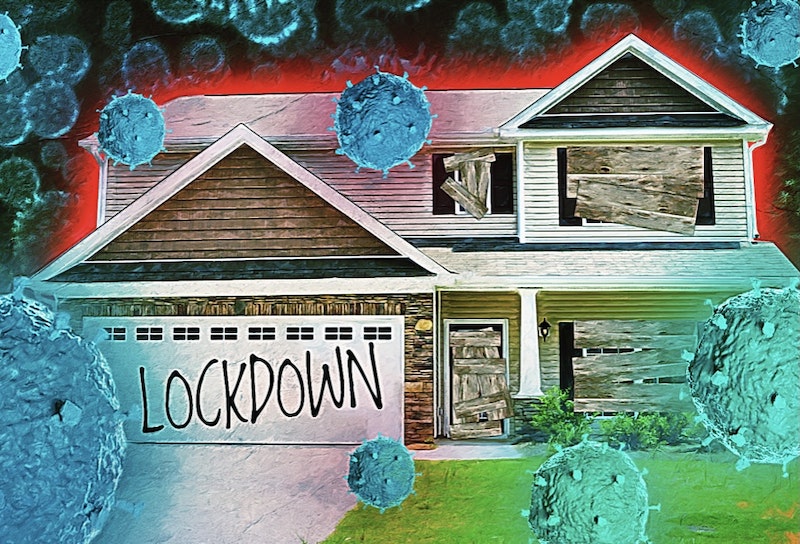 A decade later, by contrast, the left will bite your head off if you suggest that experimental vaccines from huge corporations may not be the only way to ensure that the 99.98 percent of humanity that has thus far survived COVID remains alive. They have become shriller supporters of “SCIENCE!” than I ever was, if memory serves.

They also love Bill Gates now, so long as he’s pushing lockdowns, vaccine mandates, and universal tracking-and-surveillance, whereas I could swear I recall the left seeing him as the archetypal fat-cat monopolist just a decade ago. Perhaps the moral transformation of this man, once seen as heartless, shows us the true meaning of corona.

I swear, though, that I don’t just blame liberalism—or the left, whichever you consider a broader term—for this upsurge in deference to authority. The global lockdown (despite its widely varying degrees of severity) is to some extent the fault of every servile jerk who preached or practiced obedience in the modern world, whether obedience to priests, corporate P.R. charlatans, conservative cops, liberal regulators, leftist politicians, or pseudo-scientific “science” authorities.

You were wrong every time you bent the knee and became habituated to doing so, and all of that has to end now if we’re to survive—not just survive COVID, as virtually all of us obviously will no matter what policies are pursued—but survive as individuals still capable of leading independent lives even when the next crisis hits, as it inevitably will, with all the attendant calls for still more controls, surveillance, policing, tracking, scolding, on and on. You know the inevitable drill, the inevitable pseudo-solutions by now—more controls and more obedience always, no matter the threat, no matter the evidence, no matter the rationales.

Absent changes in philosophy, though, what people—even stupid or inarticulate ones who can’t quite consciously explain their reasons—do to resist is: vote with their feet, and even now the exodus from the cities is beginning. That may end up being the biggest of the miraculous transformations caused by COVID.

And it won’t matter once people are out in the boonies whether they say with hick accents that they went there to get away from big-city regulators and health bureaucrats or say with world-weary sneers that they went because NPR told them contagion rates are lower in less densely-populated areas. Either way, the culture gets a little more rural, and that means, among other things, it’s a little bit easier for its participants to imagine fleeing into the woods, going off the grid—my oft-noted ultimate solution to the big-city bureaucrats problem and a psychological release valve even if never literally utilized. Easier to fall into the habit of obedience when you’re crammed into a big-city housing project or waiting for the subway announcer to tell you where to go, as is well known.

And while more people at the very least dream of escaping densely-packed urban environments and their ever-proliferating rules (please don’t forget regulation kept increasing even before the current crisis came along)—their hearts becoming just a little bit more like that of Mad Max, the desert-dwelling loner known as the Road Warrior—back in one of the most powerful urban centers will sit Biden like the mad Immortan Joe of our post-apocalyptic world, rasping and wheezing out orders for resource distribution among a shrunken residual populace. Like his namesake, Joe has already taken to wearing an unusual facemask, doubling up a surgical and a COVID-filter mask as if to intensify the signals of leadership (by the standards of our fallen age) in much the way Immortan Joe decorated his respirator mask with intimidating horse teeth in Mad Max: Fury Road.

That hints at the most miraculous transformation of the season, though one a long time coming given the culture’s successive waves of sensitivity, paranoia, caution, and bureaucratic paralysis: the turning of germ-wariness into something not just perhaps-necessary but supposedly courageous and manly, at least as the likes of Joe’s rival warlords such as Andrew Cuomo would have you see it. Which leader shall strike the mightiest blow for lockdowns and against business as usual?

The mayor of L.A., ordering the entire city into house arrest, said, “It’s time to cancel everything.” He even bans “non-essential walking”—about the worst health measure possible, objectively speaking but a bold and brutal move for one seeking to have an impact as a leader! Virginia is instituting a full-fledged curfew, something many cities were unwilling do even when they had shooters and arsonists on the loose a few months ago. Meanwhile, several blue states that (admirably) prided themselves on scoffing at borders and taking in all comers back when Mexico was ostensibly a big issue are now all but forbidding people to cross state lines without intense monitoring.

Politicians always wanted us to believe our submission to control was the measure of our worthiness to survive as a population and the measure of whether we were nice individuals. For them, this amorphous, potentially never-ending crisis, with its built-in excuses for shutting down anything and everything, is a Christmas control-freak miracle, more wondrous even than the most perfect of vaccines. It’s a gift that keeps on giving to those at the centers of power.