The anti-corruption crusader has been poisoned, but not yet defeated. 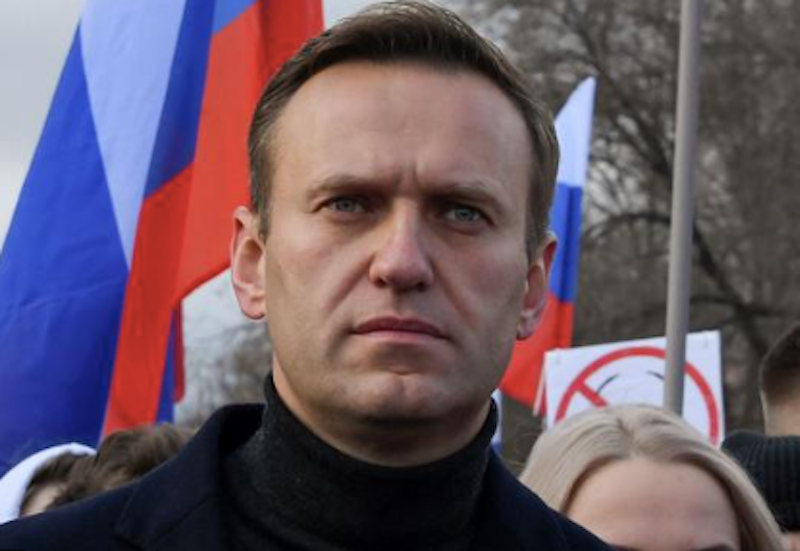 As soon as Russia’s Vladimir Putin's most powerful critic, Alexei Navalny, drank some tea and then collapsed in mid-flight to Moscow on August 20, various theories began to circulate. He'd had too much to drink the night before in Siberia; it was a reaction to hallucinogenic drugs; a botched operation in the West caused it. Russian state media routinely spread misinformation in these situations, but they shied away from the obvious explanation—that Navalny, who in 2017 was doused with a green antibiotic that compromised his vision, had been poisoned. That's what getting on the wrong side of Putin can get you. There was speculation that Russian doctors delayed Navalny’s evacuation to a German hospital so that any traces of poison in his body would disappear, but it's unsubstantiated. For what it's worth, Russian doctors determined that low blood sugar was to blame for the dissident's comatose state.

Navalny's name is familiar to most observers of foreign affairs, but few know the details of how the 44-year-old anti-corruption activist has become, according to The Wall Street Journal, "the man Vladimir Putin fears most." Whether or not the Russian president gave the order to rub out the most resilient thorn in his side—the person who accused him of running "a government of crooks and thieves"—we'll never know, but the thought has certainly crossed his mind. The Russian government has been poisoning its citizens since 1930. One was Nobel Prize laureate and Soviet dissident, Alexander Solzhenitsyn, who survived a poisoning by ricin in 1971. Under Putin's dysfunctional system, the powerful aren’t held accountable, so the list of suspects in Navalny’s poisoning goes well beyond the government.

When Putin became Russia's acting president in 1999, he wasted no time putting a brutal dictatorship in place. His power grab and curtailment of basic freedoms coincided with the Russian oil boom. The extra money in people's pockets bought him some time, but mass protests targeting bad governance and corruption erupted in the winter of 2011-2012. Navalny, previously a low-profile activist, launched a blog attacking government corruption. He’d go on to run unsuccessfully for mayor of Moscow in 2013, and in 2016 announced he was running for president in 2018. Russian courts would determine that Navalny, who's been wrongly convicted on charges of financial wrong-doing three times, was ineligible to run for office because of his criminal record.

One of Navalny's corruption-fighting techniques is buying stocks in state-linked energy companies to get into shareholder meetings where he could confront corporate leadership and access incriminating paperwork. In 2011, Navalny founded the Anti-Corruption Foundation, which produced written and online video exposés of misconduct at the top levels of power. Since then, tens of millions have viewed the organization's slick-looking investigative films on its YouTube channel, which has millions of followers. In 2017, the ACF released a video alleging that Dmitry Medvedev accumulated $1 billion in assets, including secret palaces, yachts, and a Tuscan vineyard. The video, which received 35 million views, retired the myth that Medvedev was an honest leader.

In 2013, Navalny was sentenced to five years in a prison on a trumped-up fraud charge, prompting over 10,000 people to take to the streets in protest. Putin took heed. Navalny's sentence was suspended within 24 hours. In 2014, Navalny was arrested on another fraud charge and received a sentence of three and a half years of house arrest. Within hours of the sentencing, he left his house in an attempt to join a protest against his sentence. Since then, Navalny's been repeatedly put under administrative arrests that last from 10 days to a month. Putin's trying to hamstring him without risking his greatest fear—massive street protests.

What unites all Russians at every level of society is their experiences with corruption, which has thrived since the rise of the oligarchs and “wild east” capitalism. Being in touch with common concerns is at the root of Navalny’s appeal, and that appeal’s broad enough to reach both nationalist and liberal activists. Navalny’s careful to emphasize that he's spearheading a peaceful movement. He wants to dispose of Putin via an election, although Putin's long-standing efforts to discredit him have made it unlikely that he could win a majority of the voters in a national election, even if it were fair and square.

But that's not to say that Navalny, who's a savvy and creative user of new media, can't influence elections. The trained lawyer has built the largest alternative media organization in Russia and the nation's only meaningful dissident political organization. Some Russian political scientists have credited Navalny’s “Smart Vote” campaign, which identifies candidates with the best chance of defeating the United Russia (the ruling party) candidate, with helping opposition party candidates take 20 of 45 seats in the Moscow City Duma in the September, 2019 election. United Russia candidates are more vulnerable to opposition party candidates than is generally perceived in the West, as Russia is an odd combination of authoritarianism and democracy.

German doctors, who’ve indicated that Navalny was poisoned, now believe that he’ll survive. That's good news for the anti-Putin movement because, even though there's a new generation of Russian dissidents ready to continue the fight, none have yet attained sufficient stature. There’s no heir apparent to the charismatic Navalny.