Running a subornation factory out of the West Wing. 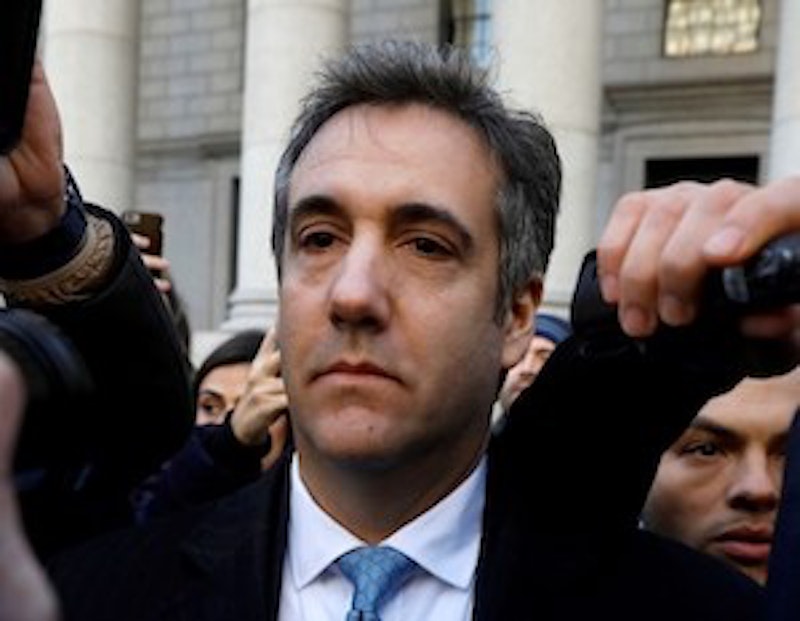 On cable news Friday night everyone was asking one question: Why would Michael Flynn lie to the FBI? Why would he lie, for example, about his contacts with the Russian ambassador? He was the incoming National Security Advisor; there are many reasons such a meeting could be legitimate or even advisable. Why would he lie, even when he knew that the people questioning him likely had recordings of the calls they were asking about? According to Andrew McCabe, who conducted the FBI's interview with him, Flynn said during the interview "that I [McCabe] probably knew what was said," which indicates that Flynn knew that McCabe knew that Flynn was lying, and lied anyway.

Here's a relatively plausible explanation for this otherwise quite unaccountable lapse of self-interest: Flynn was told to lie, by the commander-in-chief of the armed forces, or by the transition committee for coordinating perjuries. I think he lied almost apologetically, or with a despairing shrug of the shoulders, probably half-heartedly justifying the whole thing to himself by the military man's ethic: he was following orders.

That's not entirely speculative. Looking at the situation as a whole, it's obvious that the transition and White House had settled on the stunningly counter-productive strategy of straightforwardly denying all contacts with Russia unless completely cornered, and that in the service of that strategy, they suborned false testimony by many people in many forums: Michael Cohen, Paul Manafort, Jeff Sessions, and likely Jared Kushner, Donald Trump Jr., Roger Stone, Steve Bannon, and others who were testifying to the FBI, to Congress, to Mueller, to grand juries, to the District Attorney for the Southern District of New York.

I have a feeling that things started going wrong when the fourth or fifth person walked into Mueller's office and told the same story in the same words. That either confirmed what they were all saying, or confirmed a wide conspiracy to suborn perjury. When 17 people's demonstrably false statements all match up, you're dealing with more than Paul Manafort's pathologies or Michael Cohen's loyalties: it’s as clear and elaborate and substantial a case of obstruction of justice as could readily be imagined.

Filings in the Manafort case indicate that the man lied continuously, in layer after self-destructive layer, to the point where people started diagnosing him. But one of the central dimensions of these lies is that, right into 2018, he lied to the SCO about his contacts, and the contacts of his lawyers, with the White House. The President's people were, I believe, trying to prescribe his testimony and coordinate it with that of other witnesses, many of who were actually working in the White House at the time, and some of who are close relatives of the President.

You might not think they’d be stupid enough to express in any traceable way that Manafort could get a pardon if he testified as recommended, but it’s amazing how incompetent the White House's response has been, how clumsy the lies and how easily refuted they are. I have a feeling that many bits of the operation to coordinate perjuries were only too detectible, like Manafort's contacts with the White House from prison. Mueller must have been rolling his eyes as Manafort continued, like Flynn, to deny things that he had every reason to believe that Mueller already knew. I can picture the conversations: dude, did you just call someone and tell them to call Don McGahn?

In the Michael Cohen filings, Cohen is pictured as lying to Congress and to the Special Counsel's Office about the Trump Tower Moscow project. He’s also pictured as "preparing and circulating" his false statements in coordination with the White House. Parsing slightly, the White House more or less wrote his perjuries, no doubt to correspond to the story they were purveying in the media and in testimony before various bodies. That was in 2017, when Cohen had no position in the administration. Meanwhile Jared, Ivan and Don Jr. were testifying to Congress, or the FBI, or Mueller. Coordination of lies around the dinner table or while you and your closest relatives/co-conspirators watch a football game is easy, which is not to say that they left no evidence. And now let's assess how the stories of testifiers such as Steve Bannon, Roger Stone, and Sam Clovis match one another in their false bits.

Though the Cohen filing directly implicates Trump in campaign finance violations, the really impeachable material lurks just under the surface of that document, and of the Manafort and Flynn material: they've been running a subornation factory out of the West Wing.

Important sidebar: I've fallen in love with the word “subornation,” which will soon be making its way, via articles of impeachment, into contemporary street vernacular. Don't make me come over there and suborn you, man.