Why Do Musicians Hate Donald Trump?

It’s the same reason everyone else hates him. 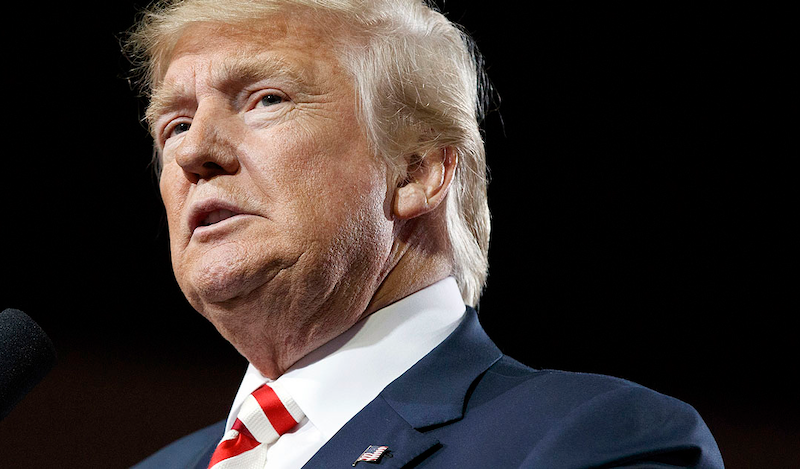 Nobody wants to perform anywhere near Donald Trump. Over the last several weeks, musician after musician has confirmed that they aren't going to play at his inauguration. Elton John was rumored to have agreed to appear, but then said he wouldn’t. Celine Dion turned down an invitation. So did Kiss. Kanye West said he might perform, but now it looks like he won't. Even country music stars like Garth Brooks, who usually lean Republican, don't want to appear before the president-elect. Practically the only name performers who’ve signed onto Trump's inaugural are the Mormon Tabernacle Choir and the Rockettes—acts that are controlled by old rich white guys, aka Trump's base. It's significant too that those old rich white guys won't have to stand next to Trump themselves. Members of the Rockettes and the Choir, who do have to stand next to Trump, have protested and in some cases resigned.

Commenters like Joy Ann Reid, writing at the Daily Beast, have argued that the music industry's rejection of Trump has consequential effects. Trump longs for cultural affirmation; denying him that, Reid says, "tells not just the country, but the world, that Trumpism may have a hold on our politics, but it doesn’t have a hold on us." Musicians have refused to normalize Trump. That is, for Reid, symbolically important.

It's nice to think of Trump stewing and gnashing, but he can comfort himself by simply remembering that he's been elected president. The symbolism of the informal music boycott isn't likely to have much short- or long-term effect. But it may nonetheless be important as a symptom. Musicians don't like Trump for one simple reason—they’re people, and most people don't like Trump. His favorability is stuck at around 43 percent, which is low—the president-elect usually gets the benefit of the doubt from the electorate.

Musicians are in the business of appealing to the public. There's little upside to appearing with Trump when even Republicans don't like him that much. This is especially true given Trump's much-publicized tendency to throw supporters under any handy bus and his refusal to pay vendors. Trump’s unpopular, untrustworthy, and erratic. If you're a working musician, why would you want the hassle?

Musicians aren't politicians. But the incentives that affect the first group are also likely to affect the second. Presidents are powerful, but they still need to work with others to accomplish many goals. The president can't perform at his own inauguration. Similarly, he can't gut health care, appoint John Bolton or change environmental enforcement without help from legislators and executive branch personnel.

The thunderous noise of musicians stampeding from the president-elect is an ominous sign for Trump not because he needs cultural validation, but because it suggests he may have trouble corralling non-musicians to accomplish items on his agenda more important than inaugural entertainment. Musicians aren't afraid of a backlash for turning Trump down. Maybe John McCain won't fear a backlash for opposing Trump's foreign policy. Maybe Democrats won't fear a backlash for blocking Trump appointments. Maybe fractious House Republicans won't feel it incumbent upon them to work with the President on infrastructure reform, and executive department workers will feel relatively empowered to drag their feet when Trump tries to roll back environmental controls.

Predicting the future is tricky, as this election year showed. It's possible Trump's popularity will improve once he's in office, or that GOP politicians will feel he's popular enough with their base that they don't want to cross him. But Trump's inability to organize his inaugural seems likely that he’ll have trouble organizing support for other policies and initiatives. Failing to get A-listers to perform at his inauguration may foreshadow bigger failures—for better and worse.