Why Are Conservatives Such Jerks, Why Are Liberals Such Drags?

There are two ways of being screwed up, and American politics has them both. 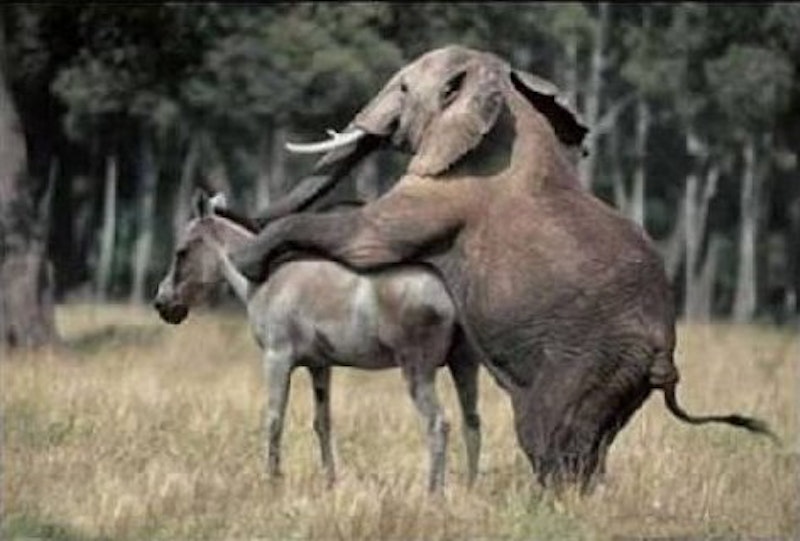 It’s one thing to say the world has two kinds of people. It’s another to look at the world and realize a lot of people there don’t strike you as being people. They’re proof that entirely different programming can rest behind eyebrows and chin and nose. And the programming in their case is off. They cannot frame a thought without getting it wrong; they are wrong so far down that they parody humans just by looking like the rest of us. So you realize: There really are two kinds of people and I’ve just found one of them. I’m the other. What are we called?

These days the names that get used are liberal and conservative. But they could also be the guilty and the ashamed. An anthropologist, Ruth Benedict, wrote about the guilt-shame distinction seven decades ago. It turns out the world has two ways of feeling bad, and the choice between them creates two kinds of people. If you’re guilty, you’re stained instead of spotless.  If you’re shame-stricken, you’re a worm and looked down on by others. Any of us can feel either way during the course of our lives. But we’ll feel more one way than the other, and the difference makes a mentality.

Liberals tend to be throw cushions, conservatives tend to be touchy assholes. James Gilligan, a clinical professor of psychiatry at New York University’s medical school, suggests that this is because one is guilty and one is ashamed. (Not that he said mean, vulgar things about liberals and conservatives; I’m paraphrasing based on my own experience of the two breeds.) Liberals search their conscience and try to be right according to an invisible set of rules, one located in their head. Conservatives spend their lives trying to stay off the spot where everybody points at you and you’re it. The second is a much more social pastime, a long-running game that just about everybody plays. To the extent that liberals don’t, they seem off and wrong; to the extent that they do, they seem like hypocrites. They get by best if they can make a joke of things.

The point of life is to stand big instead of small, to have the other person in your eye instead of being in theirs. Arguments about who’s right on a given point and who isn’t are just the accompaniment. Everybody knows this, dumb as it is. But the standard liberal on television will still think she is there to present an argument. A conservative knows he’s there to score points, to dominate. He’ll look like the clear-headed, assured person, and later on, by the refrigerator, the viewer will stop and say, “Death tax” or “Shape of a mushroom cloud.”

A British humor book about history said the two sides of the English Civil War were “wrong but romantic” and “right but repulsive.” It meant the Cavaliers and the Roundheads, the latter being Cromwell’s men, hardline Protestants who carried Bibles and hacked up their enemies. Liberals have been proved right in all our time’s great settled arguments: Iraq, Bush’s competence, getting Bin-Laden, the futility of supply side economics. We even proved that the McGovern vote—kids, minorities, and middle-class high-minded types--can elect a president. But could our man have been elected if he went around telling random voters he was a liberal? Evidently he didn’t think so.

A quarter of a century ago, the Willie Horton era, we were reviled because people thought we were wrong about the basics of how to protect their prosperity and security, about the big issues that underlie the workings of the world and underpin right and wrong, deserving and undeserving. My bet is that assumption has dissolved, partly because Democrats have moved to the right, partly because the actual right has proven so loopy when in power—loopiness was supposed to be a liberal preserve, to go along with our airy notions about welfare and arms control. But the liberals still can’t close the deal. Repulsive they aren’t, but negligible they remain. The word has gone from being a bad name to what you call yourself because you can’t think of anything else.

Gilligan, the psychiatrist, says shame-based personalities go wrong in the direction of narcissism and grandiosity, guilt-based personalities in the direction of cravenness and inhibition. America’s political personality has veered a long way into the shame-based form of craziness, at least to judge by our national government and its behavior jags during the past 30 years. Vainglorious conservatives have gone to town;  liberals have played defense or come along for the ride.

Much debt and many dead people later, the government is locked into a nervous breakdown because conservatives don’t want the legislature to function when the other side is in a position to make policy. It’s a new point of view, the sort that occurs to someone who has progressed deep into a mental alley. But that’s where the Republicans have lived for a while. Back when they controlled branches of government, they put us through impeachment and wars and fiscal craziness. Now most of the government is outside their grasp, so they try to paralyze it.

President Obama, an appealing schoolteacher liberal, spends years being reasonable while the other side engineers facedowns and engages in desperate last stands. Obama holds out no hope of overawing the opposition, as Reagan did for a few years during the 1980s. His strategy is for everyone else to notice what jerks the Republicans are being. That’s the case even now that he’s fighting back instead of trying to make deals. He isn’t trying to make the other side embarrassed to voice its arguments. He’s just trying to remind America that it has a reason to care about what comes out of Washington. You want a jobs bill, don’t you? Well, take a look at what’s going on with Congress.

As before, Obama calculates that America, the by and large of the country, will finally say enough is enough and take the erring side by the scruff of the neck. They’ll do the disciplining for him, with said disciplining to take the form of Obama’s re-election plus the possible recapture of the House to offset the probable loss of the Senate. It says a lot about liberals that Obama is the best hope our side has, and a lot about conservatives that he is the best hope the country has.