Bennington black-bagged—Woodward reveals nothing—and solving “liberal coronavirus” all by myself. 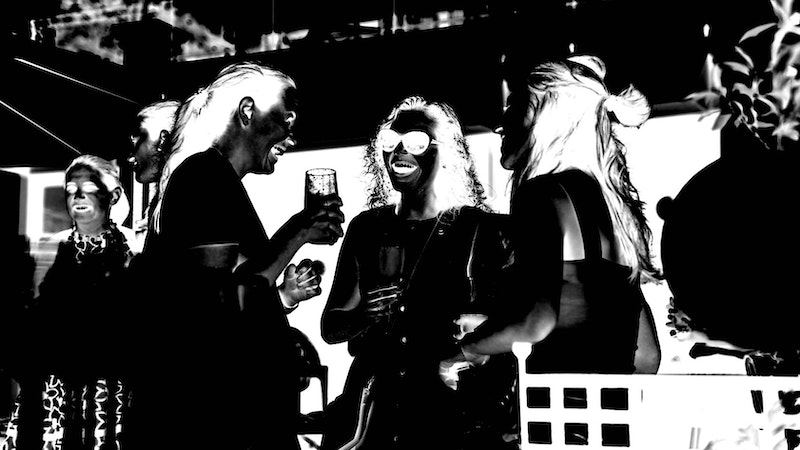 Once upon a time, birds of the flightless variety were left alone. Then the apes emerged and the continent split and we sank to the low of the land. For millennia, my kind has served as fodder and free labor for the human race. Our blood sacrifice has never been reckoned with by you sick, sick people. You keep us in kennels and cages and pump us full of corn and wheat and execute us indiscriminately—conditions of our death are treated as comedy in your world.

“Like a chicken with its head cut off” is an expression that means “crazy,” “histrionic,” and “mildly dangerous.” Meanwhile, you push us into industrial death machines and breed mutants that suffer to better serve your mastication masters. You don’t have to eat us. Many people aware of their capabilities and talents neglect them, and allow themselves to be subsumed by the society they once and perhaps still claim to oppose. They do not.

At least Donald Trump is honest enough to smile and give a thumbs-up in front of a bucket of fried body parts murdered by the KFC Party. I’m not sure if Joe Biden and Kamala Harris have advocated for vegan diets or the immediate closure of all slaughterhouses in the United States, but if asked, they’d probably say they’d be for it after the 2024 election. I want to see that demented son of a bitch eat a “tender” on live television. I’ll make sure Bennington is in the audience (kidding).

A survey conducted in late June with 2200 Americans showed the rise of “hipsteaders,” another garish nickname for animal slave traders: “The survey shows a mix of yearning for tradition and new ways forward. The number of people who want to spend more time raising chickens after the pandemic is 4%, the same as web design. Beekeeping came in at 2%, equaling 3D printing.” Do you know how many white women my wife has had to run away from recently? Thirty-seven. THIRTY-SEVEN WHITE WOMEN. Why are they bothering my wife? I thought they had a thing for dogs.

Last week my cousin Bennington was accosted by a middle-aged couple from out of state. They were wearing masks and black tactical gear—I can confirm this description based on security camera footage gathered (stolen) from the Burger King adjacent to where the incident occurred. Bennington was minding his own business, simply perusing the menu of the town’s murder market, seeing what new forms and contortions our man masters have shaped us into to be picked off of Technicolor drive-thru menus. He was looking—doing research—when the couple came up and tried to grab him. “Looks too real,” one of them said. “Why is it moving around so much?” They were high on LSD. Escaped test subjects from [REDACTED].

Bennington spur-clawed them, but it was no use: they had tactical gear, and soon he was in an unmarked black van being driven 100 mph to Tuscaloosa. Luckily, these two idiots stopped for another meal (fat), and my cousin was able to escape with the trunk hatch and a flare gun I got him for his 478th birthday. The police came, the couple left, and Bennington spent the next week in jail, where he contracted the novel coronavirus known as COVID-19. “It was fine,” he told me, “nothing. Really just a bad flu. Like the President said, a really strenuous flu. It’s true! You can try it if you want…” He stuck out a wing. I demurred. I’m not ready to experiment on myself.

I, for one, sympathize with Bob Woodward. As an author myself, I understand how precious exclusives can be. They can make or break careers. From what I understand, this fellow has been grinding it out for nearly 50 years now, a real shoe-leather reporter who (I believe) never had any real success in life. So he’s getting desperate—you wouldn’t? The guy’s never had a hit, he’s never been a household name. Now everyone is talking about Woodward. He may only be recently famous, but everyone knows that all publicity is good publicity. Maybe he can help me with foreign sales of Always a Stone and get me in touch for my dream biography project: Donald Spoto. I’ll write about you one day, sir. Your books have provided me with much warmth over the years. (I’ve read them all, and admit I’ve also used remaindered copies as kindling in our barn. Do not judge us for our failures for we have not forgotten them.)

President Trump told Woodward that COVID-19 was “five times more deadly than the flu” on February 7, 2020. His new book, Rage, is out next week, and is only now being excerpted. Some have questioned Woodward for sitting on such explosive tapes for so long, others question those who question others who sit on explosive objects—why would you do that? Are you trying to keep it from exploding? If so, why were you sitting there in the first place? No one asked you to help. A rather catty story by Dylan Byers for NBC had this to say: “In a brief interview with The Associated Press, Woodward said he needed time to ensure that Trump's remarks were accurate. ‘He tells me this, and I'm thinking, 'Wow, that's interesting, but is it true?’' Woodward said. ‘Trump says things that don't check out, right?’ It’s not clear which part of Trump's remarks about the deadliness of the coronavirus, or his desire to play it down, necessitated six months of fact-checking.”

OOOOOOOOOOOOOOOHH! Journalist cat-fight. You people fight amongst yourselves every day, always losing the forest for the trees, domed to repeat the mistakes of your great-grandfathers because you refuse to learn anything about history. If you want to know more about what’s happening now, don’t read about the Weimar Republic. Read about Europe in 1919. Read about the democratic revolutions of 1848. Read about Adenauer. Did you know that during the Blitz, London’s life expectancy actually went up? It’s widely believed this was because of food rationing: nobody had much food, but everybody had some food. The essentials were covered. And this is when bombs were dropping from the sky like so much fat black rain.

Those people slept in the “underground” and went weeks without electricity or running water. Many lost their homes; others lost their lives. We shouldn’t be comfortable but we shouldn’t forget the toil that was taken and suffered through so that we may live relatively comfortable lives of intellectual exploration. I fear that our immediate needs for survival will stymie this creative impulse in the next decade. We must endeavor to persevere. We must show that art is as vital as food, and to do that we must gain back the trust of the people. How? By making better art. And with that, I’m off to start my fifth novel: Liberal Coronavirus and the Monkey Named Lola (Knopf, 2022).