Bird Lives: Do They Matter? 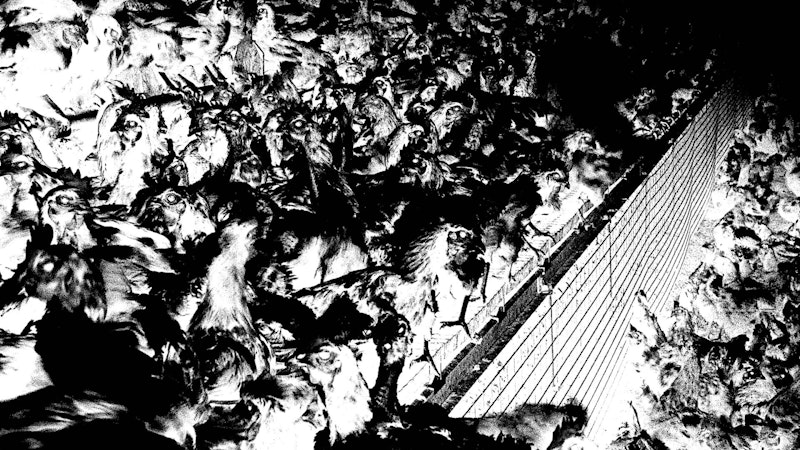 These days you can’t turn one stone over or pull off a hit & run on a squirrel without seeing someone’s “BLACK LIVES MATTER” sign. As my dear, dear friend Oliver Bateman often says, “You love to see it.” Along with these signs are others that begin with, “IN THIS HOUSE, WE BELIEVE…” and on follow half a dozen tenets. Perhaps they are commandments: “MEN,” “WOMEN,” “GAY,” “BLACK,” “BIPOC,” “LATINX,” and on and on. I had to stop reading because I thought I got tricked into visiting the Parallax Corporation again.

Out on my morning stroll (three p.m.), I see few signs. In rural Massachusetts, there are plenty of TRUMP 2020 signs, and I’ve seen only two BIDEN/HARRIS signs. There are far more yard signs for Elizabeth Warren, despite the fact that the Senator failed to win a single primary or excite any demographic outside of upper class white women who still haven’t gotten over being denied the agency of representation with Hillary Clinton as president.

That always seemed so silly to me. Doesn’t everyone know that Hillary is a lizard? I’m not even sure if she possesses a single human female trait. Then again, you haven’t seen the person I have. Let’s just say that “deep fakes” have been around a lot longer than you think. Anyway, I was having a casual conversation with my neighbor (drug dealer), a nice female owl who hasn’t slept in 400 years. Sally is her name and she’s just beginning to get the runoff frustration and anger from the hurricane directed at her.

“People don’t understand how difficult it can be,” she told me, “when scientists name a natural disaster after you.” I reminded Sally that the hurricane wasn’t named after her specifically, and that her name—while very beautiful—was common. She told me to get out of her house and untie her, which I didn’t. When people are rude, you need to teach them. Do better next time, Sally.

If you find yourself in the path of Hurricane Sally (not my friend Sally [bitch]), it’s advised that you evacuate. If this isn’t possible, call your local representative. If that doesn’t work? You better be voting in November, jack. You ain’t black if you ain’t fat, jack. I think Joe Biden said that. Might as well have. Is he okay? I don’t know anymore… sometimes he seems just a little “off.” Maybe that’s just me though. Couldn’t he have gotten a better facelift? Better dentures? Proper makeup? He looks like a caramelized mummy. Presidents should not look like delicious skeletons.

On another note, my joints hurt. It’s not easy getting older: your wings ache, your feathers fall, and the scales, which once rested comfortably over the entire horizon of your vision, fall away too, and the truth is finally revealed once and for all: “a chicken fried this rice.” What? You can say that again…

“Bennington, we’re concerned about you.” Rooster’s in my ear again. Oh my god, as if I need to go to rehab for the 600th time. I will be minding my own business as they mind theirs. “People are too busy keeping up with other peoples’ business,” Sally told me, “and generally I think a laissez-faire attitude toward personal behavior and beliefs should be adopted by everyone.” Inside, I knew what she said was problematic, and that the question of her cancellation was a question of when not if, but I didn’t speak.

Bird silence is violence. And that’s why I didn’t say anything then and why I didn’t say anything when Sally was fired for suggesting that heroin should be administered in lethal doses to Trump voters “in order to prevent further victories for white supremacy.” Besides wasting good narcotics on dead people, what she was doing was unethical. Why? Because she let her patients die. And why didn’t I say anything? Because she didn’t kill any birds, just people. Bird lives matter. Remember that.